Tribute to a Good Scout

A visit from Scouts 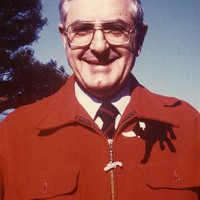 Having been a Boy Scout and a Sea Scout as a child, Atiyeh returned to the Scouts as an adult to serve, first as a Scoutmaster and later in positions of increasing responsibility. His positions included President of the Board of the Portland Area Council and President and Commissioner for the Columbia-Pacific Council.

A Scout, the Boy Scout Law holds, is " trustworthy, loyal, helpful, friendly,  courteous, kind, obedient, cheerful, thrifty,  brave, clean, and reverent " -- ideals to which Atiyeh held himself throughout his public and private life.