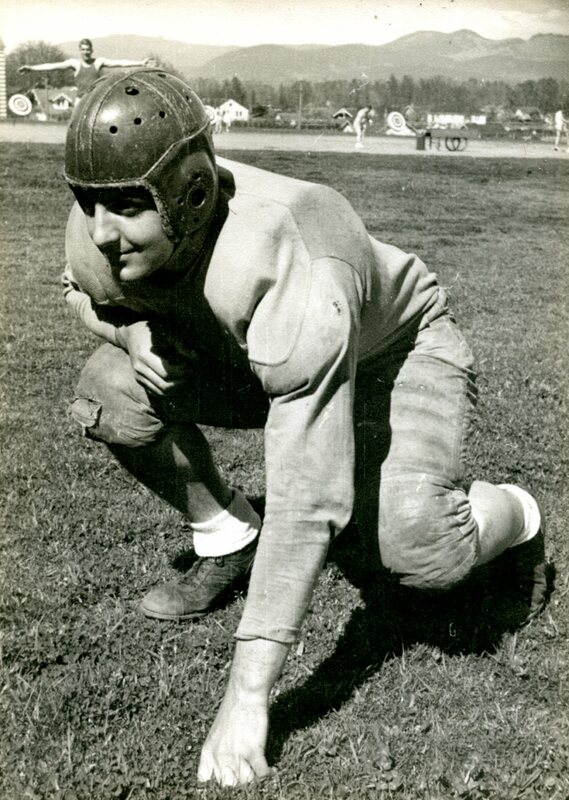 Atiyeh continued his football career at the University of Oregon where he attended after high school. Atiyeh was a linebacker for the Oregon Ducks, but was redshirted his freshman year. In the middle of his college career, the United States was pulled into World War II. While most of Atiyeh’s male schoolmates enlisted, he was unable to due to a previous medical ailment. Because of this, and his football skills, he was recruited by several NFL teams. His most serious offer came from the Green Bay Packers. Atiyeh received a letter, dated June 6, 1944, from Curly Lambeau offering him a spot on the Packers team. After much consideration, Atiyeh politely declined the offer. Despite this, he remained in contact with the Green Bay Packers organization for the remainder of his life, even corresponding with Packers coaches Bart Starr and Mike Holmgren. 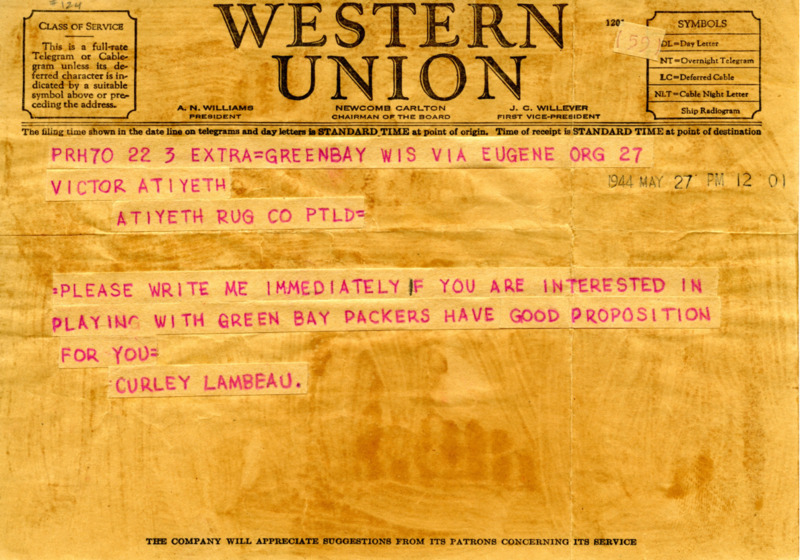 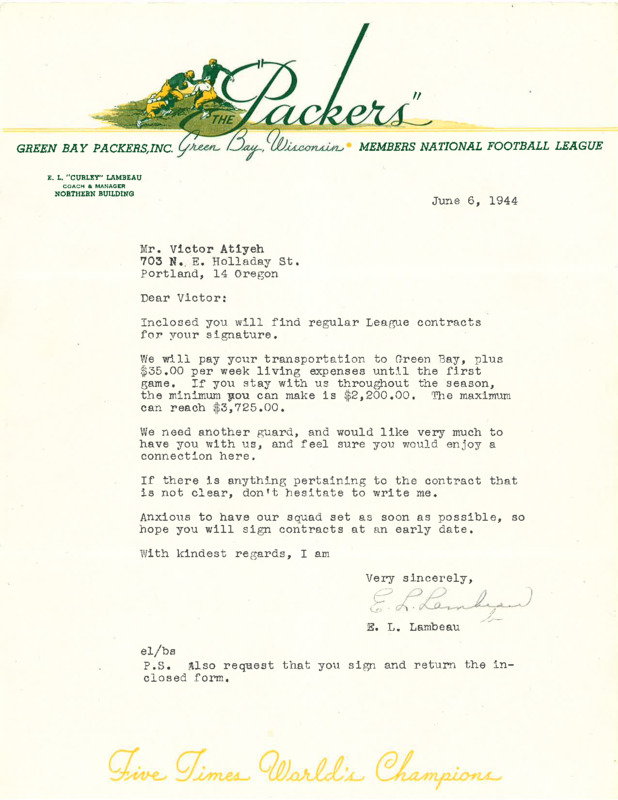 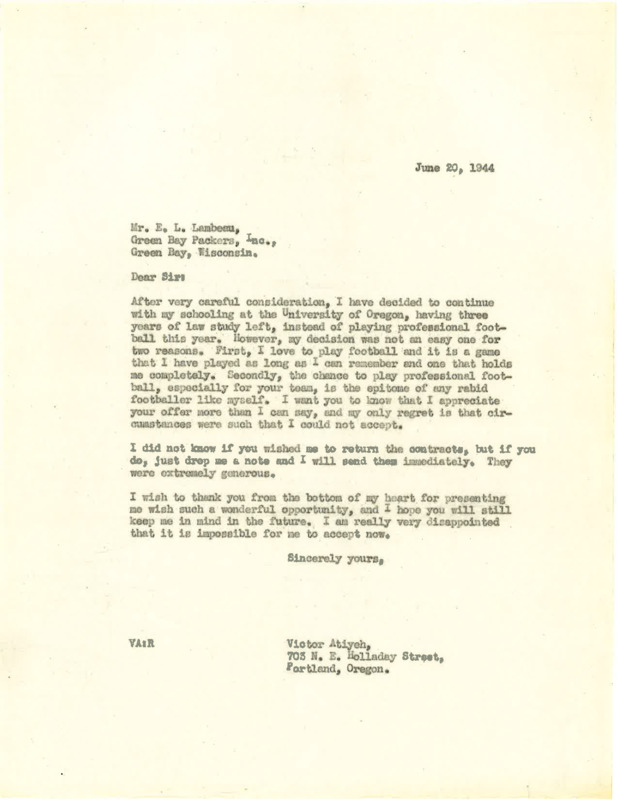 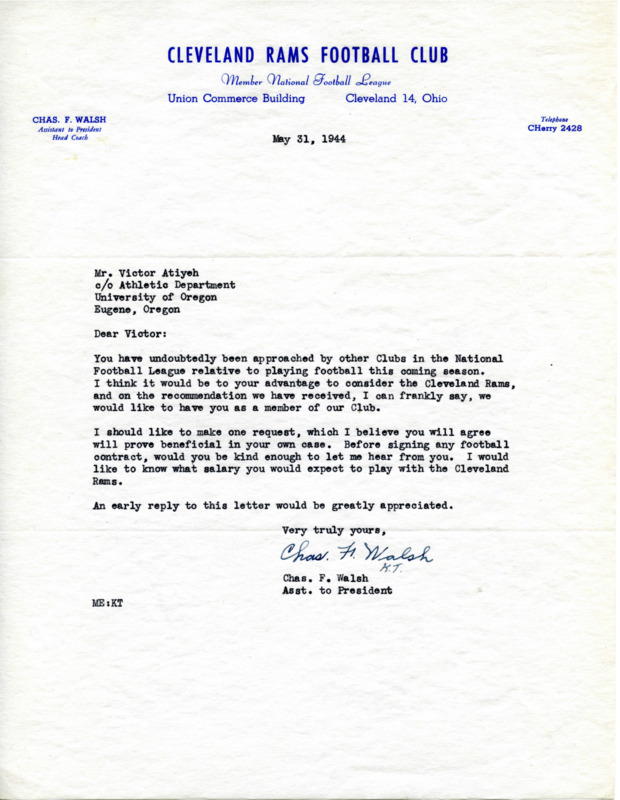 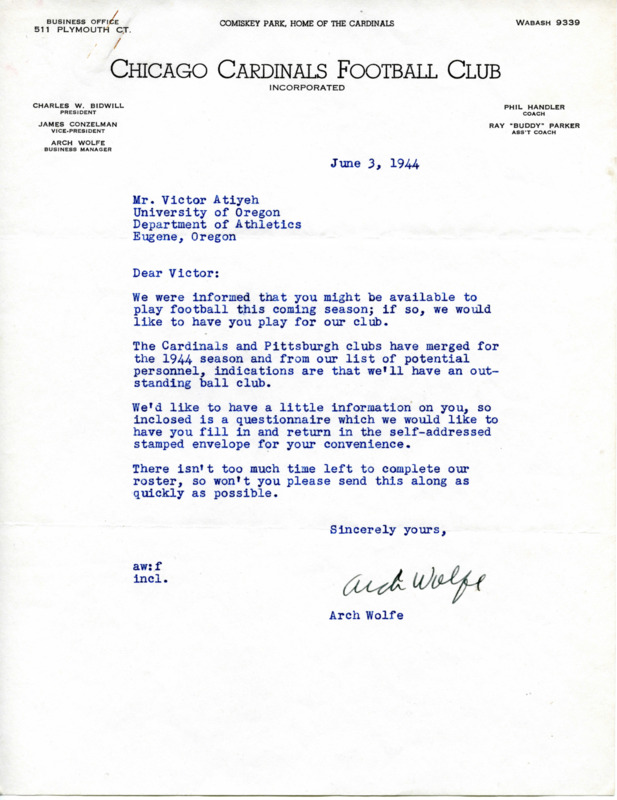 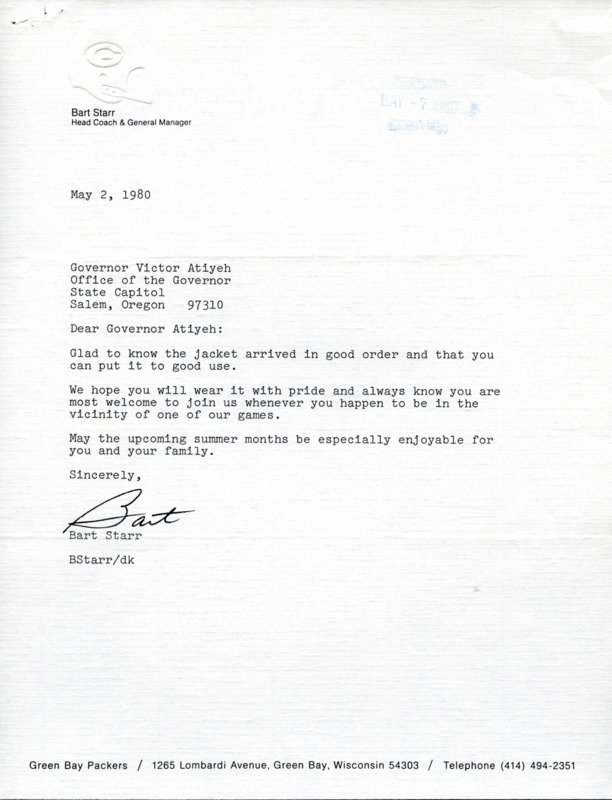 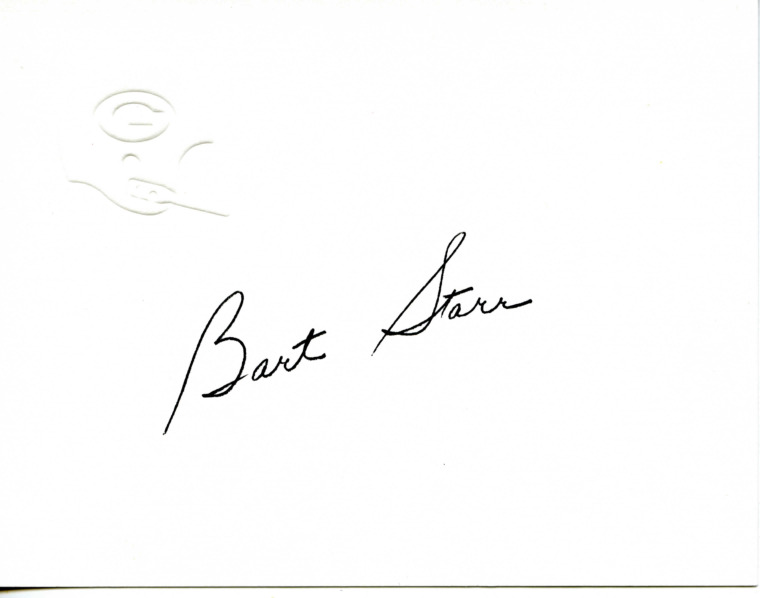 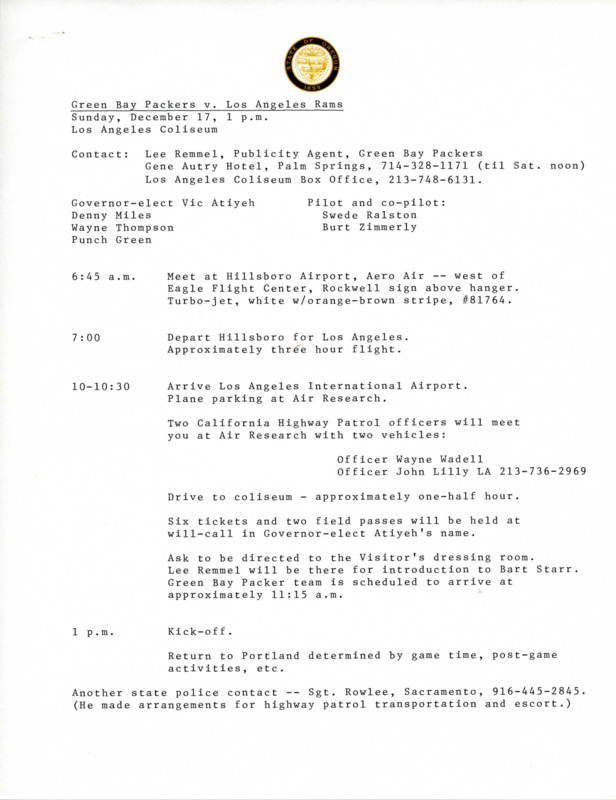 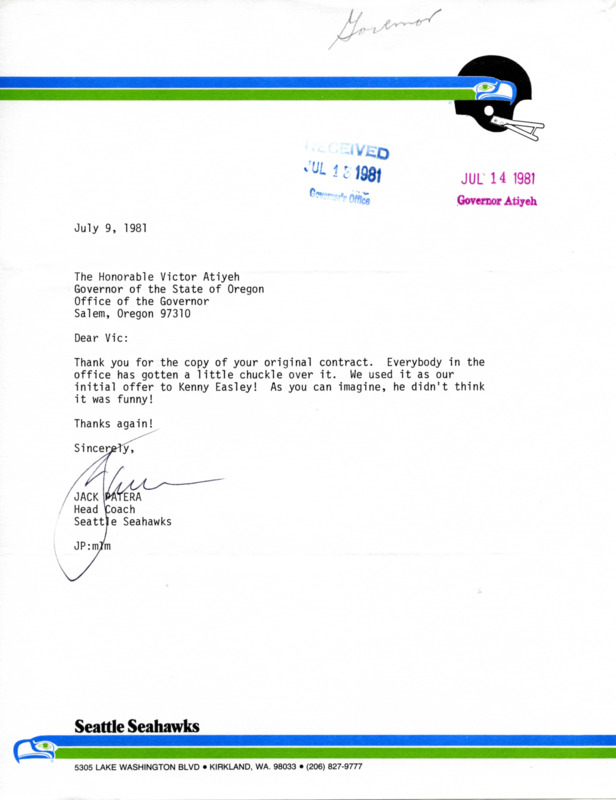 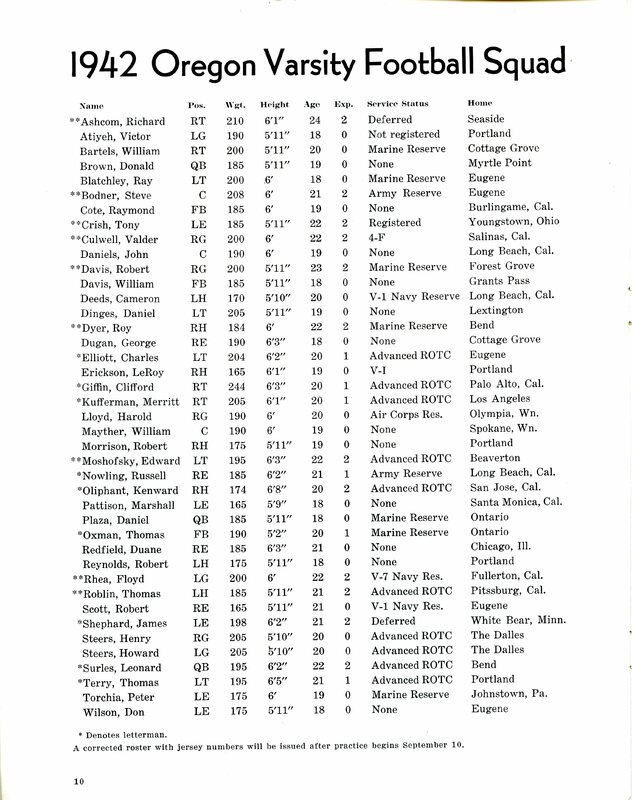 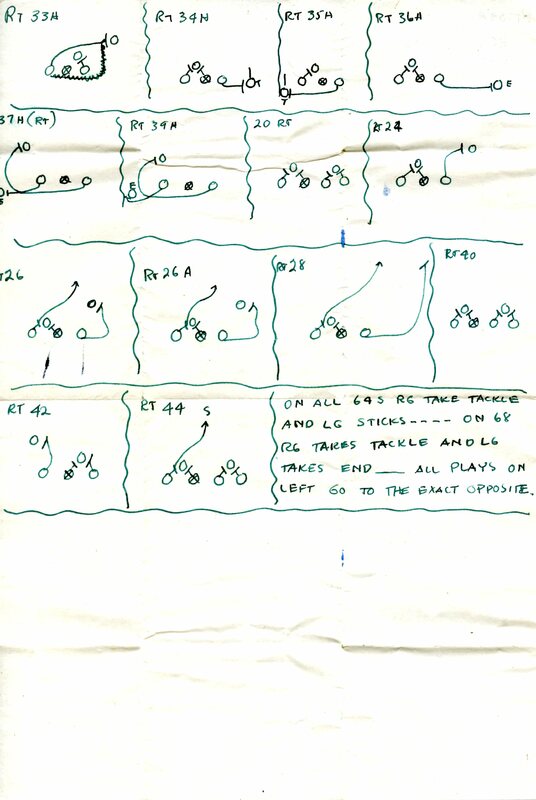