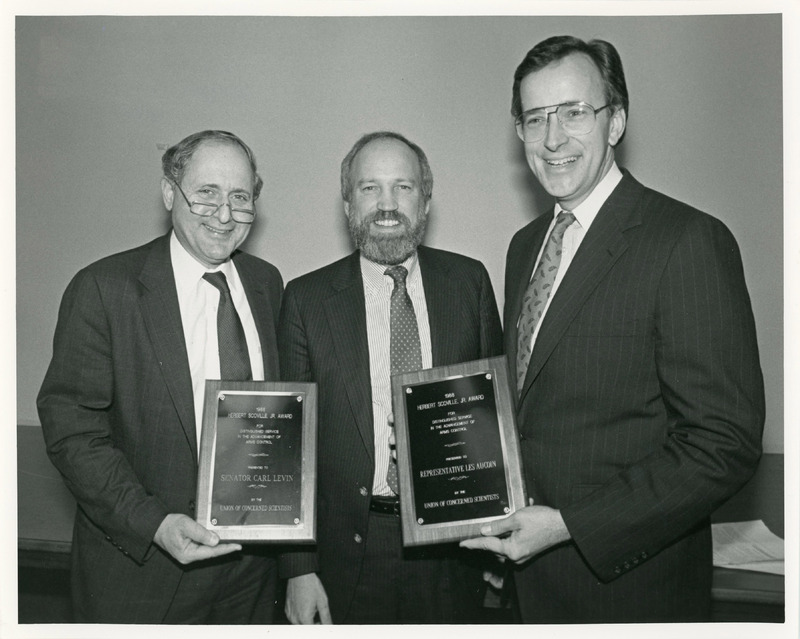 
The nuclear freeze movement called for an agreement between the US and Soviet Union to halt the production, testing, and deployment of nuclear weapons. The movement had its roots in the 1950s, developing alongside the arms race of the Cold War. During the 1970s, the US and the Soviet Union participated in Strategic Arms Limitation Talks (SALT I and II), which established limits on the nuclear development of both countries. However, these agreements fell apart in the late 1970s, and both countries began developing nuclear weapons again. The rising threat of nuclear warfare inspired the nuclear freeze movement.

From his position on the Defense Subcommittee, AuCoin supported the legislation of a nuclear freeze agreement between the US and the Soviet Union. In 1983, he helped pass House Joint Resolution 13, calling for “a mutual and verifiable freeze on and reductions in nuclear weapons”. As he describes in his memoir:

In its key arms-control feature, it banned ballistic-missile flight tests - thus preventing improvement of first-strike accuracy. US and Soviet surveillance satellites would easily observe even a single such test, making compliance of a mutual freeze easy to verify. Moreover, the absence of flight testing would degrade the reliability of existing weapons. That was the point: if an aggressor can’t be certain his weapons will destroy their targets, it would be suicidal to initiate use of them.1

While the resolution passed in the House of Representatives, it failed to pass in the Senate. However, AuCoin continued his efforts to reduce the threat of nuclear warfare through a reduction in nuclear weapons. In 1988, he helped pass the legislation banning the testing of anti-satellite weapons, a huge win for arms control in Congress. 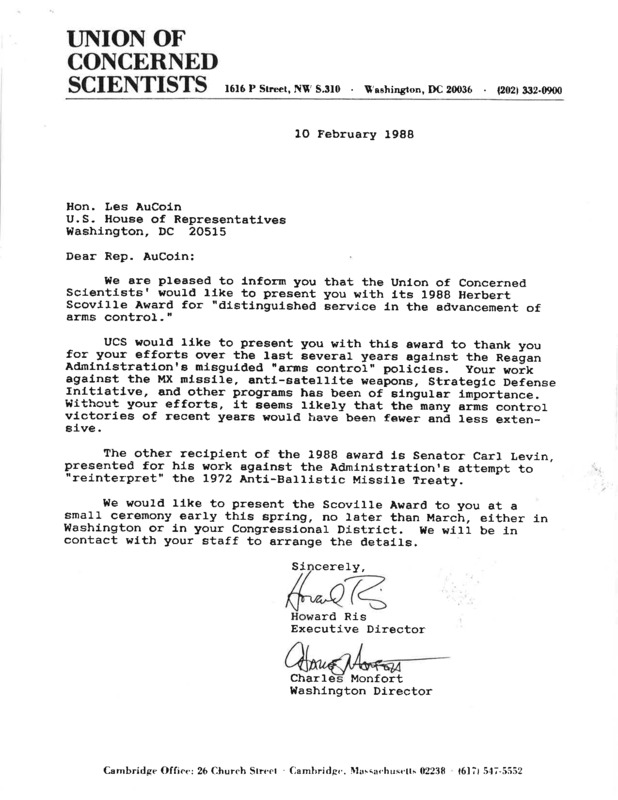 Letter from Union of Concerned Scientists 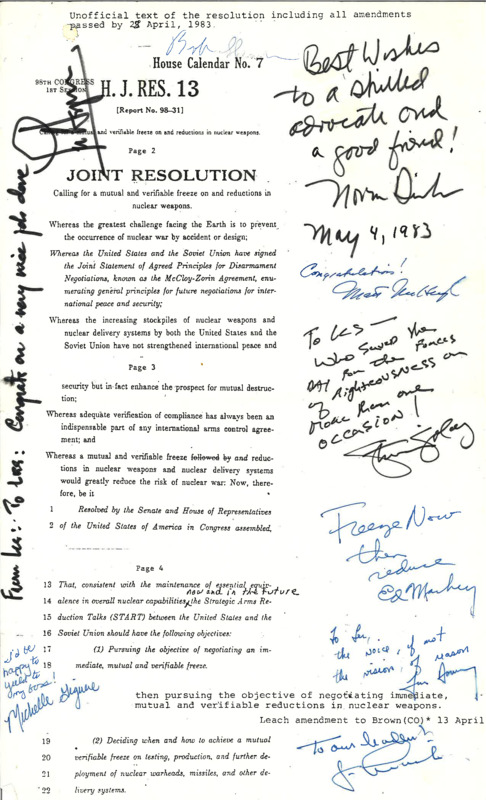 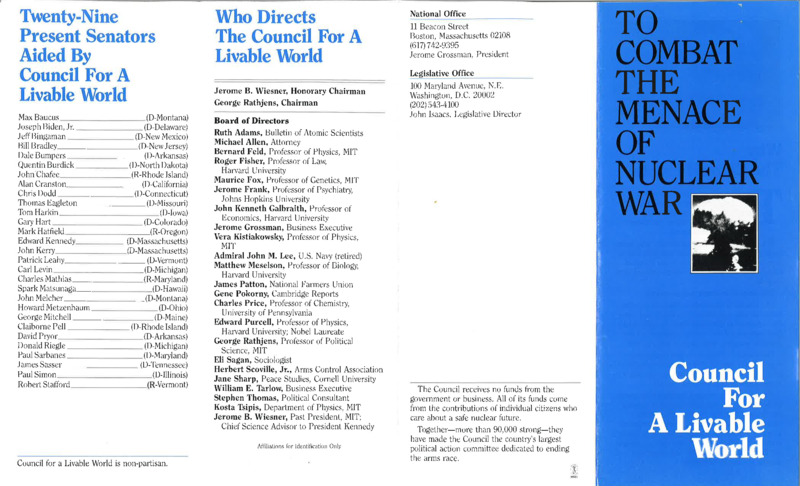 "To Combat the Menace of Nuclear War" 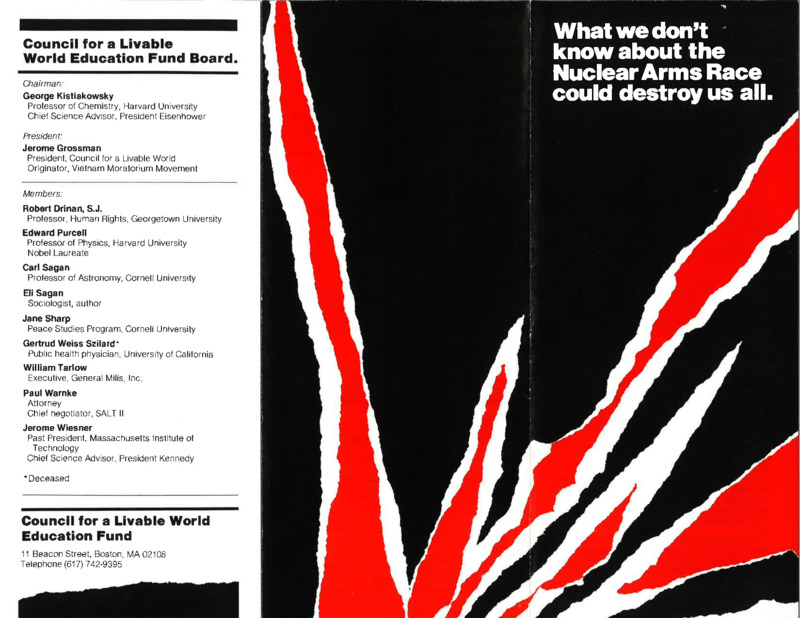 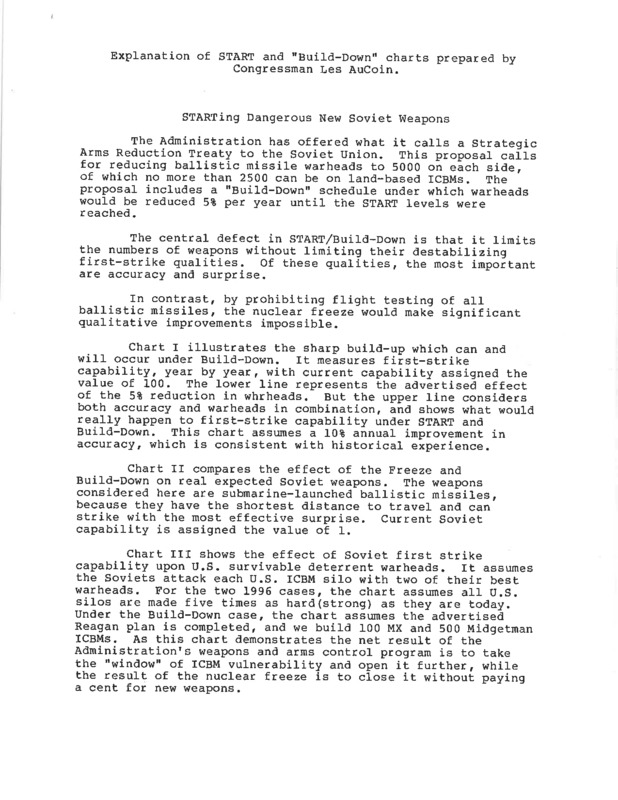 "Explanation of START and 'Build Down' Charts" 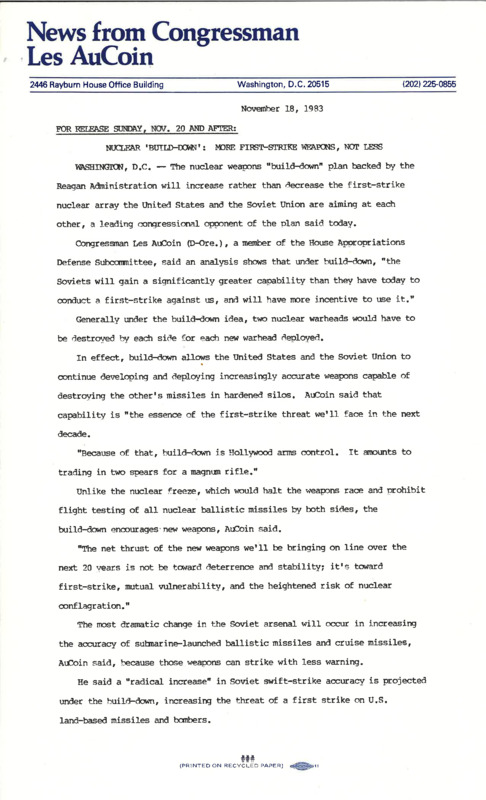 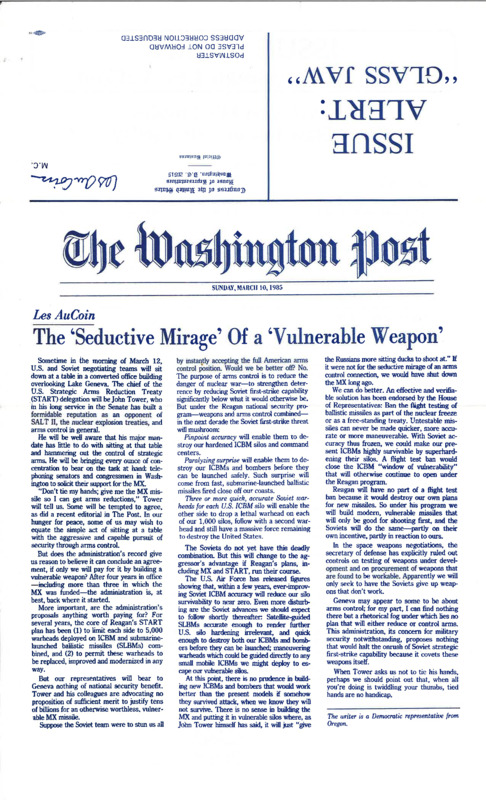 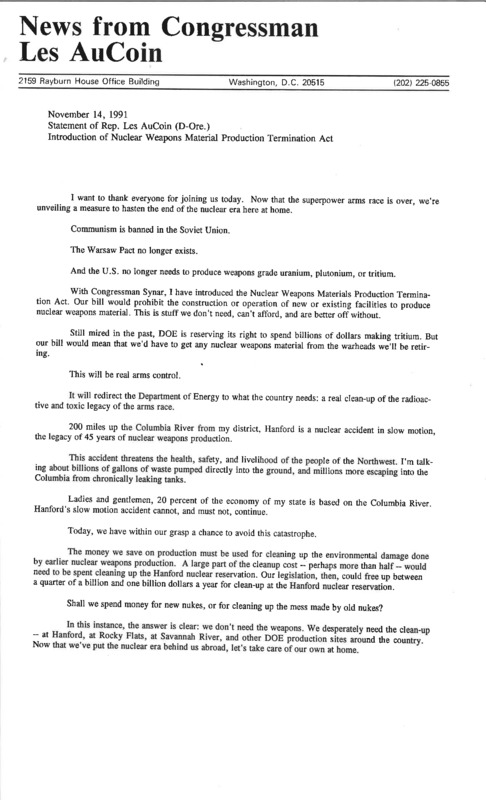 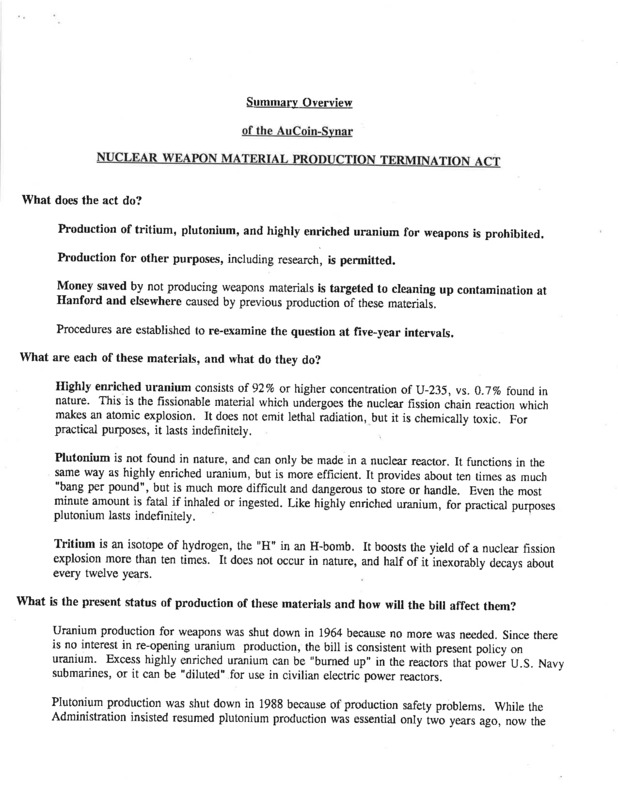 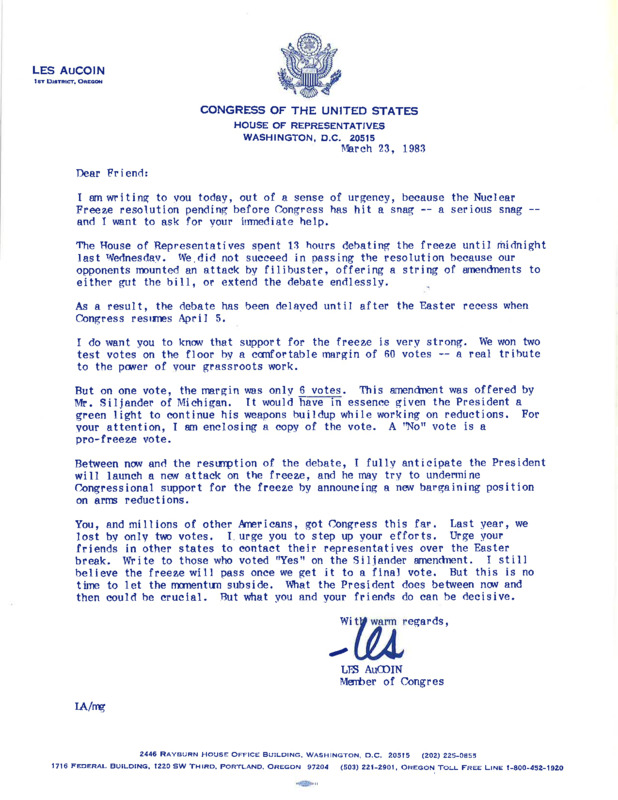 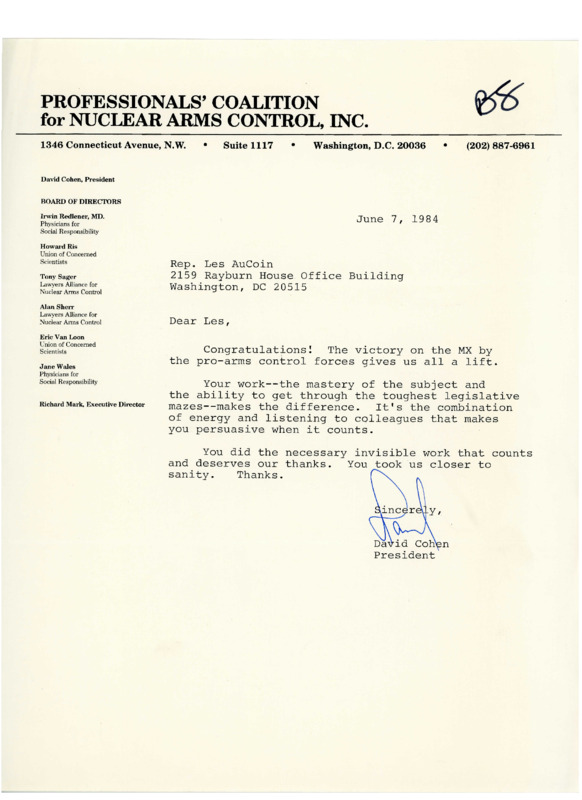 Letter from President of Professionals' Coalition for Nuclear Arms Control