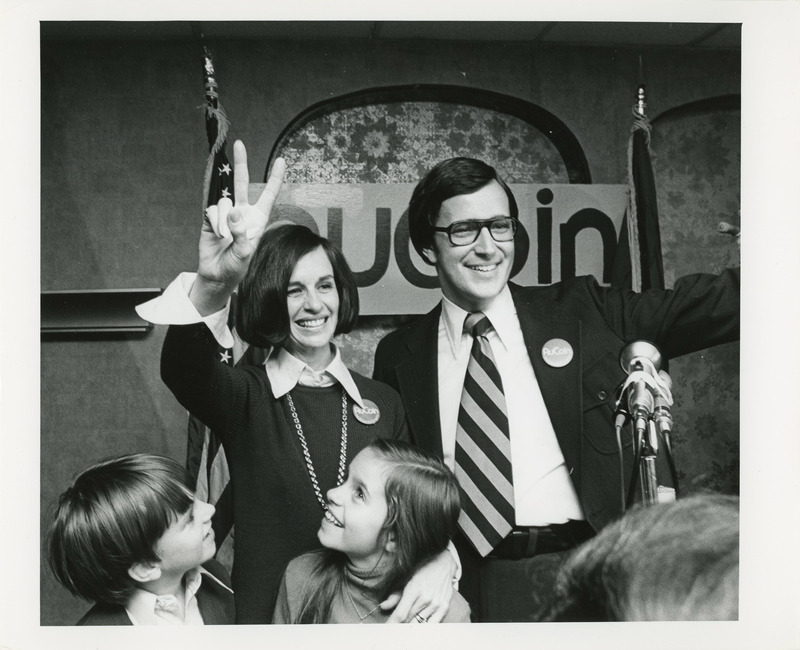 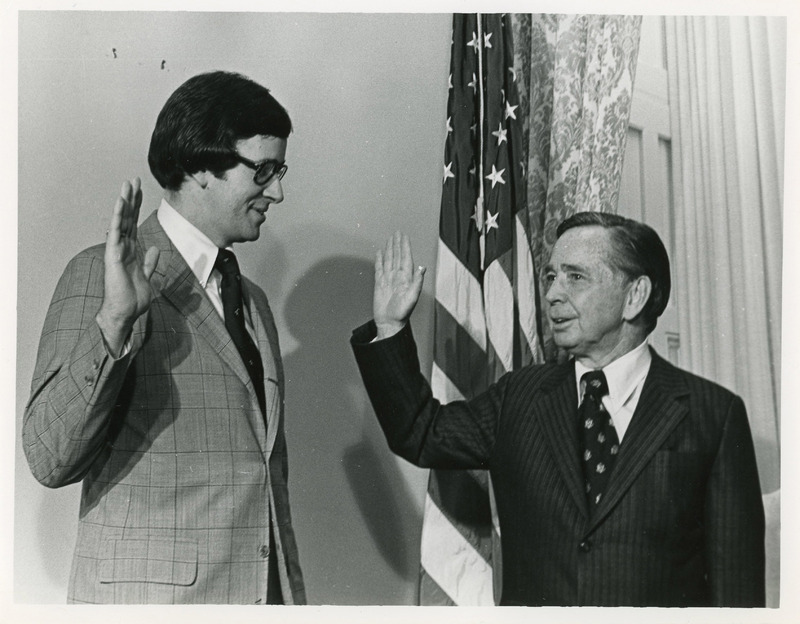 AuCoin is sworn in 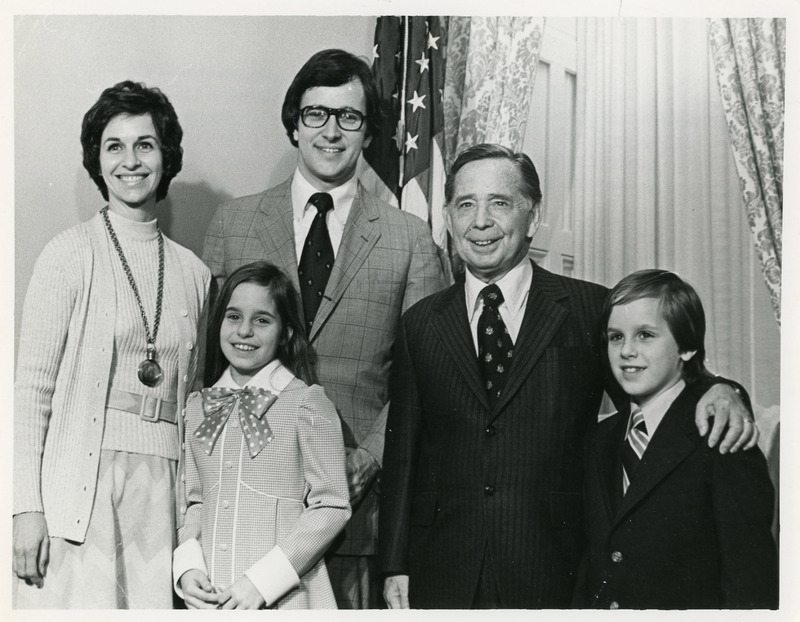 
After serving four years in the Oregon House, AuCoin decided to run for the US House of Representatives from Oregon’s 1st district. Representative Wendall Wyatt, the Republican who held the seat for the previous six years, retired and left the seat empty. AuCoin and his wife took out a loan to fund their first congressional campaign, which cost a total of $150,000. AuCoin went on to win a five-way Democratic primary and run against Republican Diarmud O’Scannlain, the state public utility commissioner, in the general election.

When AuCoin won the election with 56% of the vote, he became the state’s youngest ever congressman and first Democrat ever elected to Oregon’s 1st district. Nixon’s Watergate scandal had resulted in a backlash against the Republican party, and AuCoin was one of 49 newly elected House Democrats in 1974. The Republican Party assumed that they could win the seat back in the next election, but AuCoin was reelected another eight times. The seat has remained Democratic ever since.