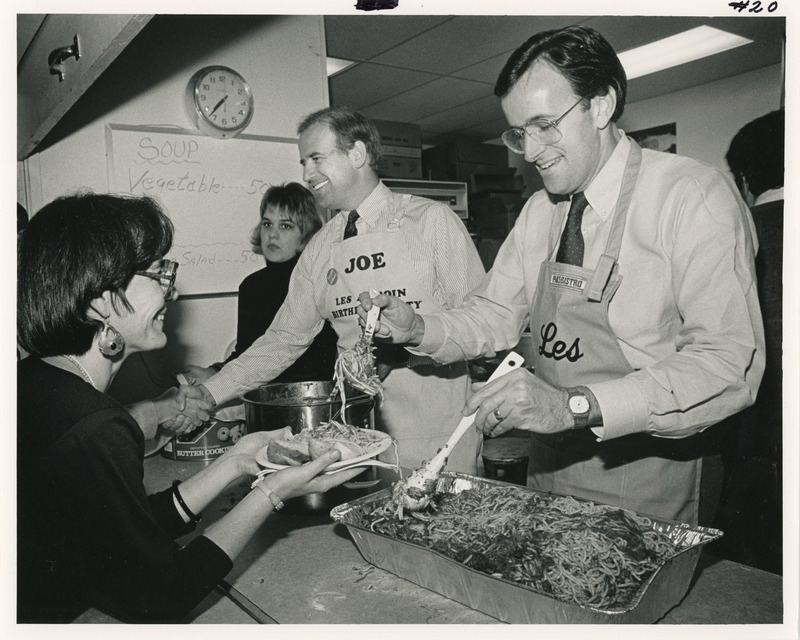 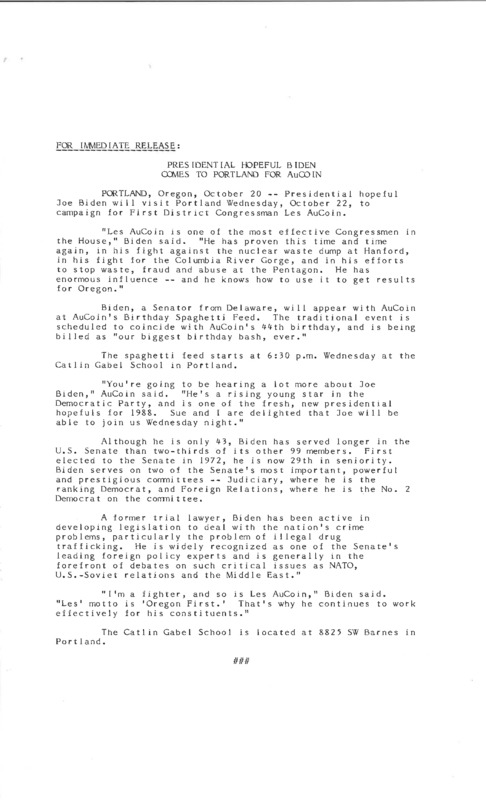 In 1986, AuCoin was one of thirty-five Democratic members of Congress the Republican Party hoped to unseat in the general election. While AuCoin had already served in the US House for twelve years, the Republican Party continued to view Oregon’s 1st district as easily flipped. AuCoin faced Republican Tony Meeker in the general election. Meeker had served in the Oregon House of Representatives from 1968 to 1972, and the Oregon Senate from 1972 to 1986. The 1986 race for Oregon’s 1st district was both the most expensive congressional campaign in the state and the one featuring the most experienced candidates, with over 30 years of legislative experience between AuCoin and Meeker.

October marked a particularly eventful month for the race. Then-Senator Joe Biden came to Portland to campaign for AuCoin, highlighting AuCoin’s environmental work in the Columbia River Gorge and with the Hanford nuclear waste site. On October 22th, Biden was a guest at AuCoin’s 1986 spaghetti feed fundraiser, a feature of AuCoin’s campaigns since 1970. At the time, Biden was a presidential hopeful for the 1988 election.

Later the same week, AuCoin faced Meeker in a debate hosted by the City Club of Portland, a nonpartisan civic organization, and aired by Oregon Public Broadcasting. The debate, which was held on Friday, October 24th at the Westin-Benson Hotel, included opening and closing statements as well as questions from the candidates, City Club panel, and the audience. In their opening statements, AuCoin stressed that Oregon benefited from his seat on the House Appropriations Committee, while Meeker argued that AuCoin’s record in Congress was a “mirage”. At the end of the debate, the Oregon Public Broadcasting correspondent concluded, “The only point that was clear was the lack of specific responses by Senator Tony Meeker”.

While earlier polls showed a close race, AuCoin went on to win the election with 61% of the vote, earning a seventh term in congress. 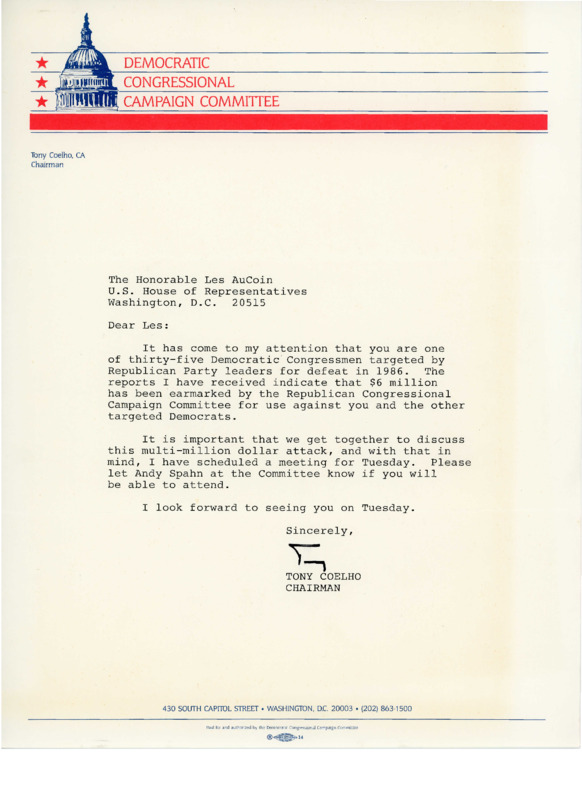 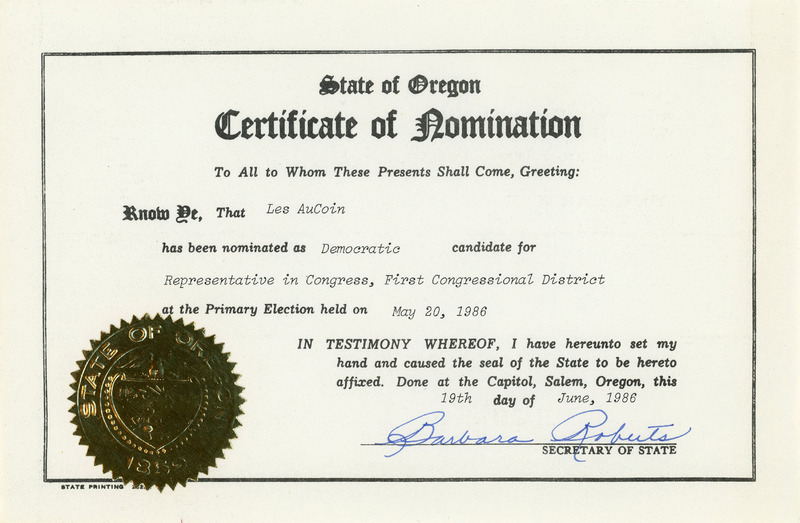 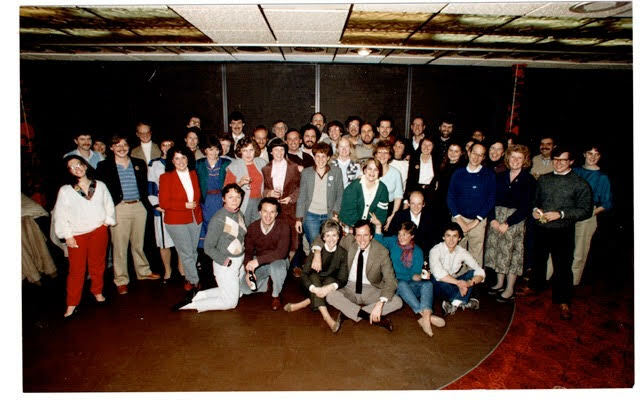