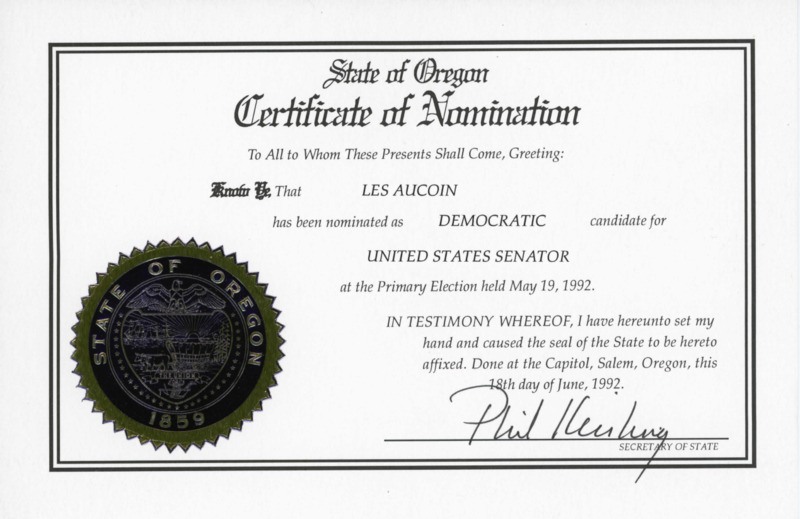 In 1992, AuCoin gave up his seat in the House of Representatives to run for the Senate. By that time, AuCoin was 84th in House majority, dean of the Oregon House delegation, a majority whip, and a veteran member of the House Appropriations Committee. He ran against Republican Senator Bob Packwood, who had held the office since 1969. As AuCoin wrote in his memoir, the two were on opposite sides of most issues:

"I was fighting for nuclear arms control, and Packwood wasn’t. I resisted American support of right-wing dictatorships, and he didn’t. I was for universal health care, and he wasn’t. I supported “trickle-up” economics to help the middle class and poor. He supported “trickle-down,” which favored the rich."1

In the Democratic primary, AuCoin’s biggest opponent was Harry Lonsdale, a multimillionaire businessman who ran as an outsider to Washington politics. He ran an expensive campaign against AuCoin, targeting him as corrupt. Packwood also became involved in the Democratic primary, running attack ads against AuCoin. In May, the primary results were close enough to trigger an automatic recount, and AuCoin was eventually certified as the winner by 330 votes. While he won the nomination, the difficult primary had drained AuCoin’s campaign of most of its funds, while Packwood was fully prepared for the general election. With these funds, Packwood launched a variety of attack ads against AuCoin’s campaign, which was unable to match his opponent’s spending.

Packwood focused many of these attacks on AuCoin’s involvement in the House Bank. In 1991 a government audit of the bank, where House members could deposit paychecks, showed hundreds of members with overdrafts on their accounts. Packwood used this to accuse AuCoin of being irresponsible and corrupt. Further investigation eventually revealed that, while a few members intentionally abused the bank, many of these overdrafts were caused by the bank’s delay in processing deposits. In September 1992, the US Department of Justice cleared AuCoin of any wrongdoing with the bank. However, the results of the investigation came late in the campaign and did little to sway public opinion. In November 1992, Packwood won the election with 52% of the vote.

Shortly after the election, the Washington Post published a year-long investigation about sexual assault allegations against Packwood. Though both the Washington Post and the Oregonian had been investigating Packwood for a year, both papers waited until after the election to publish the story. Further investigation revealed that the allegations were true, and in 1995, the Senate Ethics Committee voted to expel Packwood from the Senate. 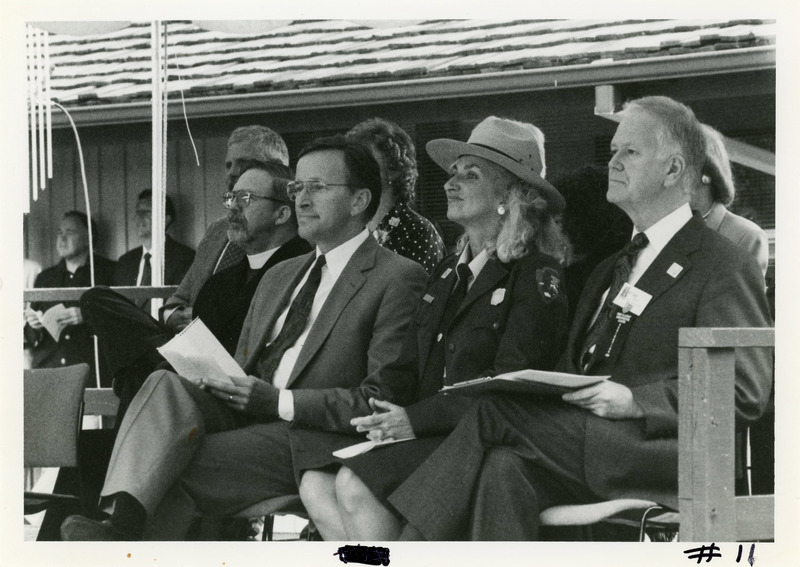 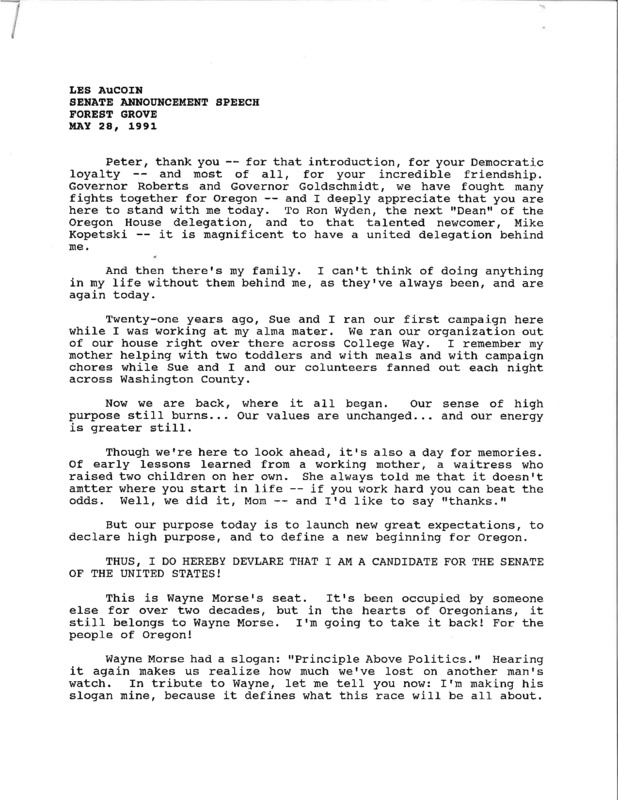 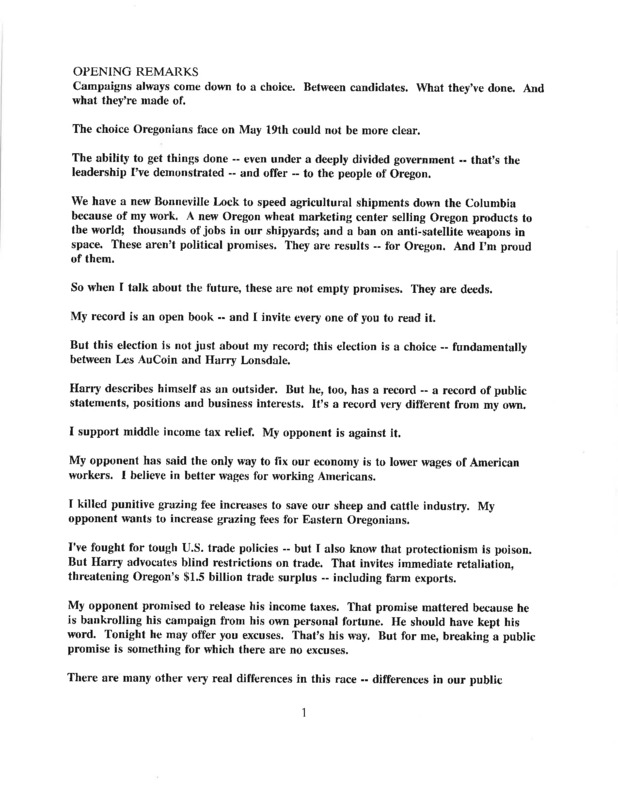 Remarks at the Democratic primary debate 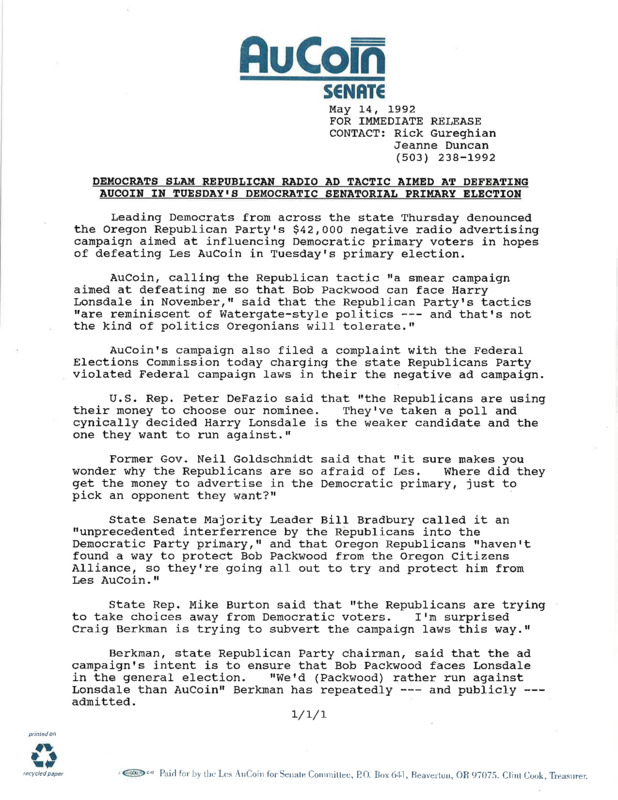 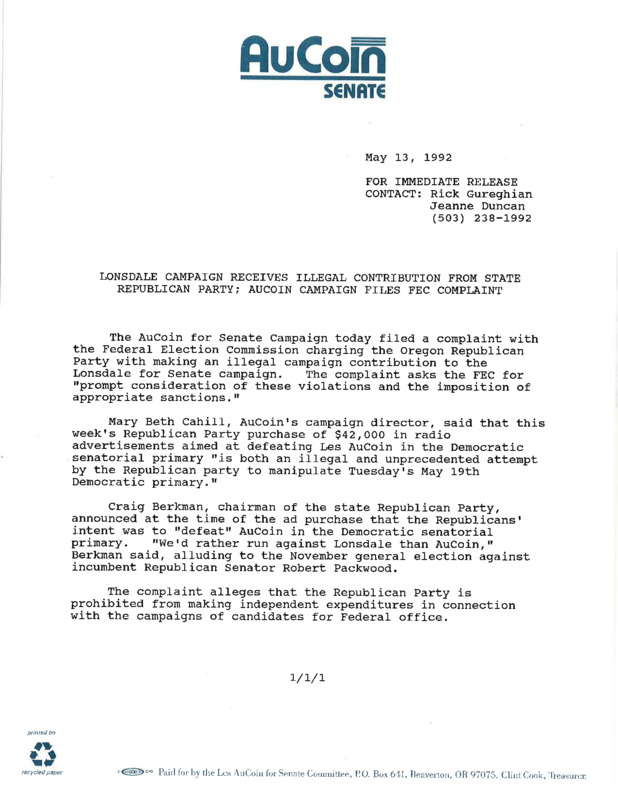 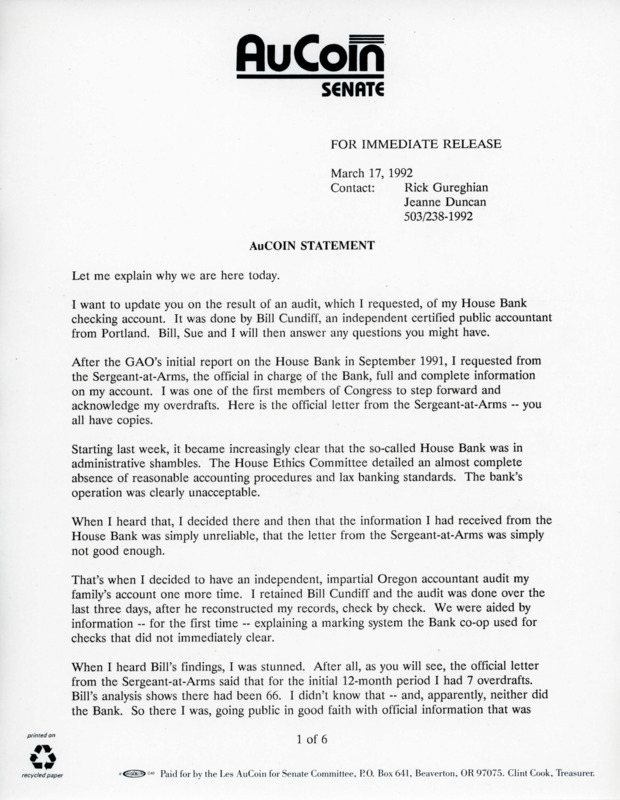 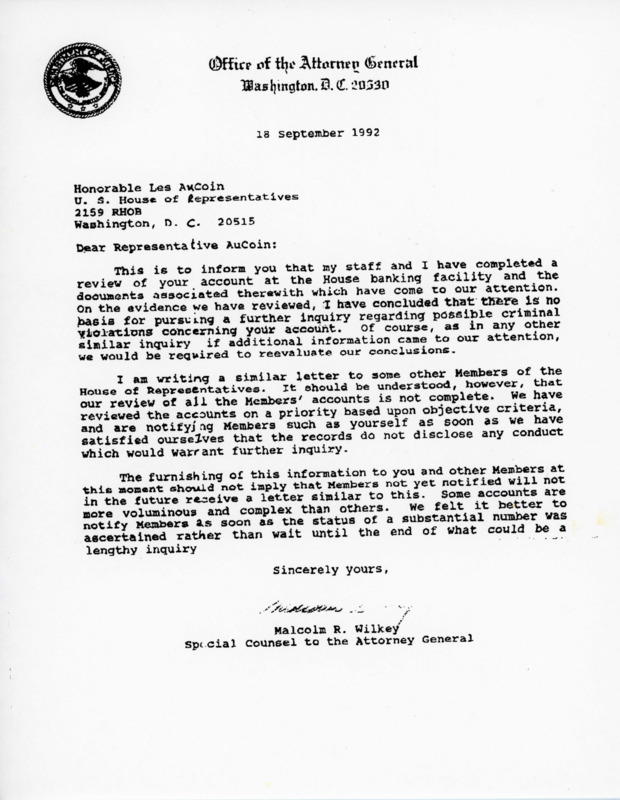 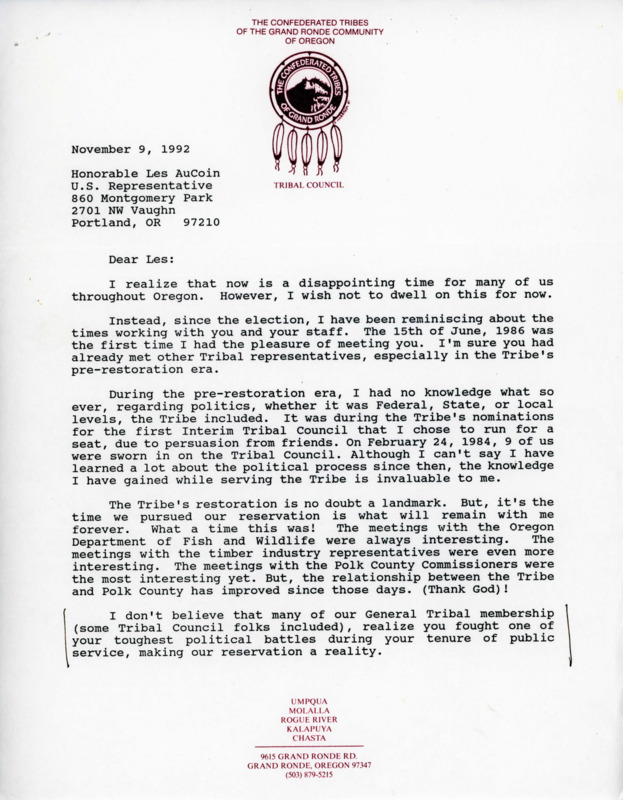 Letter from Mark Mercier to AuCoin 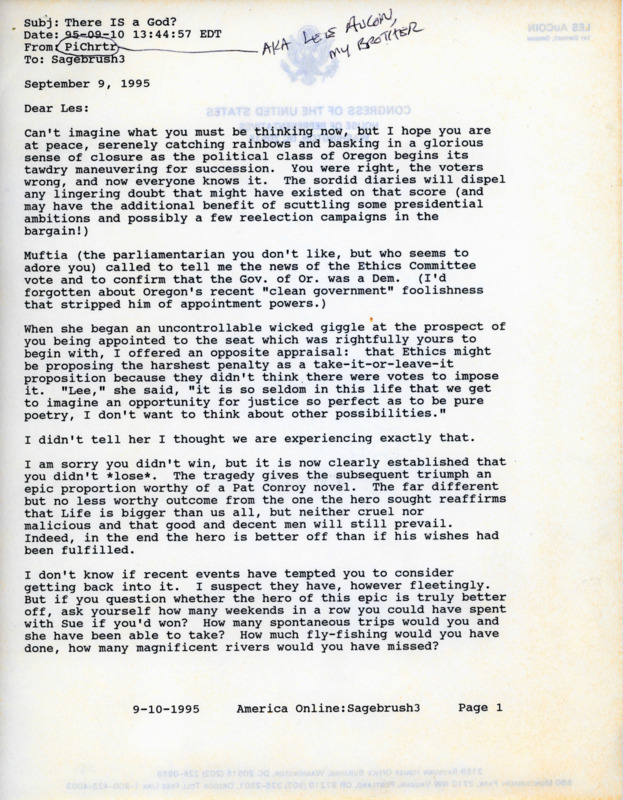