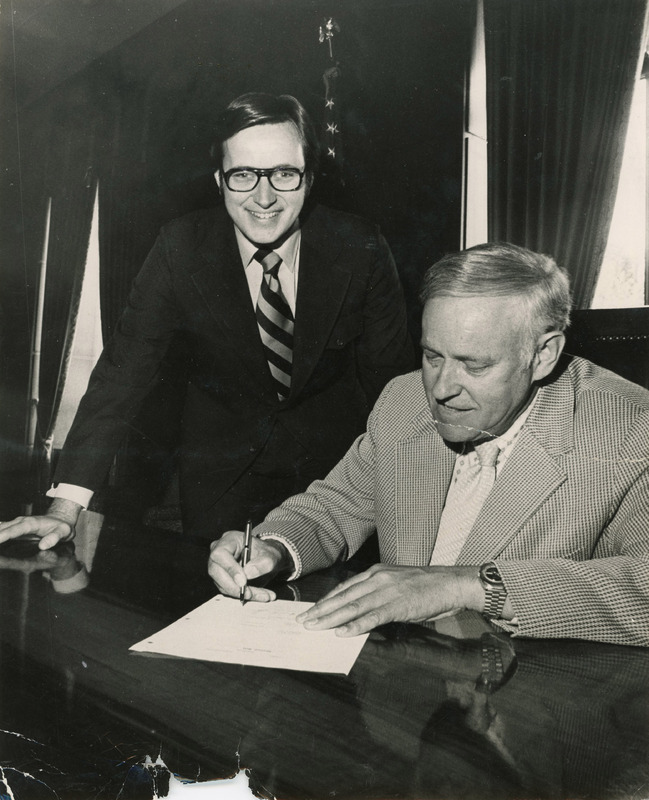 
In 1970, AuCoin was elected to the Oregon House of Representatives from Washington County, where he served from 1971 to 1974. In his second term, he was elected the House Majority Leader. As a member of the Oregon House, AuCoin supported consumer protections, environmental issues, and civil rights, even chairing the committee to ratify the Equal Rights Amendment.

While he was the House Majority Leader, AuCoin oversaw the progressive 1973 session. AuCoin described the session's accomplishments in his memoir:

"It created public employee collective bargaining; passed Oregon's first-in-the-nation statewide planning bill; enacted open public meetings, open records, and conflict-of-interest laws; set up the Portland area's Metropolitan Service District, the first regional local government in the nation; proposed the use of gasoline taxes for mass transit; rewrote the landlord-tenant laws; issued $200 million in bonds for affordable housing; and proposed a sweeping reform of public schools to equalize educational quality for every child, whether in the richest city or poorest town."1

As House Majority Leader, AuCoin also featured in some of Oregon’s political maelstroms. In 1973, he helped pass Republican Tom McCall's measure to reform the funding of public schools. When the bill failed in the face of considerable opposition by McCall's own party, AuCoin and McCall exchanged friendly letters about the possibility of McCall changing parties. McCall eventually decided to remain Republican, and some months later asked AuCoin to introduce a consumer-protection bill for mortgage buyers. After McCall signed House Bill 2607 into law, it was the source of intense criticism by McCall's own administration and Oregon homebuilders. Much of this ire was directed at AuCoin, since he introduced the bill, although he did so at the governor's request. The bill was eventually repealed, and AuCoin describes the event as his "first political crisis".2

AuCoin was elected to the Oregon House of Representatives at 29, and he became the House Majority Leader at 31. For his significant work in Oregon politics, he was named one of 1972's Outstanding Young Men of America. The award is granted annually by the United States Junior Chamber to ten Americans between 18 and 40 in recognition of outstanding accomplishments and service. 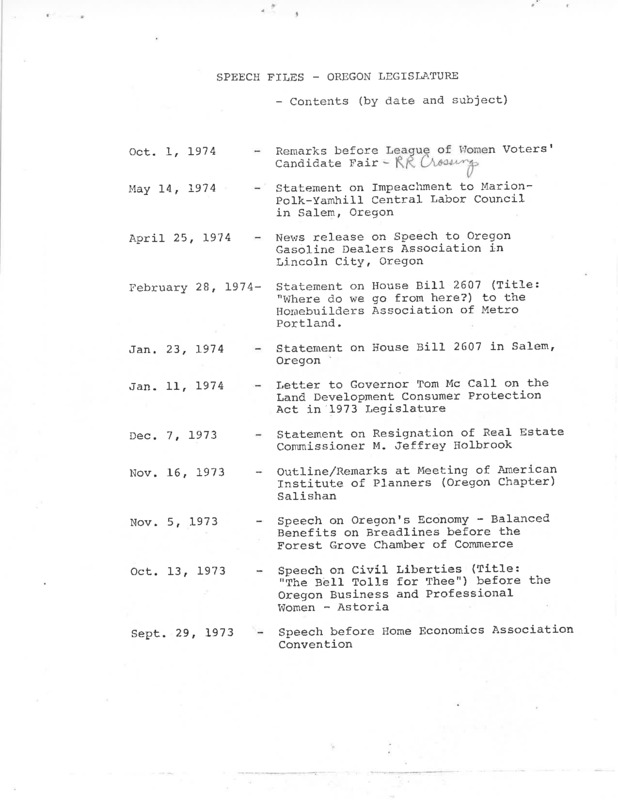 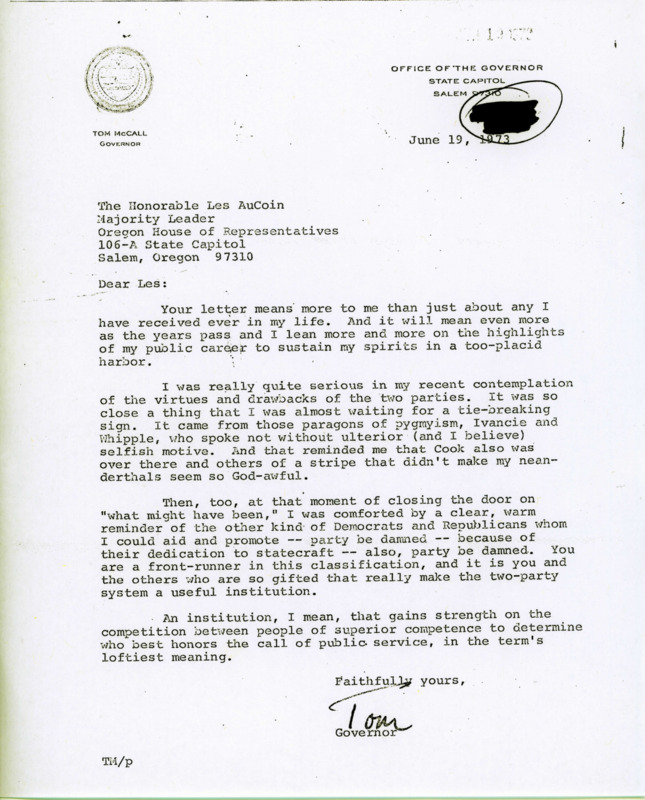 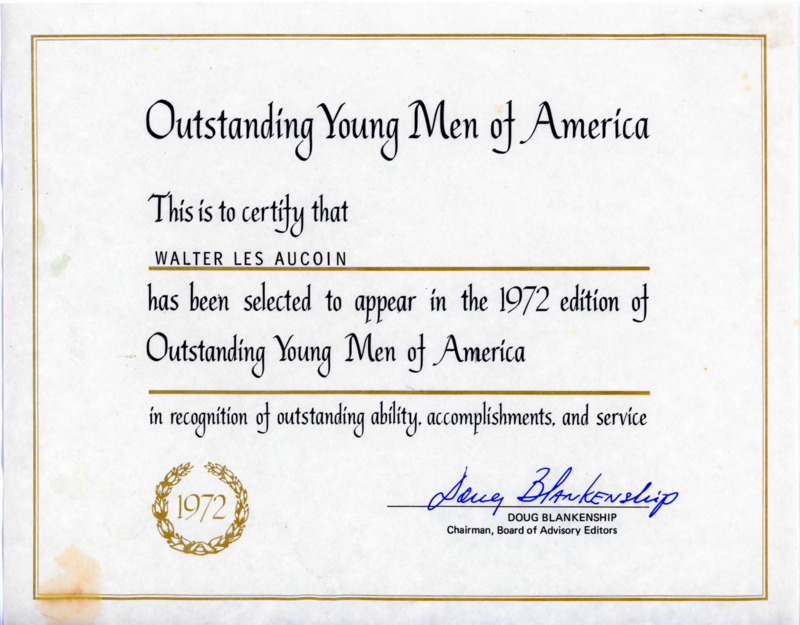