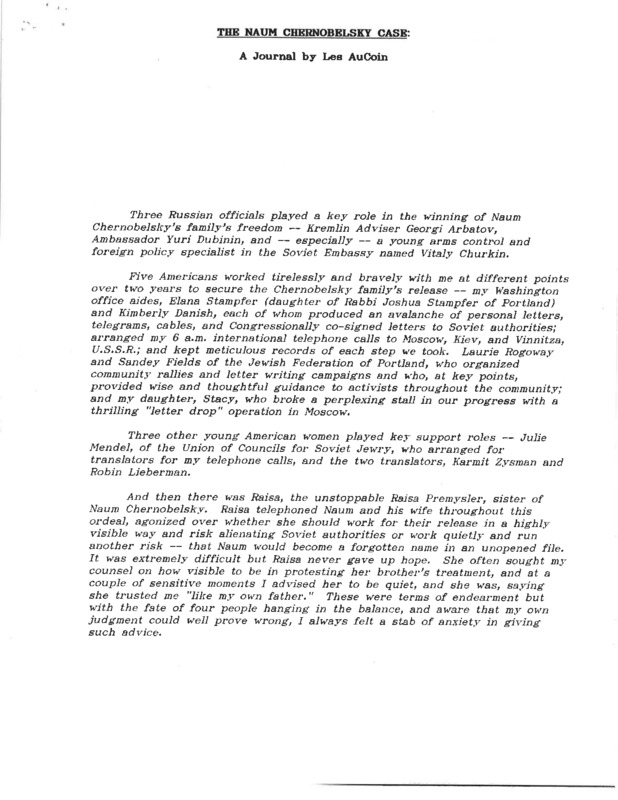 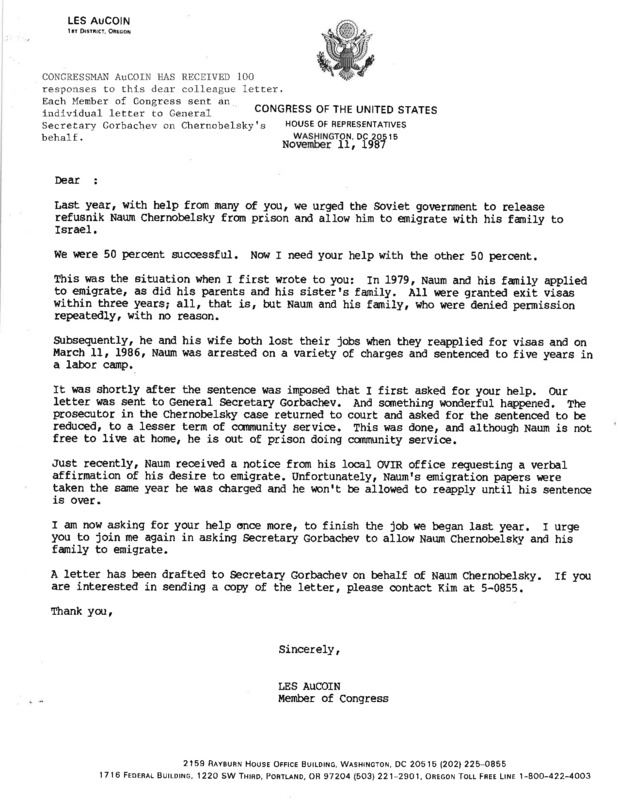 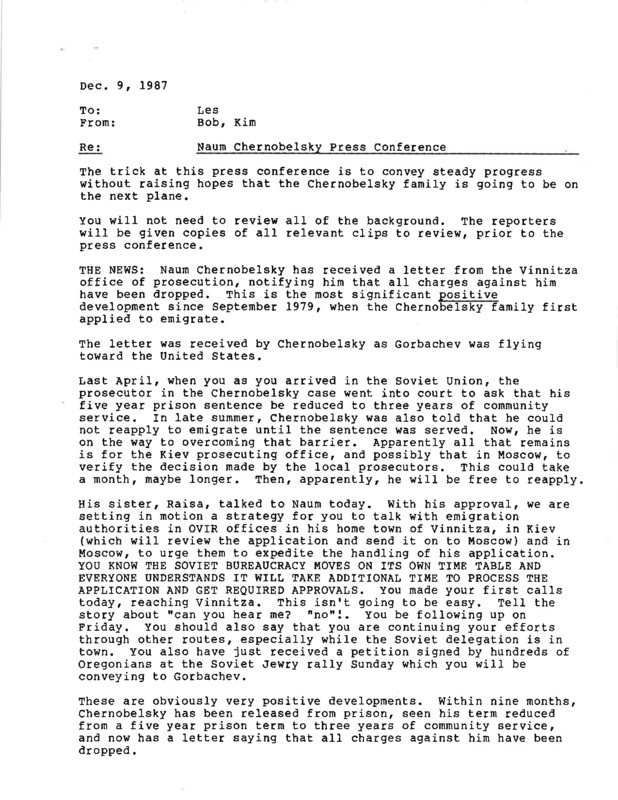 
In addition to his work on human rights policy in Congress, AuCoin also supported human rights on a more individual basis. In the late 1980s, he began helping the Chernobelskys, a Ukrainian Jewish family persecuted by the Soviet Union. The family were “refuseniks”, an unofficial term for people, most commonly Soviet Jews, whose requests to emigrate from the Soviet Union were denied by officials. In the case of the Chernobelsky family, Naum Chernobelsky, his wife, and children were trapped in the Soviet Union, while his parents and sister Raisa were able to safely emigrate to Oregon in 1979. When he attempted to emigrate, Naum Chernobelsky was fired from his job and sentenced to five years hard labor for “hooliganism”, a general term often used to prosecute unapproved behavior.

AuCoin first met Raisa Premsyler, Naum’s sister, in early 1986. At a meeting hosted by the Mittleman Jewish Community Center in Portland, she described the persecution her brother’s family was facing in the Soviet Union. AuCoin agreed to help the family and spent the next few years leveraging his position in Congress and on the House Appropriations Committee to do so.

AuCoin’s efforts came to a peak in the winter of 1987. In November, AuCoin wrote a “Dear Colleague” letter, asking his fellow members of Congress to send individual letters to Secretary Mikhail Gorbachev requesting Chernobelsky’s release. In December, when the letters had no discernible effect, AuCoin decided to try another approach. His daughter Stacy was studying US-Soviet relations at Smith College and was planning a trip to Moscow with a class. She enthusiastically agreed to carry a letter to Vitaly Churkin, a Soviet diplomat AuCoin had worked with before. Stacy successfully delivered the letter in January 1988. While there were no immediate effects, Soviet authorities approved the Chernobelskys’ emigration application six months later. In October 1988, Naum and his family finally arrived in Portland. In his journal about the entire experience, AuCoin reflected, “In my years in Congress, I’ve done some big things and some smaller but important things. But nothing I’ve done in public life compares to saving this single family.”