Beginning in the early 1970s, AuCoin used his position in public office to support civil rights and protections for gays and lesbians. While in the Oregon state legislature, he used his seat on the State and Federal Affairs Committee to support a bill banning discrimination based on sexual orientation in the workplace. He held a public hearing on the bill, inviting members of the LGBT community to testify on the bill’s importance. Despite this moving testimony, the bill ultimately died on a tied vote, and Oregon wouldn’t pass an equivalent protection until 2007.

While in Congress, AuCoin continued to advocate for LGBT rights. He frequently spoke at fund-raisers for the Human Rights Campaign Fund, a major organization for the promotion of LGBT rights, eventually winning recognition for his contributions to the organization. He also fought measures in Oregon that would have harmed the LGBT community. In 1992, he opposed Oregon Ballot Measure 9, which would have added language to the Oregon constitution banning the use of state funds "to promote, encourage or facilitate homosexuality, pedophilia, sadism or masochism". In July 1992, AuCoin’s wife Sue spoke on his behalf at the Campaign for a Hate Free Oregon Kickoff Rally, urging Oregonians to oppose the measure. Ballot Measure 9 was defeated in the 1992 election. 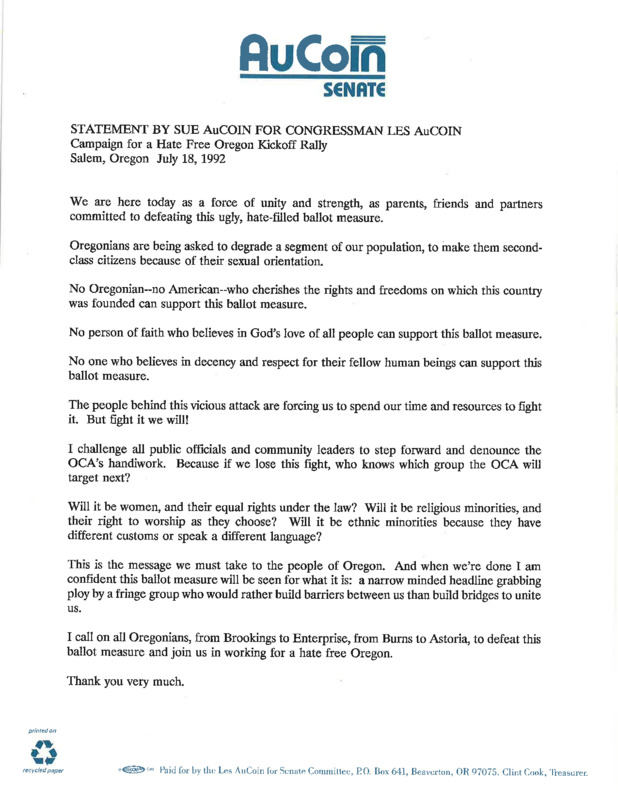 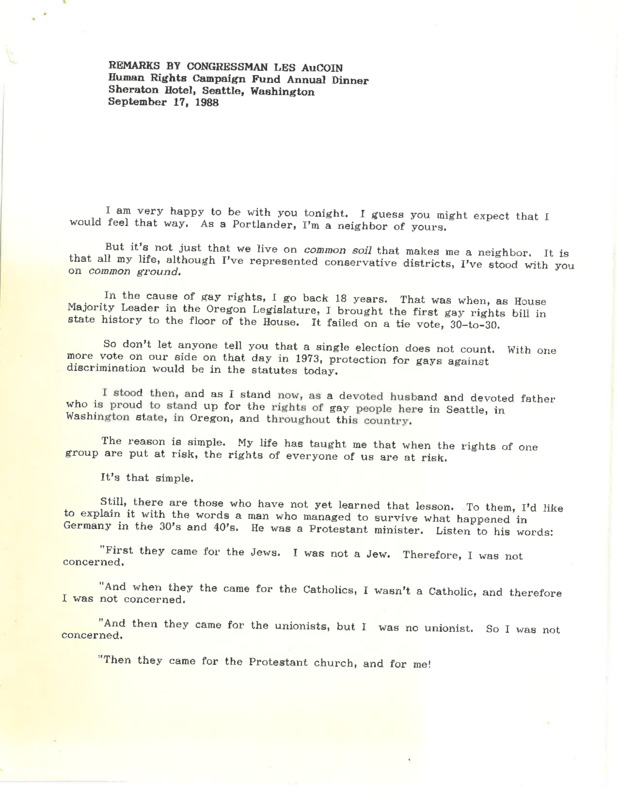