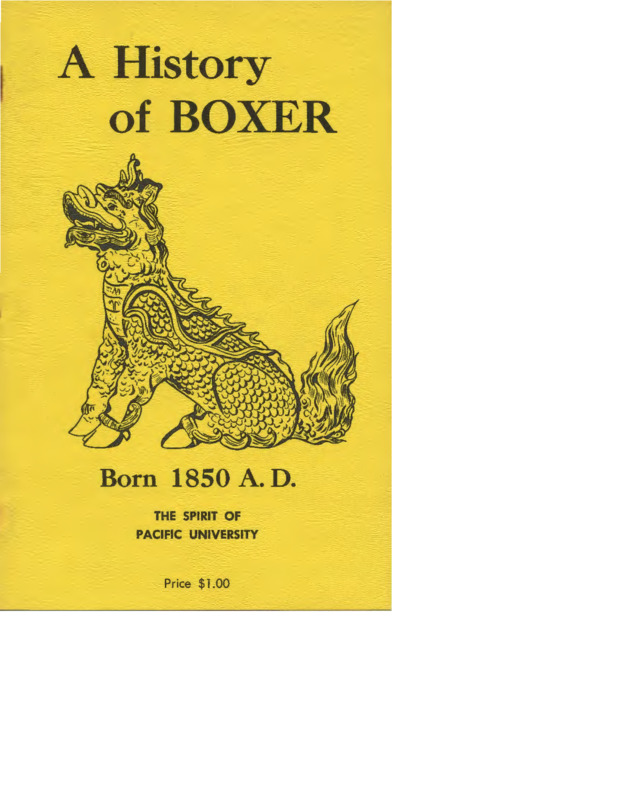 Now the mascot of Pacific University, Boxer was originally a bronze Chinese statue said to have been cast during the Ming Dynasty (1368-1644 CE). In its original undamaged form, this bronze statue sat upright and measured about 18 inches tall. The head was hinged at the neck and the tail was removable. Incense could be placed inside the body, and then smoke would rise out of his nostrils, while ashes could be emptied from the tail.

Although often confused with a dog, the Boxer statue represented a mythical animal called a qilin (chee-leen). Like a chimera, qilins are cross between several animals: "The body resembles that of a deer with scales, horns in the center of its head, a tail of an ox, a forehead of a wolf, hooves of a horse, and backward antlers," one description reads. Qilins were considered divine animals and were associated with good luck.

Boxer came to Pacific from China via an alumnus, Joseph Elkanah Walker. He served as a missionary in China beginning in the 1870s. According to a letter he wrote decades later, Walker saw Boxer being used as a kind of trademark statue on the counter of an apothecary shop in Shaowu, Fujian Province. Walker said that many drugstores in the area used similar statues as "signs" advertising their business, but that Boxer was the finest example he had seen. Walker bought the bronze incense burner for $5, the equivalent of around $1,300 in today's money.

When he came home to Forest Grove on a break from his mission, J. E. Walker brought the incense burner back with him.The Walker Family donated it to Pacific sometime between 1896-1898. The university placed this unusual bronze statue in the chapel where students attended weekly sermons. It might have remained there unremarked, if it had not been for a visiting speaker from Amherst College who addressed the student body in [1898?]. This speaker wowed the students with tales of the pranks that were then fashionable at New England college campuses. Amherst, for example, had a statue [fill in details]. [Quote here.]

Within a day of hearing these stories, a group of students decided to take action. They stole Boxer from the chapel and [continue story]. 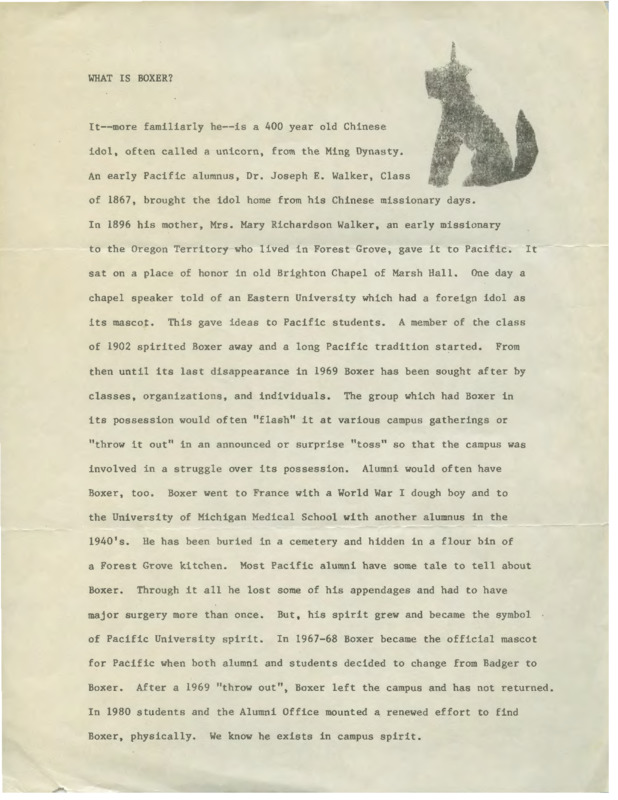 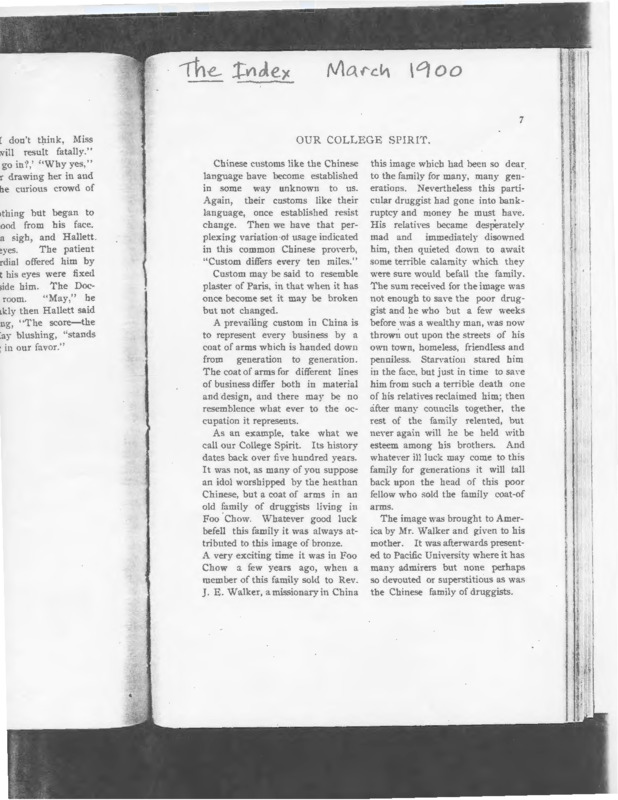 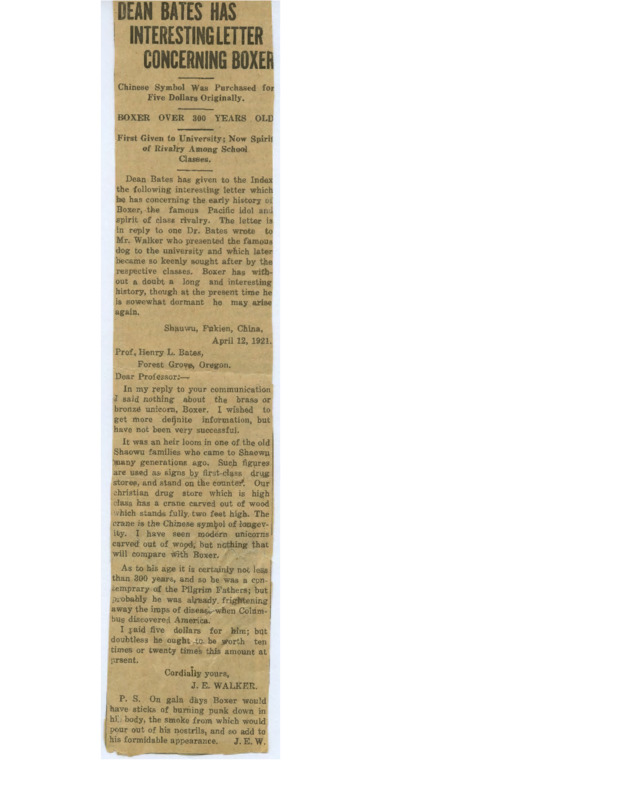 In the words of his donor 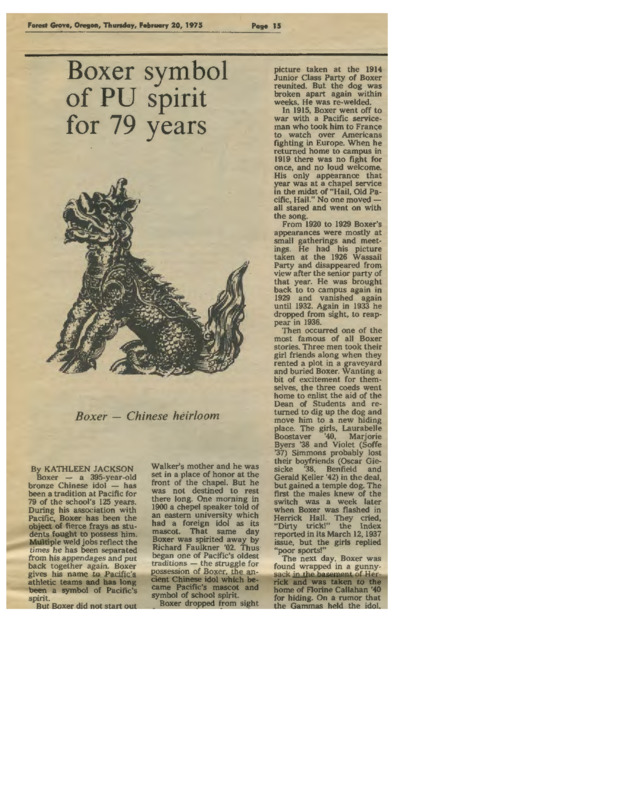 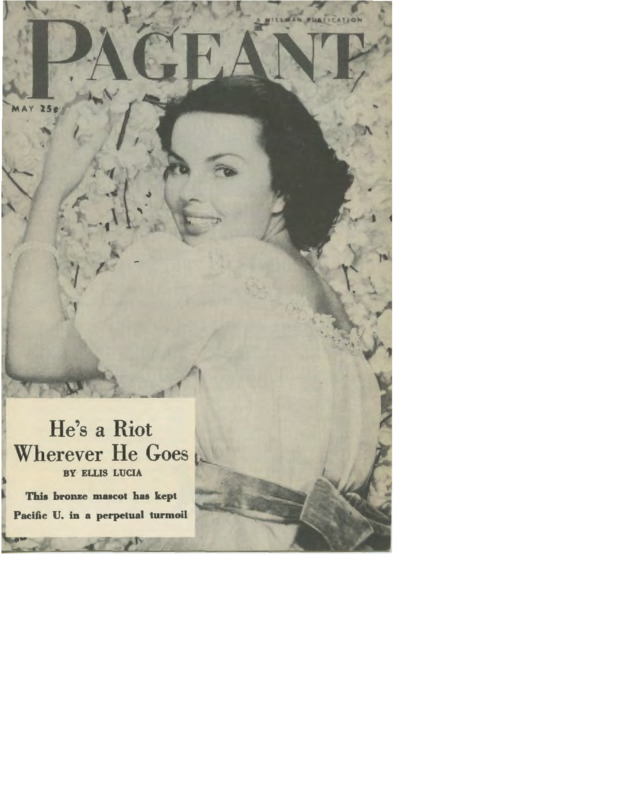 A Riot Wherever He Goes 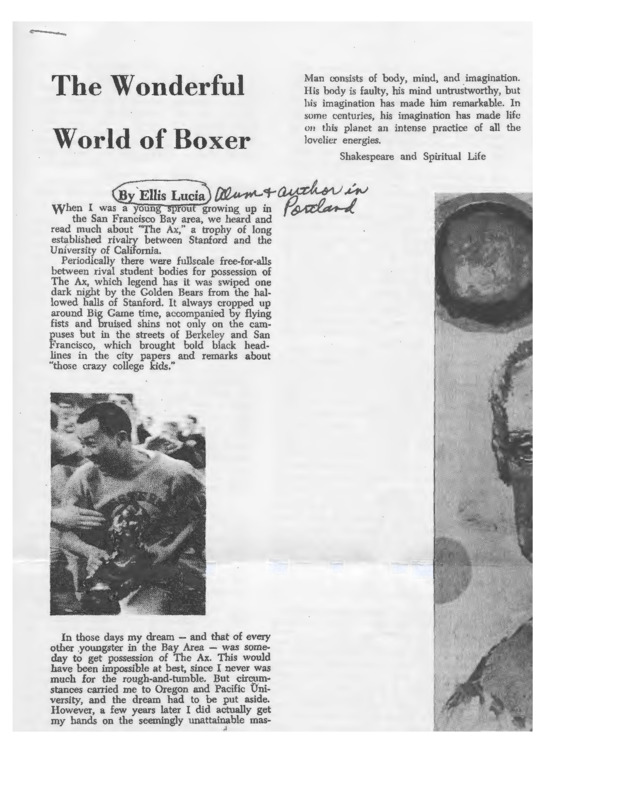 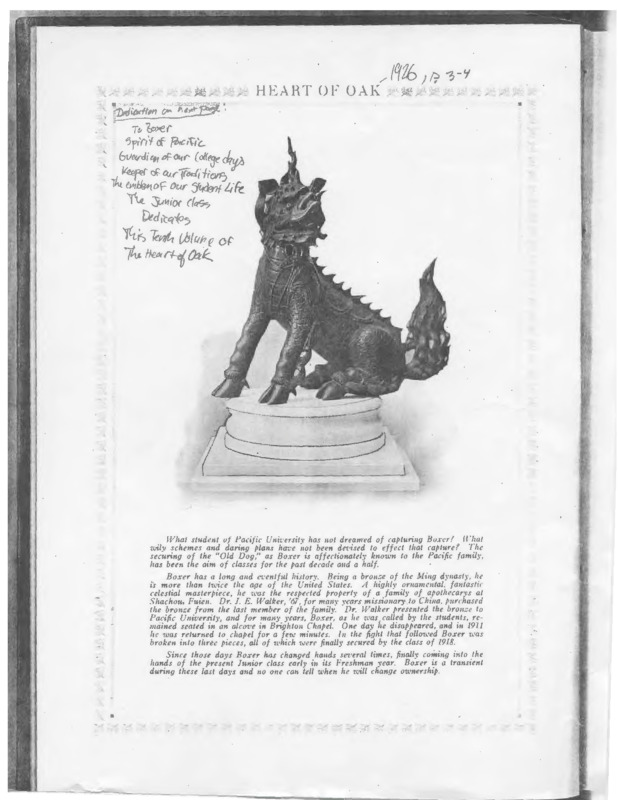 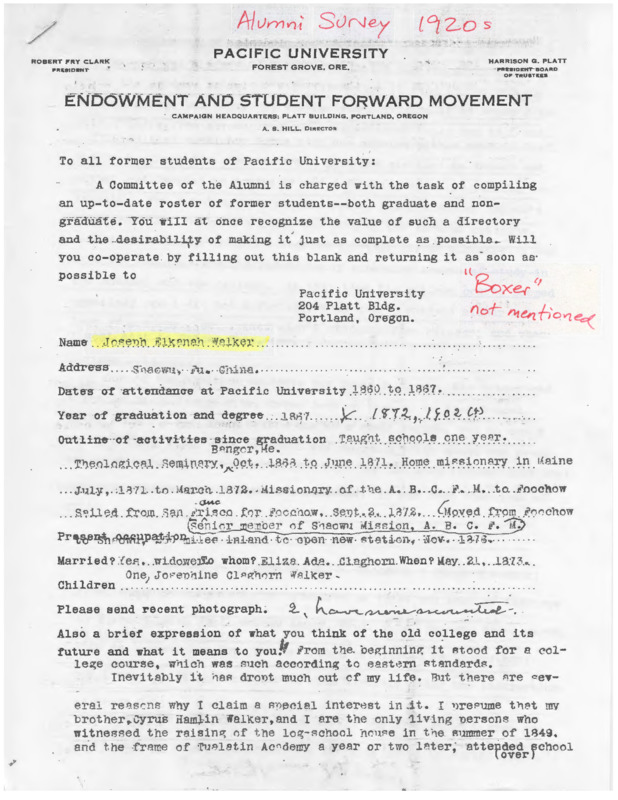 Survey of the Donor