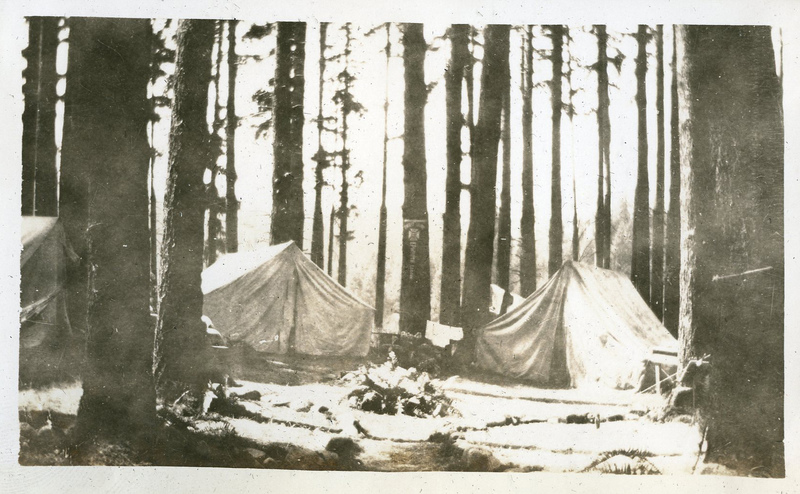 Edith Hansen McGill enjoyed a number of camping trips during her time at Pacific University. In the 1920s, camping was becoming an important leisure activity for middle-class Americans. It symbolized health and closeness to nature, while also subtly showing the participants' prosperity as they could afford to travel and pay for luxuries like camping equipment.

Edith was a member of numerous clubs and societies that organized camping trips. Her photograph album documents several of these outings, including some that were organized by the Forest Grove branch of the Epworth League. The Epworth League, an organization founded in 1889 by the Methodist Church for young people ages 18-35 years old, brought its members to camps on the coast and in the mountains. Edith was a lifelong member of the Methodist Church and would remain active in a variety of church activities throughout her life. While at Pacific, she and other students and professors joined in the Epworth League's trips. Edith probably camped most often in Oregon's Coast Range, which was a short trip from Forest Grove. Several other Oregon branches of the Epworth League were present at these outings, including Salem, Newberg, McMinnville and Jason Lee. Their flags appear in several of the photographs.

The photographs here provide a unique glimpse into what camping looked like during the 1920s. Campers wore slacks, sweater vests and dresses while "roughing it" in the wilderness. Several pictures showcase large canvas tents and makeshift vanities they set up in the campsites. They sat around picnic tables similar to those in modern state campgrounds. Campers brought musical instruments to provide entertainment. Though young men and women were allowed to camp at the same site, they were carefully chaperoned by the Pacific University professors and other older adults. 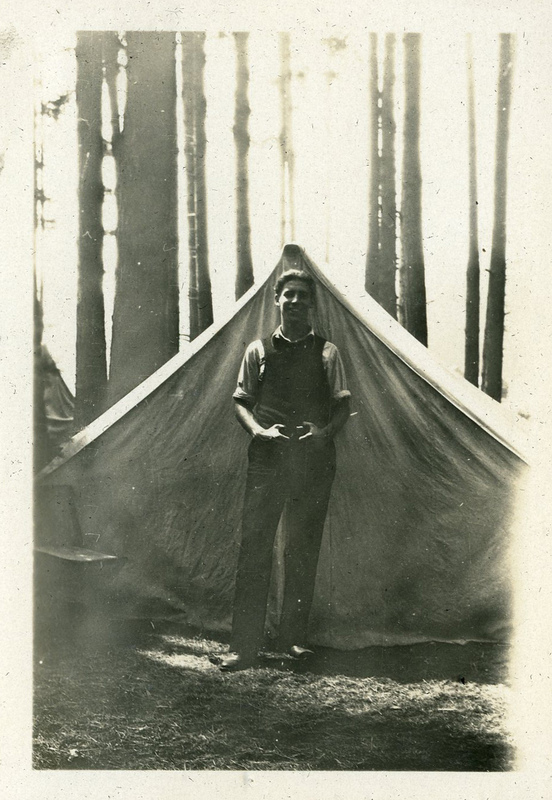 Man in front of a Tent 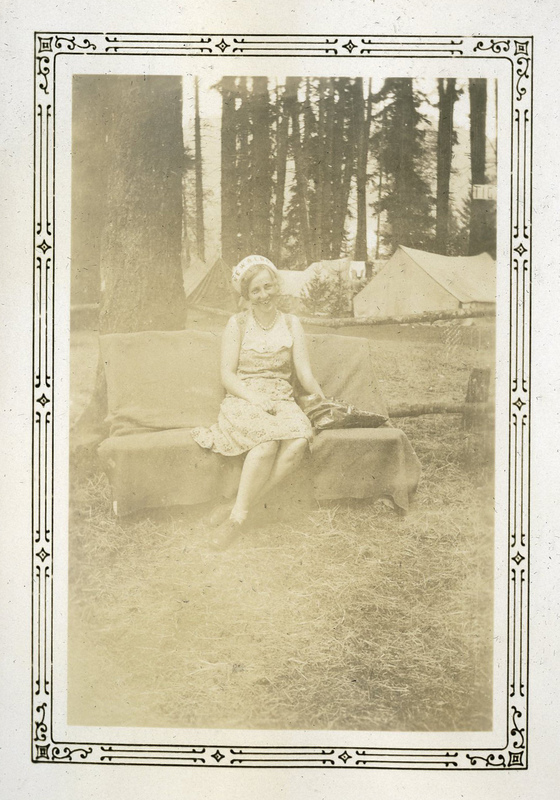 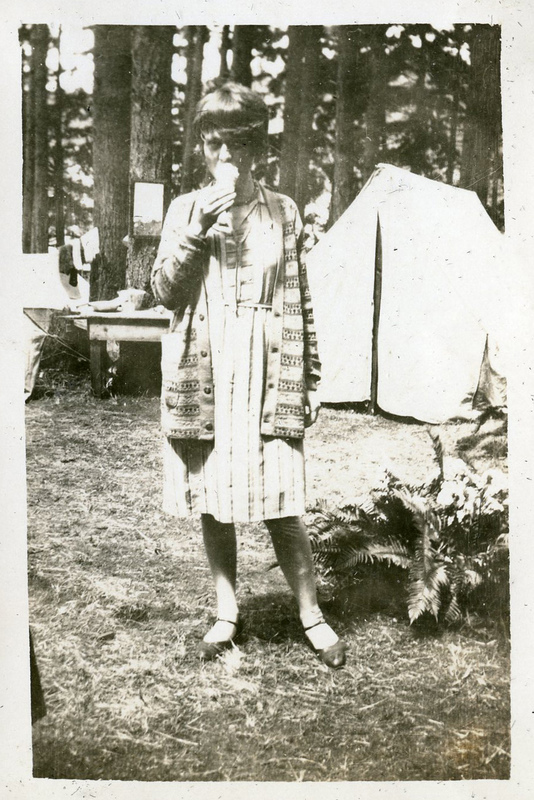 Young Woman in a Campsite 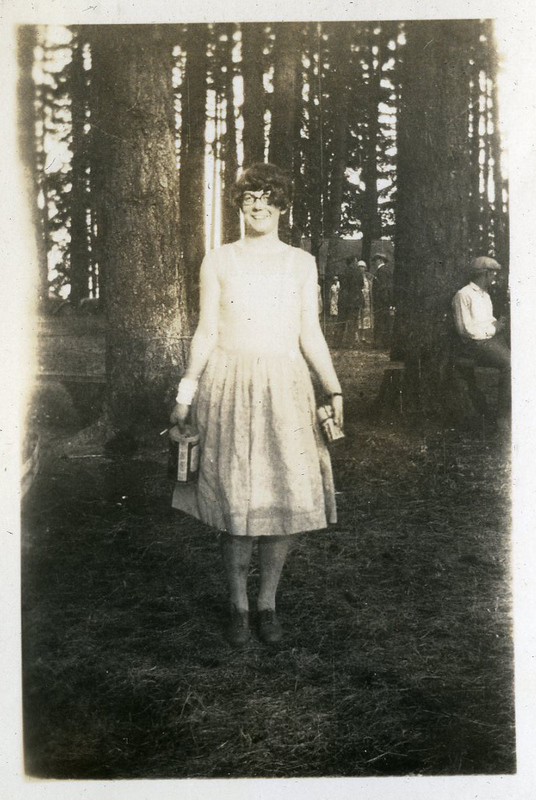 Edith Hansen McGill at a Campout 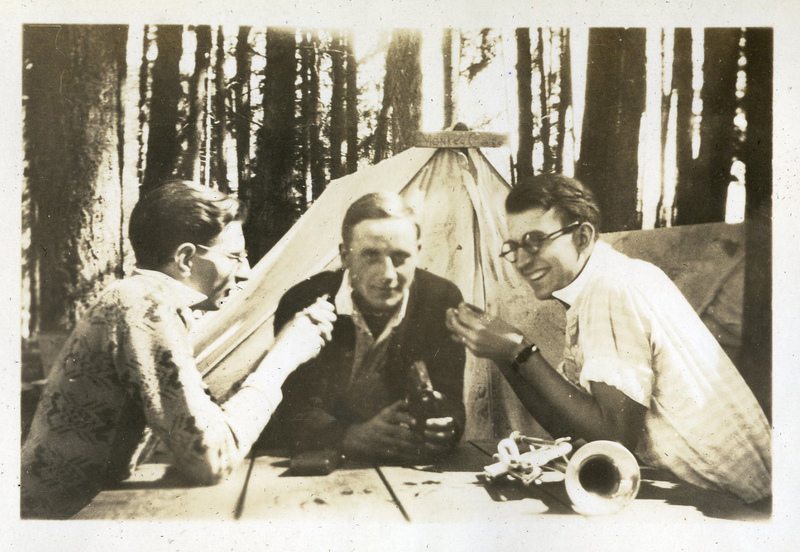 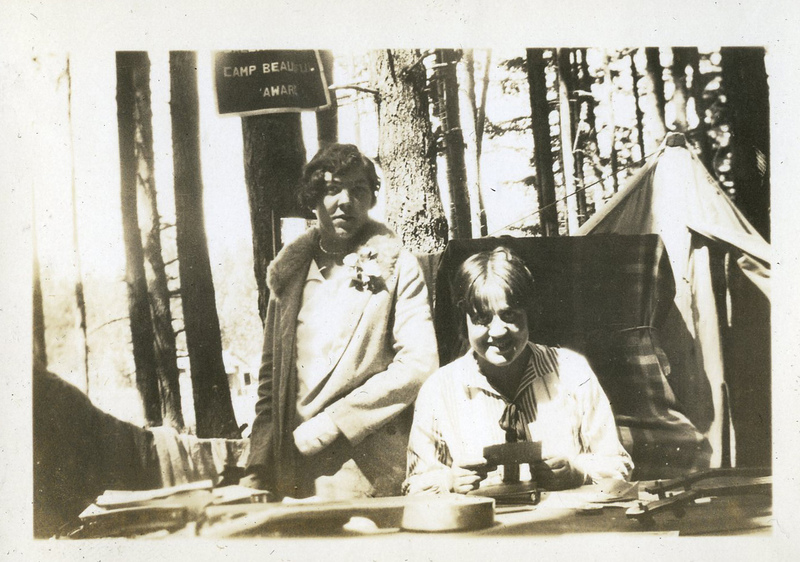 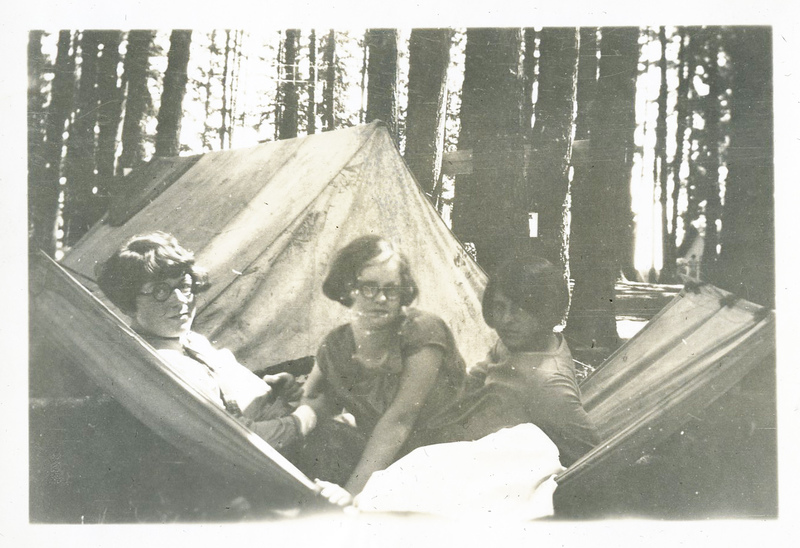