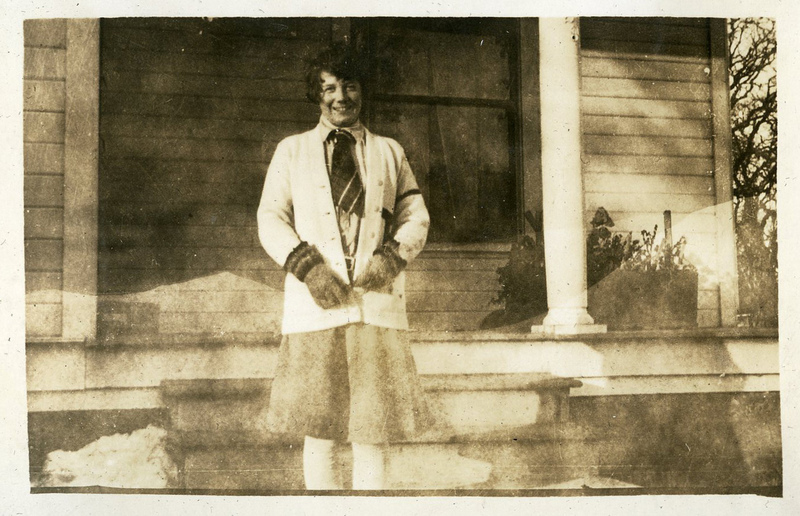 Edith in her Letterman Jacket 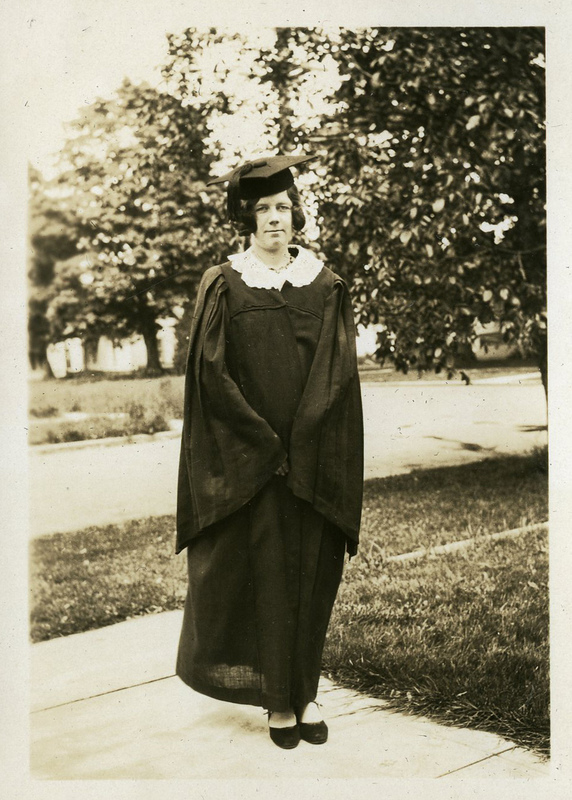 During the 1920s, American women had just obtained the right to vote and many were grasping opportunities that had never been available to them before. Young women like Edith Hansen McGill were pushing the boundaries of what was acceptable. She, like many other young college women, embraced the changing tide and began wearing shorter dresses, visible make-up and short haircuts.

Pacific University had been educating women together with men since 1849, and it had a long tradition of encouraging women to excel in their studies. The 1920s brought a time of increasing involvement of women in college life however, particularly in social activities that had once been considered inappropriate for them. The photographs in this exhibit show the wide variety of activities in which women like Edith were participating. Along with fellow students at Pacific University, she hiked, camped, canoed and enjoyed visits to the beach. She was the editor of yearbook and of the newspaper. She served as an officer in the Theta Nu sorority, participated in the Y.W.C.A., and was active in numerous other groups on campus.

In addition to her social and academic activities, Edith was extremely active in women's athletics. She played on the baseball, basketball, volleyball, soccer and swim teams. She was one of only three women to earn a two-striped letterman jacket.  Women earned their white sweater by receiving a thousand participation points in sports. One hundred points were given for playing on a first team and fifty points for playing on the second team. Her record of participation is probably near the top for any student at Pacific, past or present.  Dozens of photographs in this exhibit document her interest in sports, both in the boys' teams and the girls' teams.

Several years after graduating, Edith married another Pacific University student, Charles McGill . He had also been in the Class of 1930, but had transferred to the University of Washington after his freshman year. Charles became a doctor. The McGills lived in Tacoma and then on the Olympic Peninsula from 1947 until their deaths in 2000.

See more photographs of Edith herself , or continue on the next section of the exhibit on Women's Athletics .