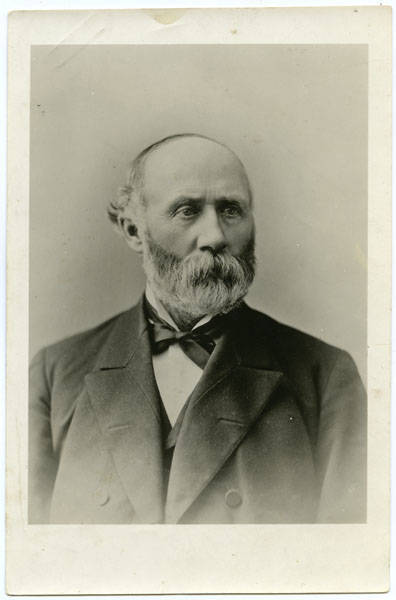 George H. Atkinson was the secretary of Pacific University's Board of Trustees. When the Indian Training School came to Forest Grove, he represented Pacific's interests to the federal government. He wrote letters and visited administrators at the Bureau of the Interior in Washington D.C. who were in charge of Indian affairs. He attempted to persuade them to keep the school in Forest Grove by describing how well the students were learning and assimilating white customs. He also offered additional support from Pacific University, such as donated land, in order to keep the school. Ultimately his arguments were unsuccessful, and the school moved to Salem in 1885. 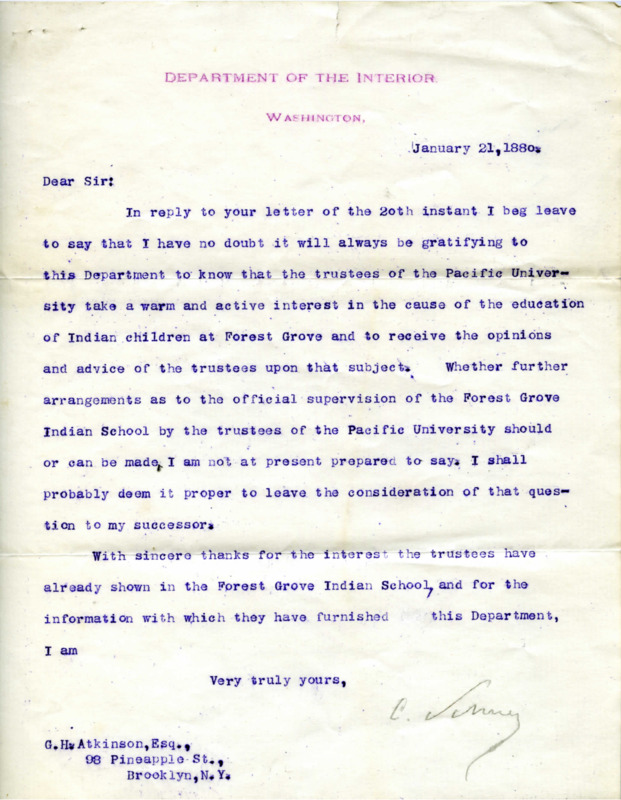 Dept. of Interior acknowledges Pacific's support for the school
Jan 1880 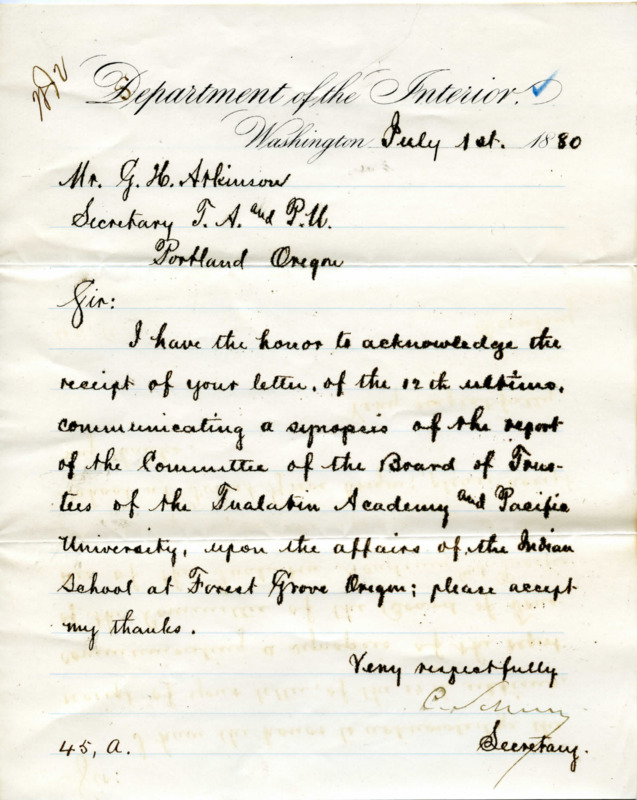 Dept. of Interior acknowledges receipt of a report
Jul 1880 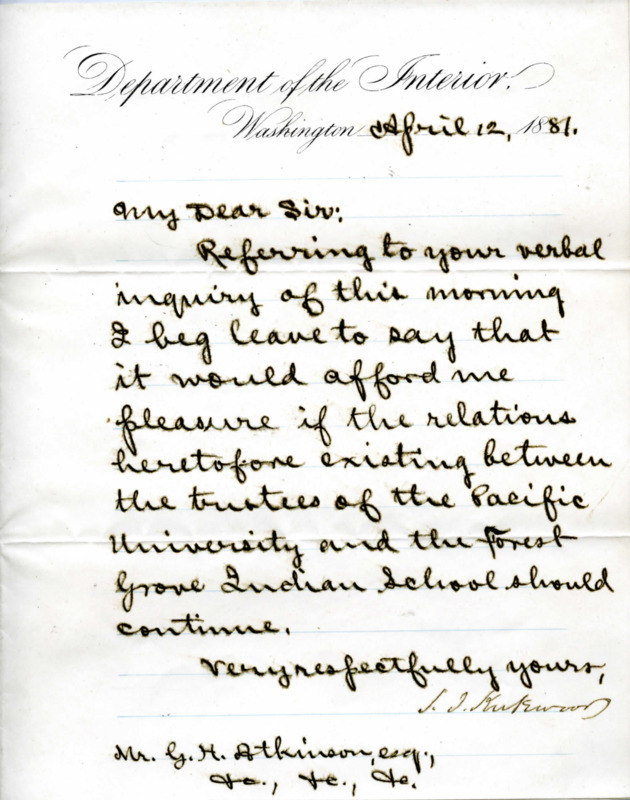 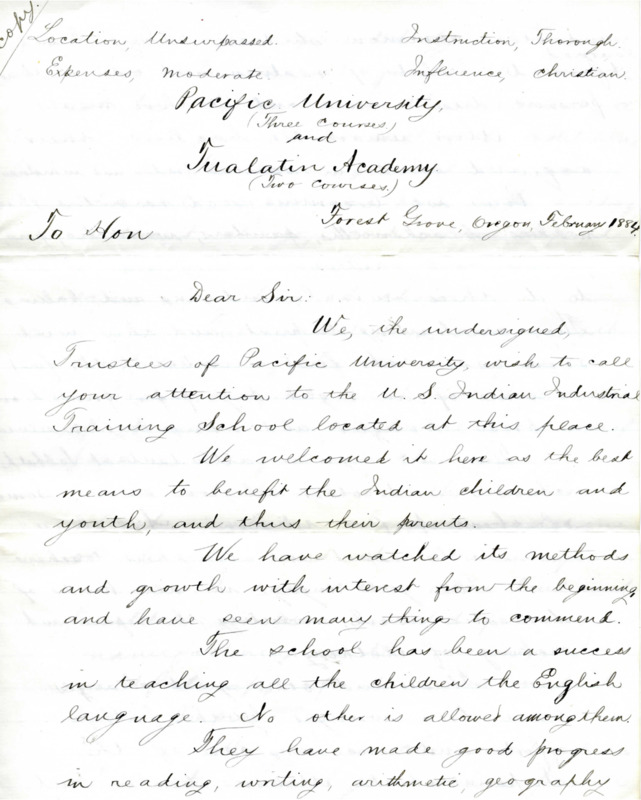 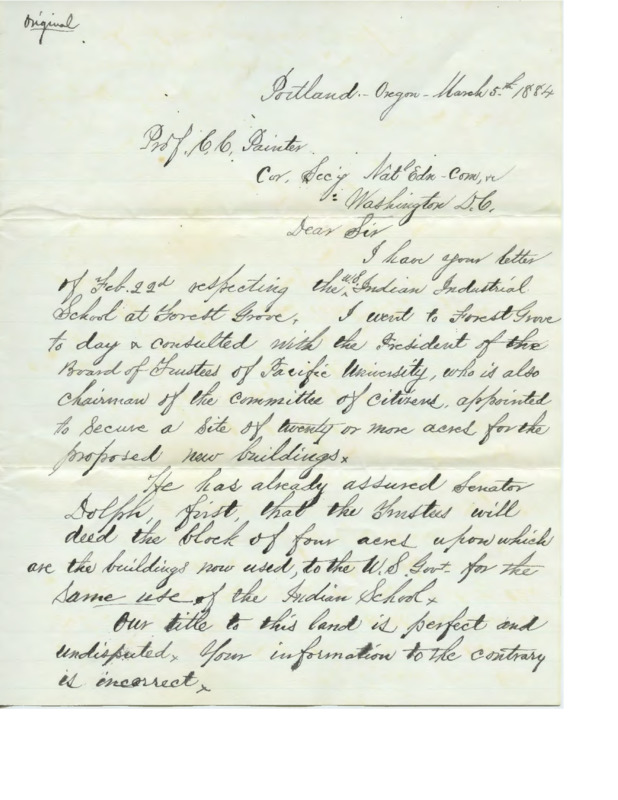 Letter to lobbyist on conditions at the school
Mar 1884 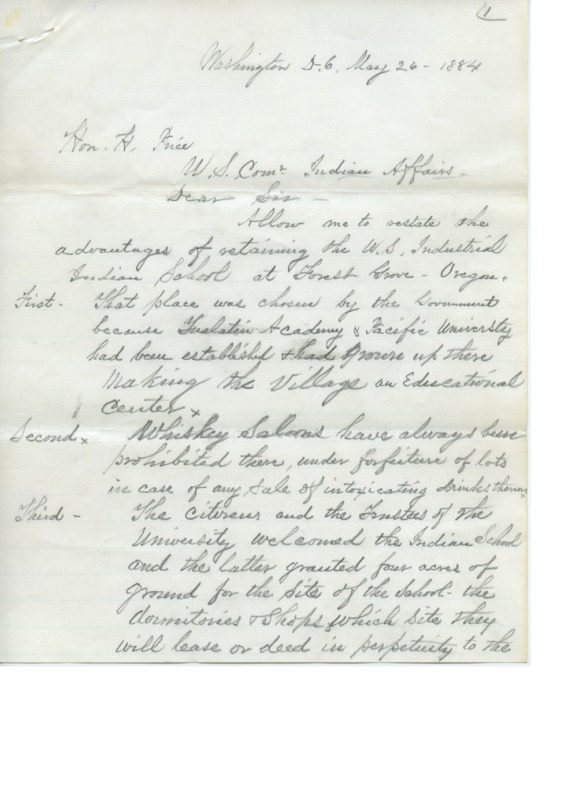 Atkinson's reasons for keeping the school in Forest Grove
May 1884 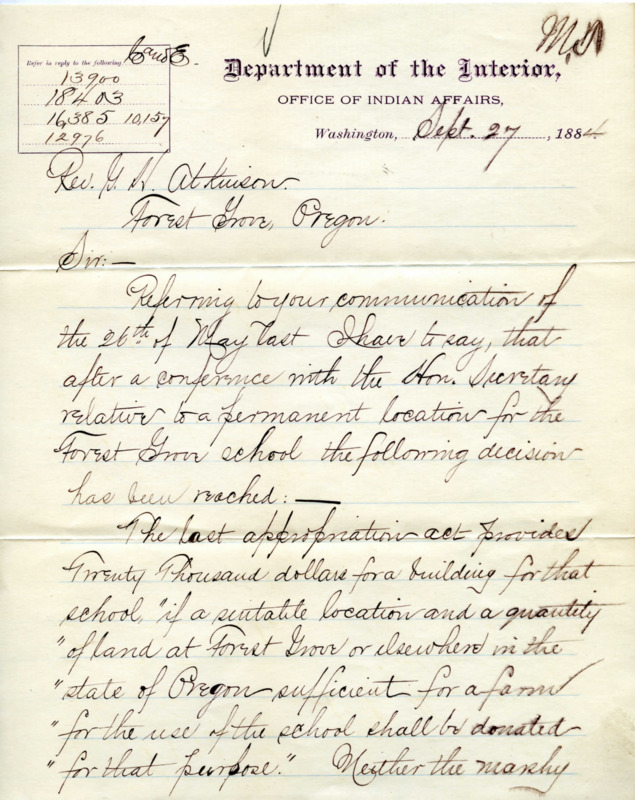 Dept. of the Interior letter on plans to relocate the school
Sep 1884 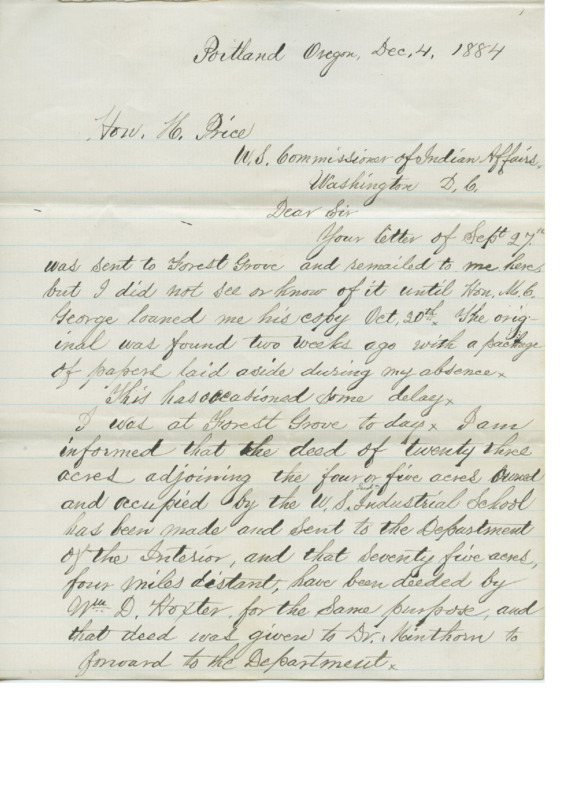 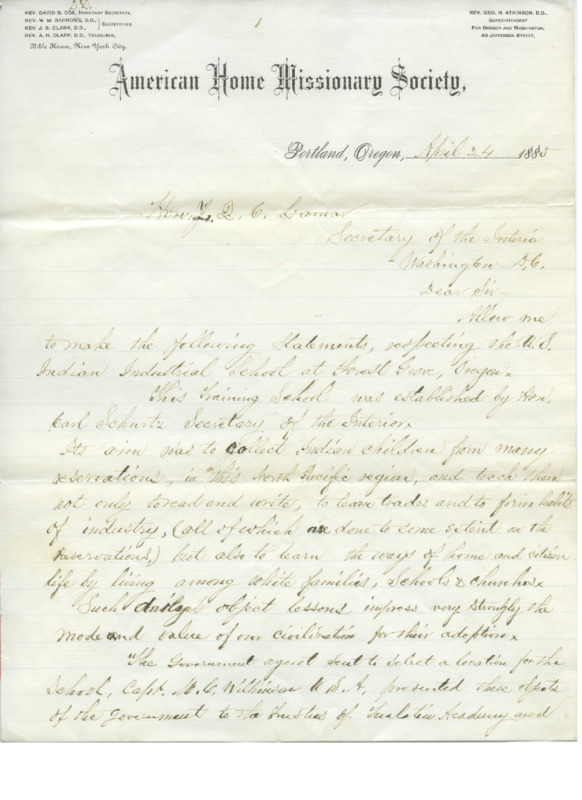 Final report on the school
Apr 1885