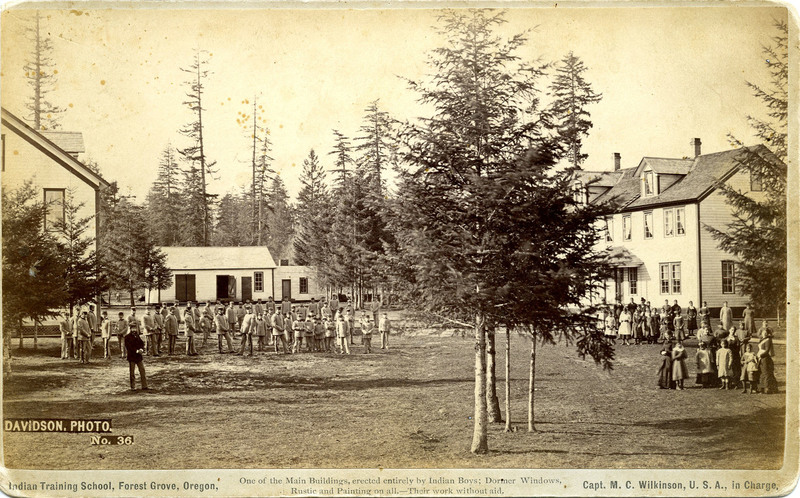 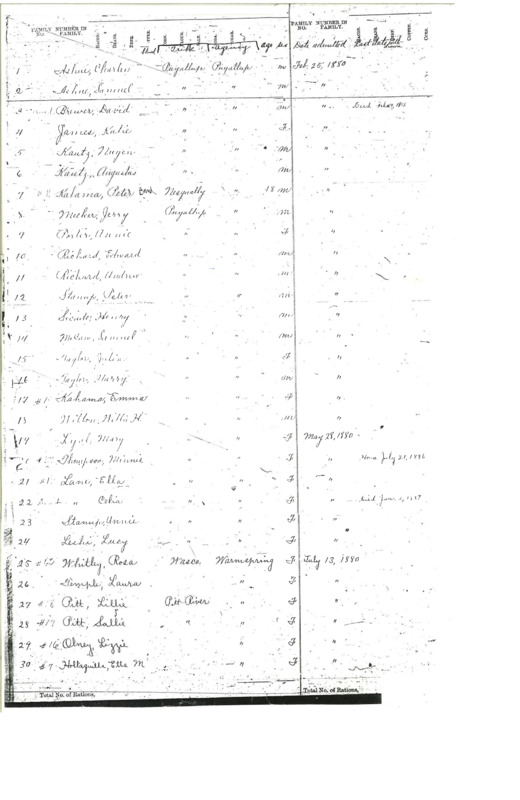 The Forest Grove Indian Training School was the second off-reservation boarding school for Native Americans in the United States. Between February 1880 and March 1885, 310 Native students attended, representing over 30 tribes.

The school's administrators recruited students from tribes around the Pacific Northwest, first targeting Natives who had already attended missionary schools, and then taking progressively younger and less assimilated children. The first group of students to arrive built their own dormitories and classrooms from scratch. As more students arrived, the administrators forced them to abandon their languages, dress and many other aspects of their native cultures in favor of adopting white American norms.

The students' days started at 5 a.m. with a military-style roll call, followed by meals and a mix of basic schooling and vocational training. Packed into crowded dormitories, some students died of tuberculosis and other communicable diseases. The boarding school system had devastating effects on many tribes in the Pacific Northwest. Despite this, individual students experienced the school in a variety of ways, shaped by the diversity of their backgrounds and fortunes in life. Some hated the school and ran away; some stayed only long enough to graduate before return to their families; others sought out further education and used what they learned to fight on behalf of their tribes. This site attempts to honor the diversity of those experiences, while acknowledging the terrible effects that the boarding school system had in general.

The  Spreadsheet of all Students  who attended the school, based on the handwritten class roster from 1880-1886, includes many details about each individual student. It is intended to provide a more comprehensive picture of how the Forest Grove Indian School affected its students' lives. Additions, corrections and comments to this spreadsheet are welcome: archives@pacificu.edu