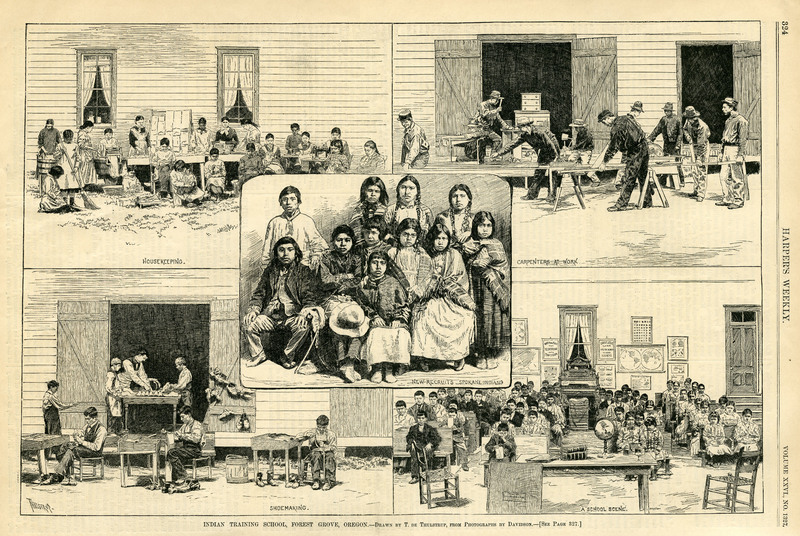 In 1882, a popular American magazine called Harper's Weekly published an article praising the Forest Grove Indian School for its accomplishments in assimilating Native children. Using a series of photographs that had been taken a year earlier by the I. G. Davidson studio, the double-page illustration showed posed group portraits of the Native students.

The four classroom scenes were posed outdoors at the Forest Grove Indian School, and are intended to show some of the skills that the students were learning there. The center group portrait was taken at the Davidson studio and was intended to be a "before" picture of how the students looked when they arrived at the school; an "after" photograph showing them seven months later was also taken, but not reproduced in this illustration. The photographs were probably originally produced in order to assist in fundraising activities for the school. This double-page illustrated version of the photographs was drawn by Thure de Thulstrup.

The photographs upon which these illustrations are based can be seen here, with additional details about their content: Housekeeping ; Carpenters at Work; A School Scene; Shoemaking; and New Recruits, Spokane Indians . The text of the Harper's Weekly article can be read on the University of Washington's digital collections site.