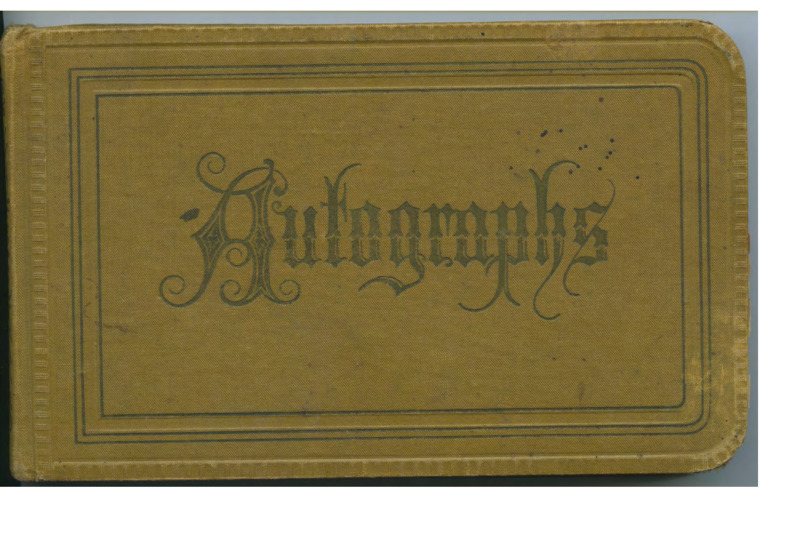 Autograph book with notes from students, 1881-5 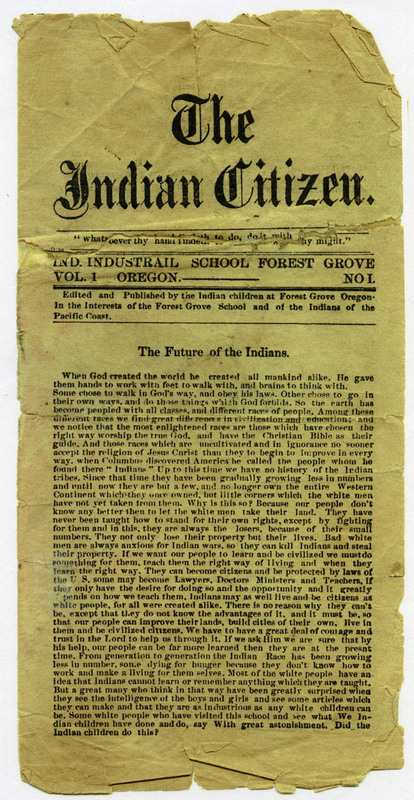 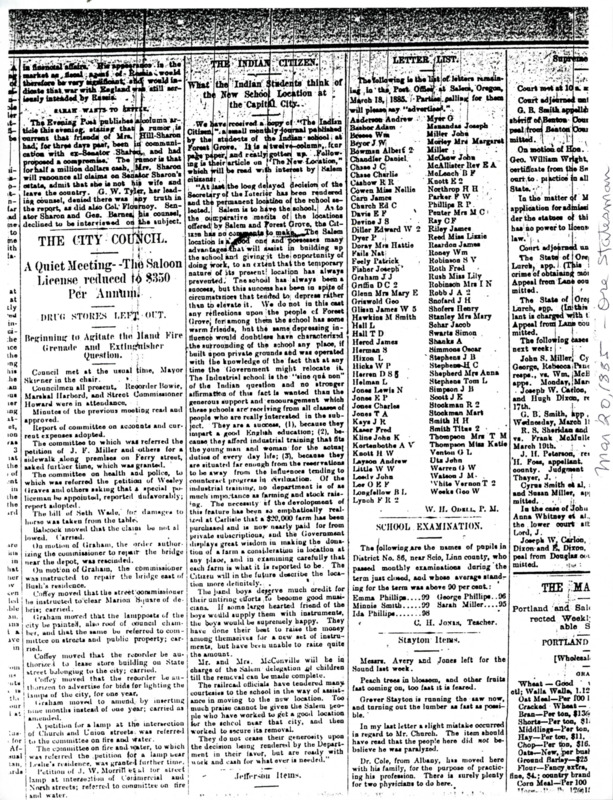 "What the Indian Students think" of the move to Salem, 1885 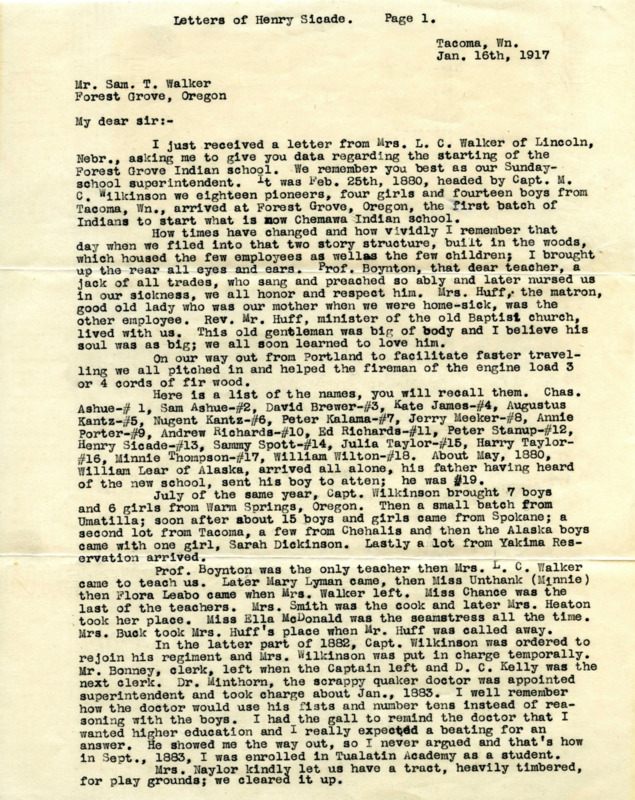 Most of the documents related to the Indian School that have survived were written by teachers and administrators. Very few documents by the students themselves still exist.

One of the most significant items written by students that still exists is the Autograph Book that once belonged to teacher Belle Putnam Walker. It includes  signatures and short notes from approximately 50 Native students who attended the Forest Grove Indian Training School between 1881-1885. It is one of the only remaining documents in the students' own handwriting that they created while attending the school. The students appear to have written notes in the book at the end of the school year or when they were about to leave the school, somewhat like notes in a yearbook.

The Pacific University Archives also owns one original issue of " The Indian Citizen ," which was a newspaper created by the school. Although it advertised itself as being "edited and published by the Indian Children," its contents bear clear marks of having been overseen by teachers.

Letters written by former student Henry Sicade (Puyallup) years after graduating give another view of the school. Sicade was among the first group of students who attended the school, and he recalls constructing its first buildings. He remembers the school's first superintendent, Captain Wilkinson, fondly. "The Captain really was the only Supt. that we could swear by as our best friend; we loved him, we honored him, we obeyed him explicitly," he wrote. The man who replaced him, however, was the opposite. "Dr. [Minthorn] drove me out because I wanted to go to school. In thirteen months I only went went one month to school half a day each day. He forbid me to ever enter the grounds on pain of a good licking." Sicade went on to be one of the most accomplished graduates of the school and its former administrators cited as an example of the school's success.

Letters from another student, Peter Stanup , appear on the next page of this exhibit.