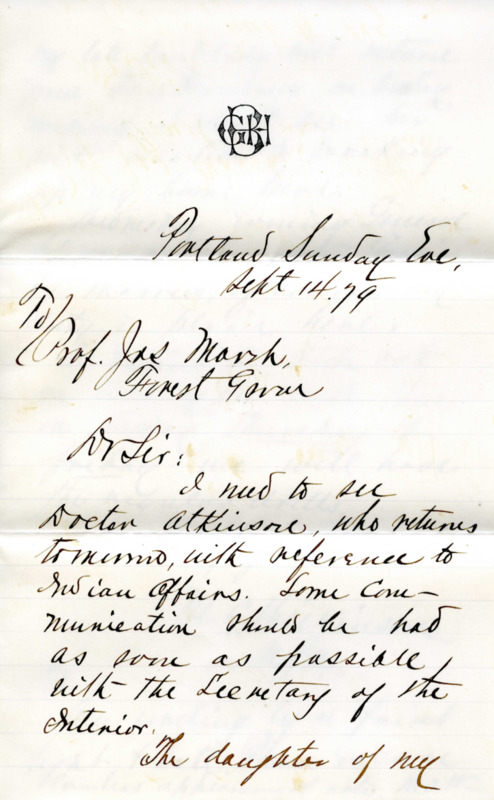 Captain M.C. Wilkinson was the first superintendent of the Forest Grove Indian School. He was a military officer who had previously served as an aide-de-camp under General O.O. Howard, who commanded the Army of the Columbia. Their base was at Fort Vancouver, just a short distance from Portland. General Howard and Captain Wilkinson were both religious men who occasionally preached at Congregationalist churches, so they had a natural affinity for the Congregationalist-run Pacific University. They probably met George Atkinson, Pacific's Secretary of the Board of Trustees, through the First Congregationalist Church of Portland.

In June 1879, Pacific University petitioned the U.S. Secretary of War to detail Captain Wilkinson as a Professor of Military Science. At the same time, they requested that Wilkinson be allowed to start a new school for Indian youths in Forest Grove. ( See their request letter .) Though the request appears not to have been approved until some months later, Wilkinson began teaching drill to Pacific students that fall. In February of 1880, he made his first trip to gather Native students for the school, visiting the Puyallup Agency near Puget Sound.

From mid-1879 through early 1880, Wilkinson wrote multiple letters to Professor Joseph W. Marsh. J.W. Marsh was serving as Pacific University's interim president at the time. The letters provide some clues as to the administrative details that went into starting the school. Unfortunately, the letter trail dies out in mid-1880, probably because the next university president John Herrick had taken the reins. Herrick's records in the Archives are fragmentary and do not include any letters from Wilkinson or the next two Indian School superintendents. 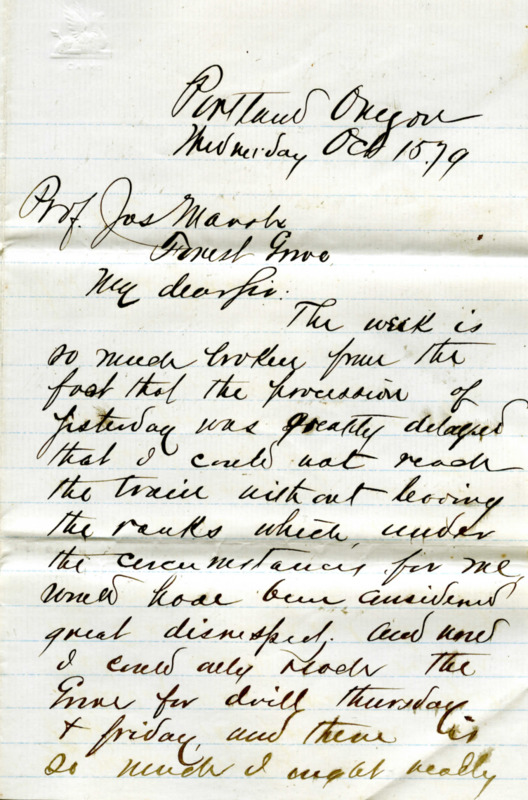 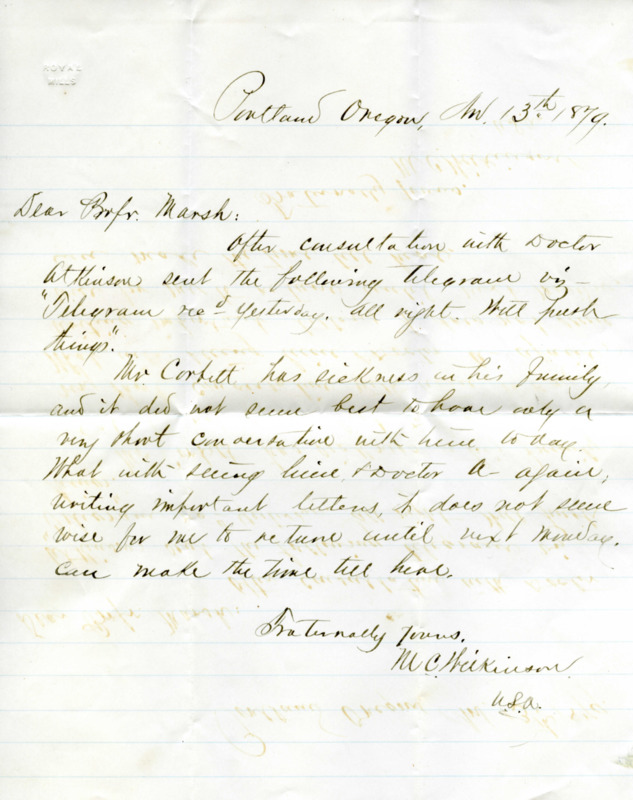 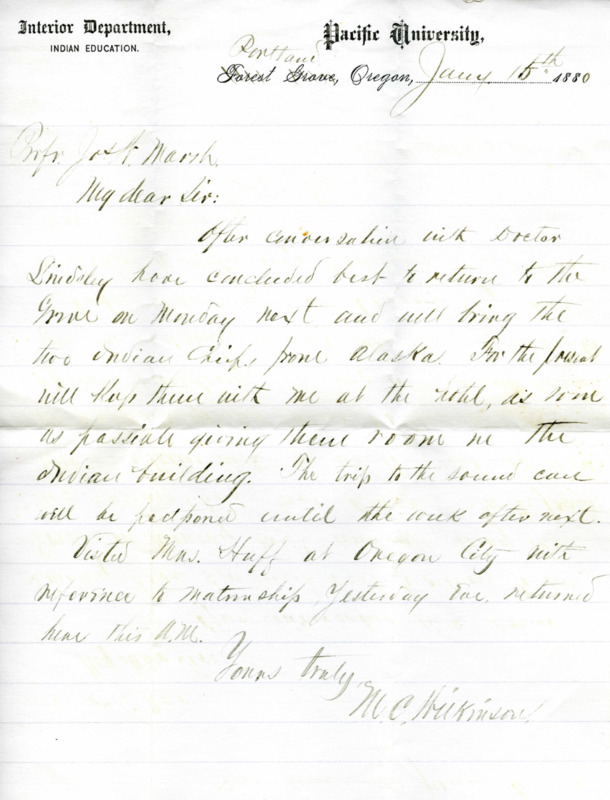 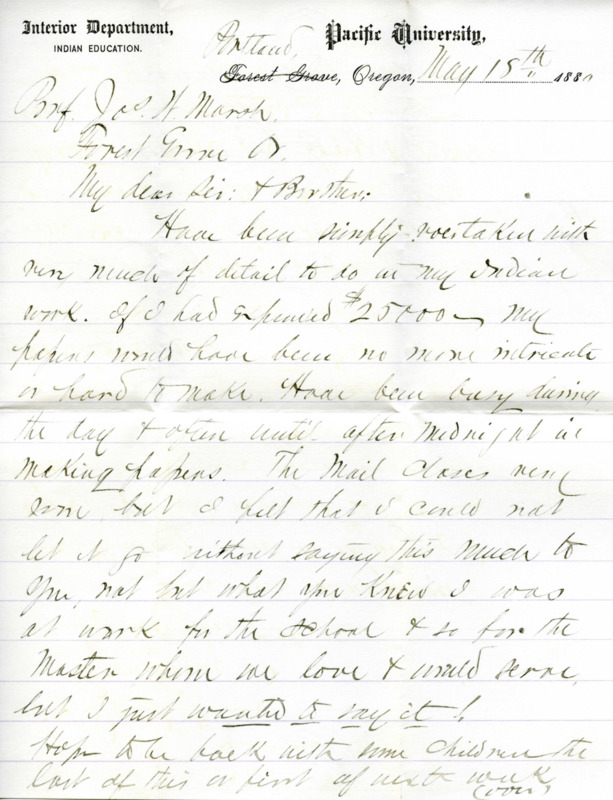 Accounting for school expenses and plans to bring more Puyallup children, May 15, 1880