The Asian Art Collection is the smallest collection of permanent art at Pacific University but holds some of its oldest works. Note: This collection is a historical designation, generally containing items that were originally donated to Pacific's Old College Hall Museum. Contemporary Asian art in Pacific's collections is usually considered part of the "Professional Art" collection.

The "Nine Luohans" Scroll (Qing Dynasty, circa 1700 CE) depicts scenes from the lives of nine of the luohans, or early disciples of Buddha. 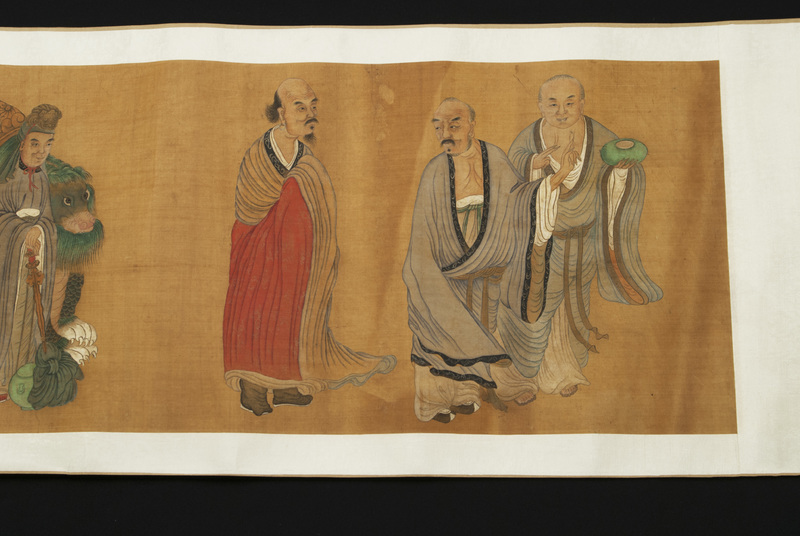 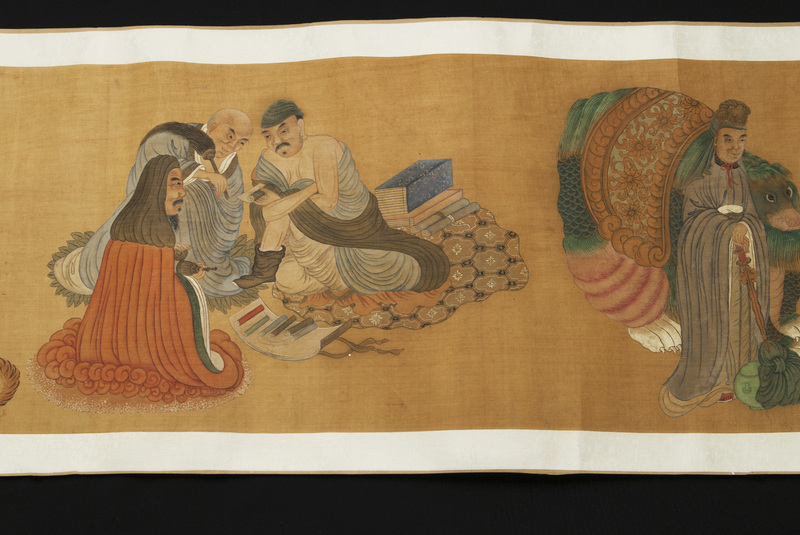 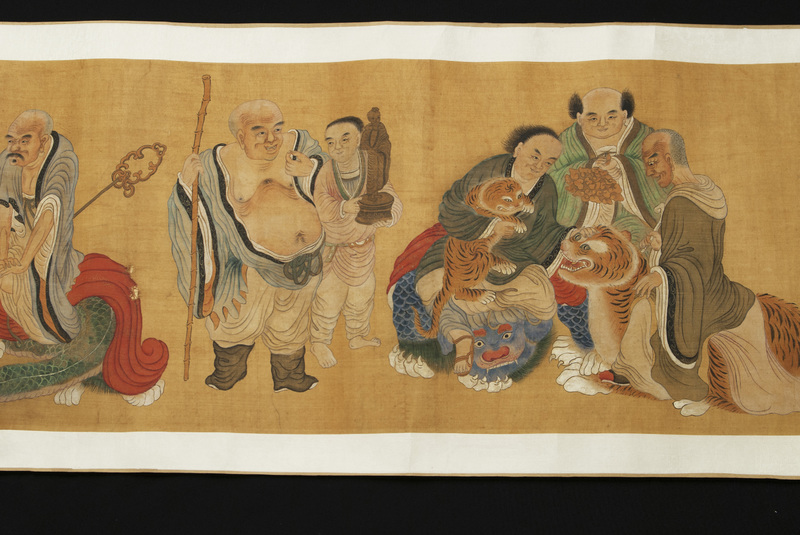 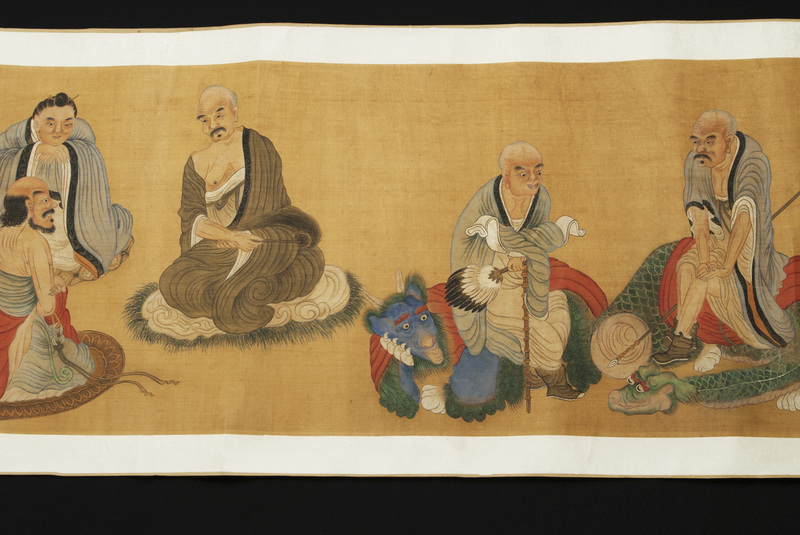 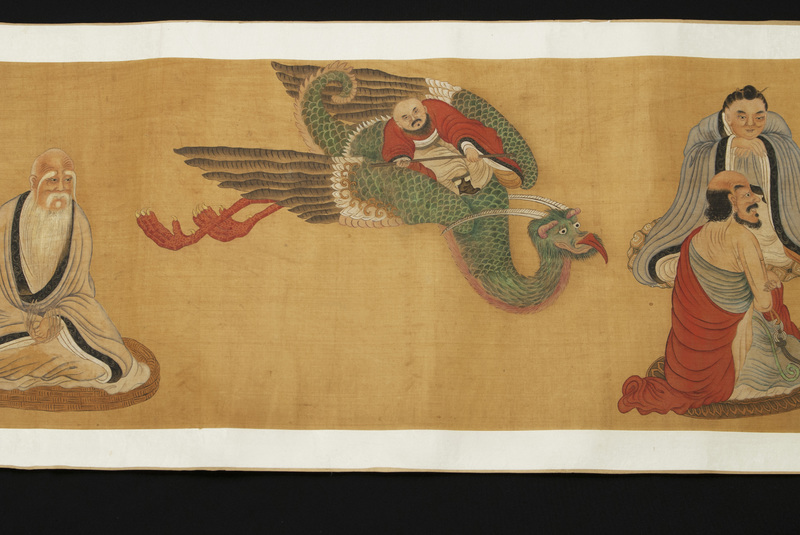 6. An Old Man Watches Over

The "Eighteen Luohans" Scroll (Qing Dynasty, circa 1700 CE), with similar subject matter to the scroll above, depicts scenes from the lives of the luohans. 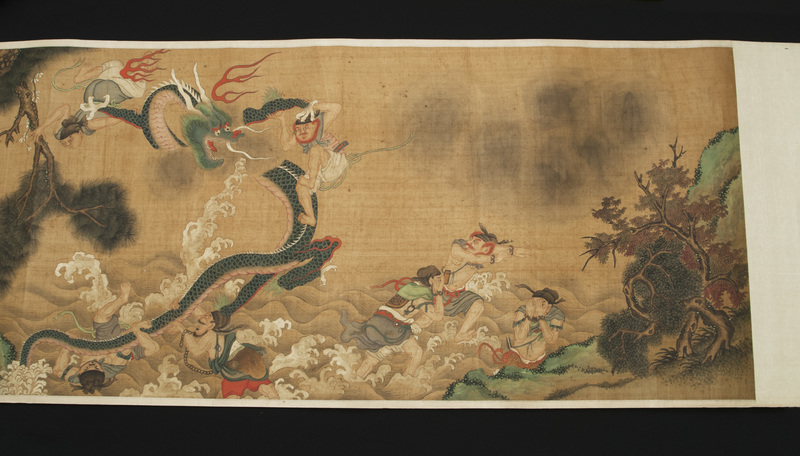 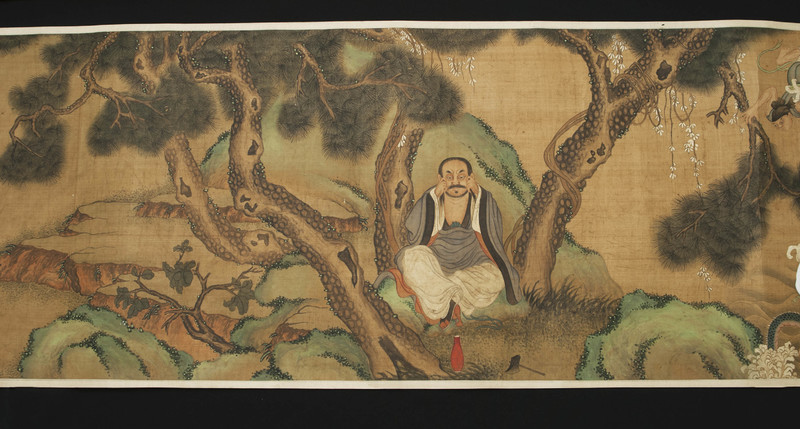 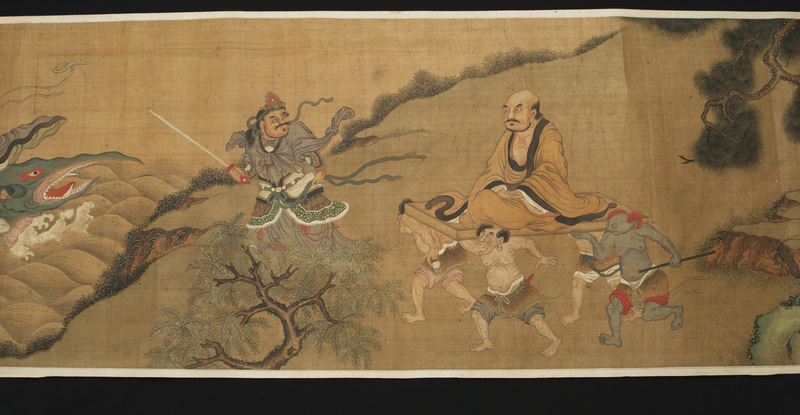 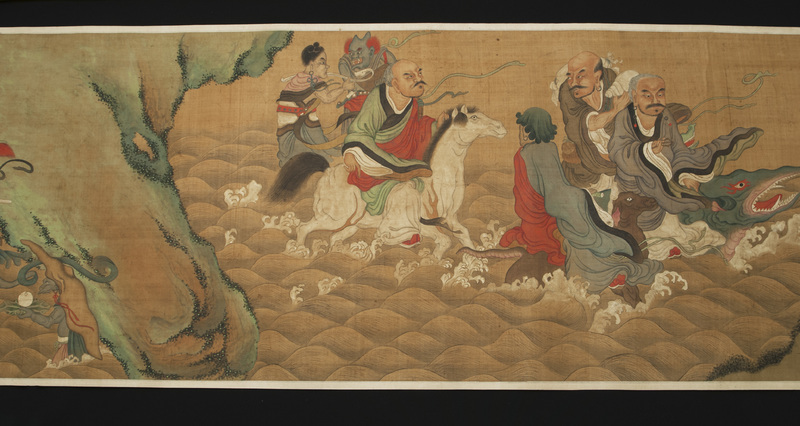 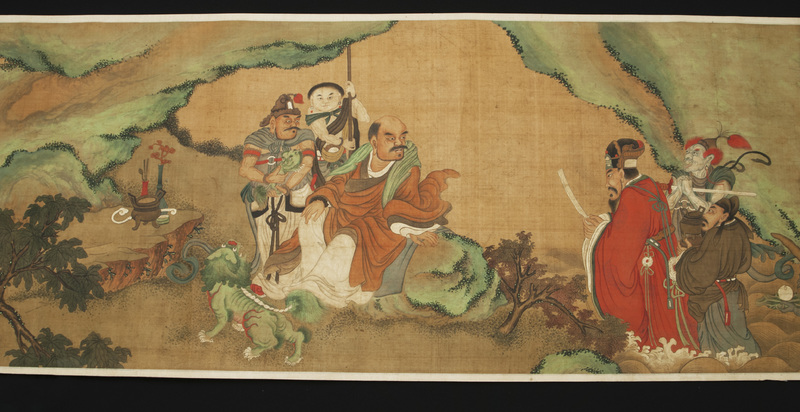 5. Imperial Figure Rising from the Waves 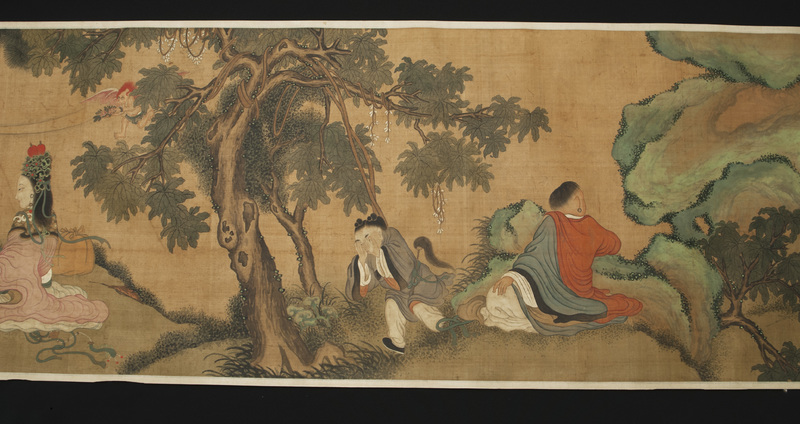 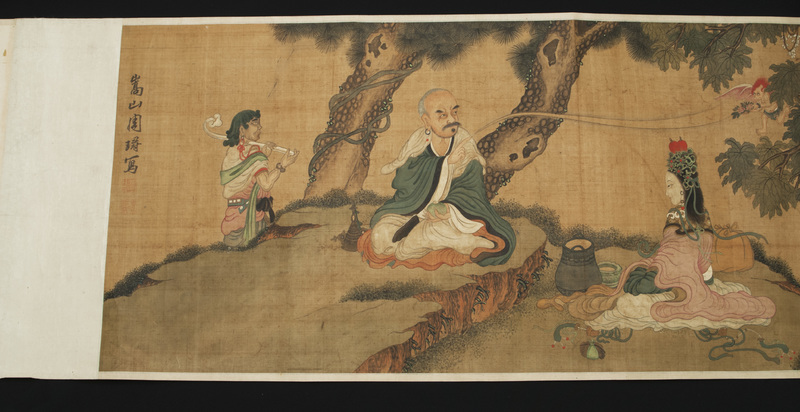 7. Immortal at the Foot of a Pine Tree

A small number of other artworks that were originally donated to Pacific's Old College Hall Collection make up the remainder of the Asian Art Collection. For other Asian Art at Pacific, see the Professional Art Collection. 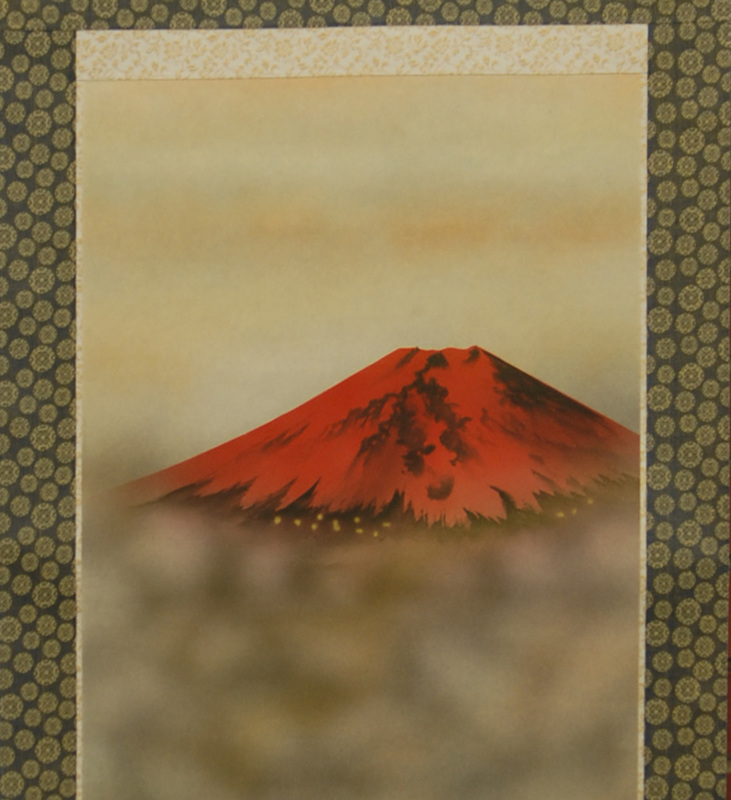