Takeovers, Poisonings and the 1984 Election · heritage

Takeovers, Poisonings and the 1984 Election 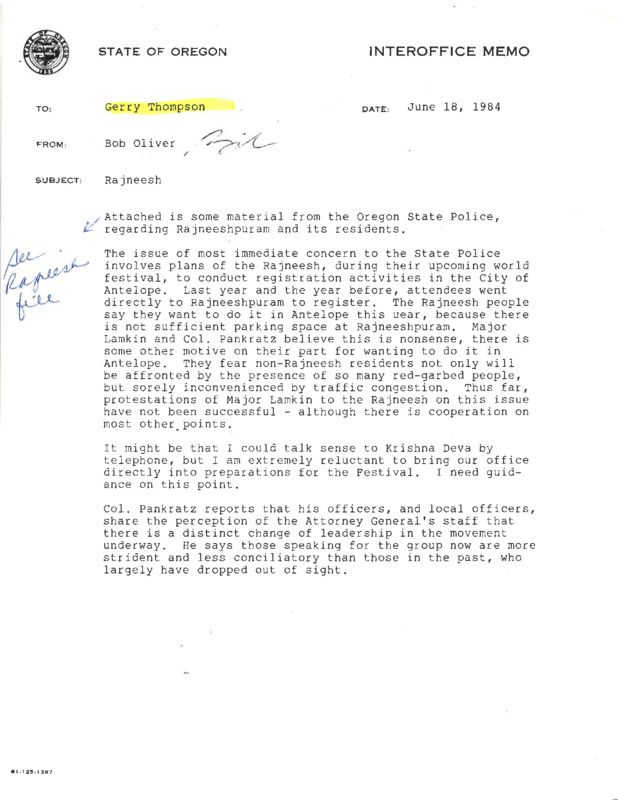 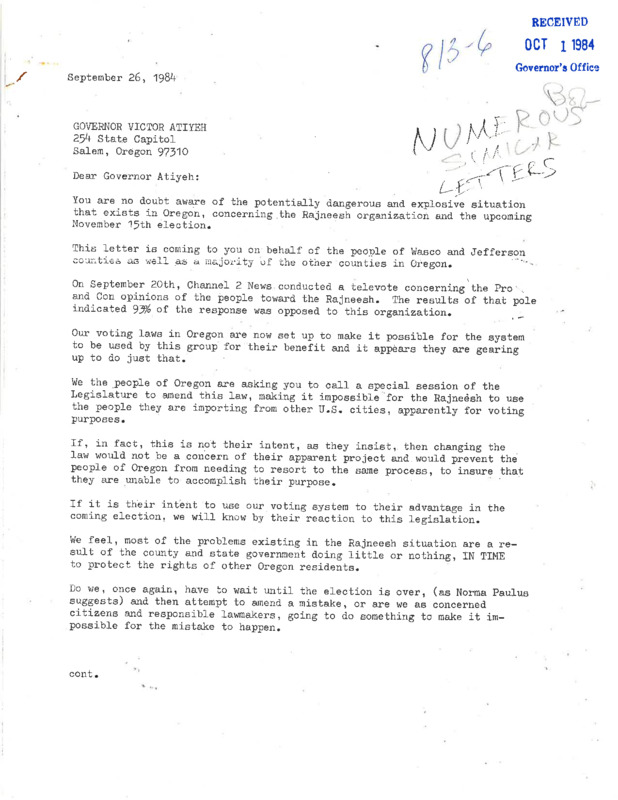 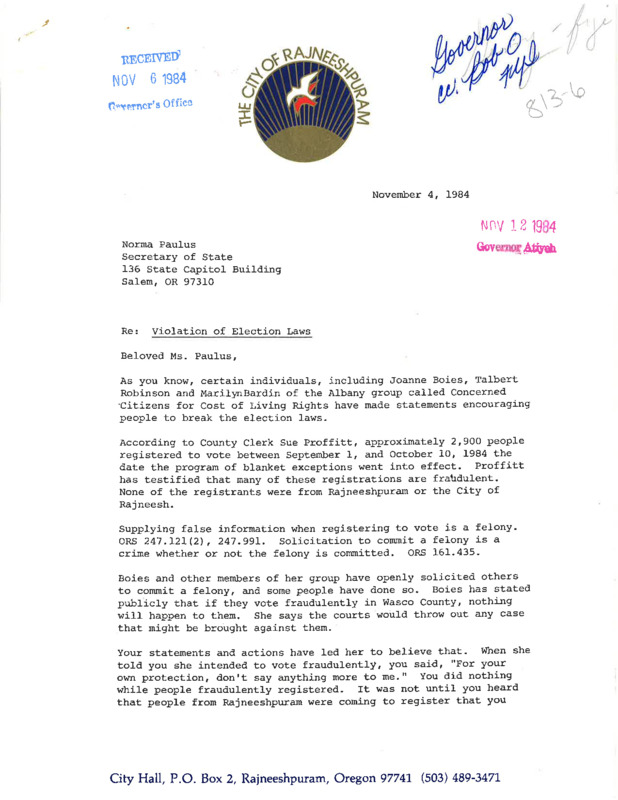 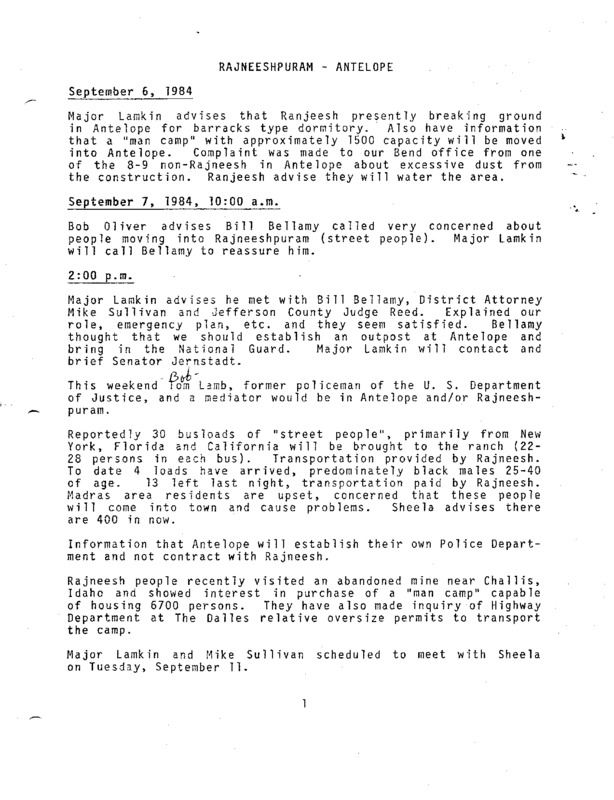 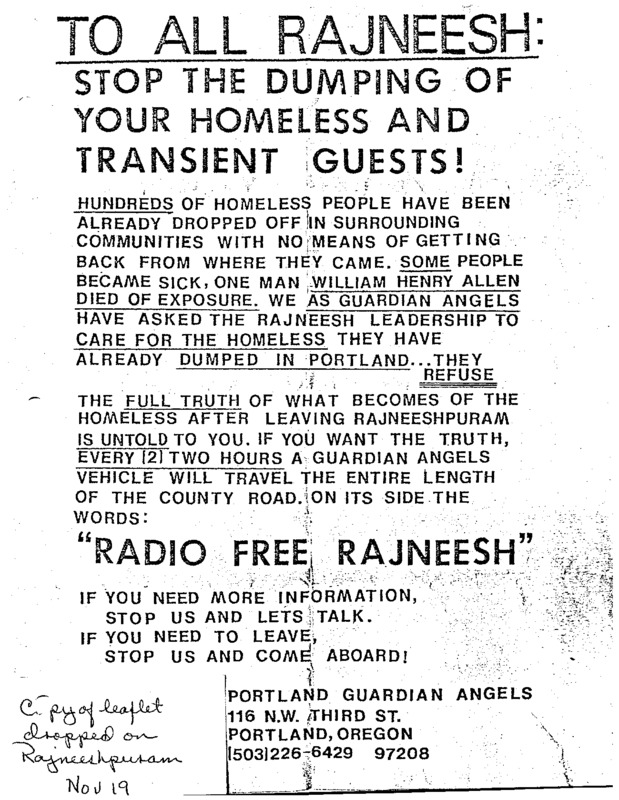 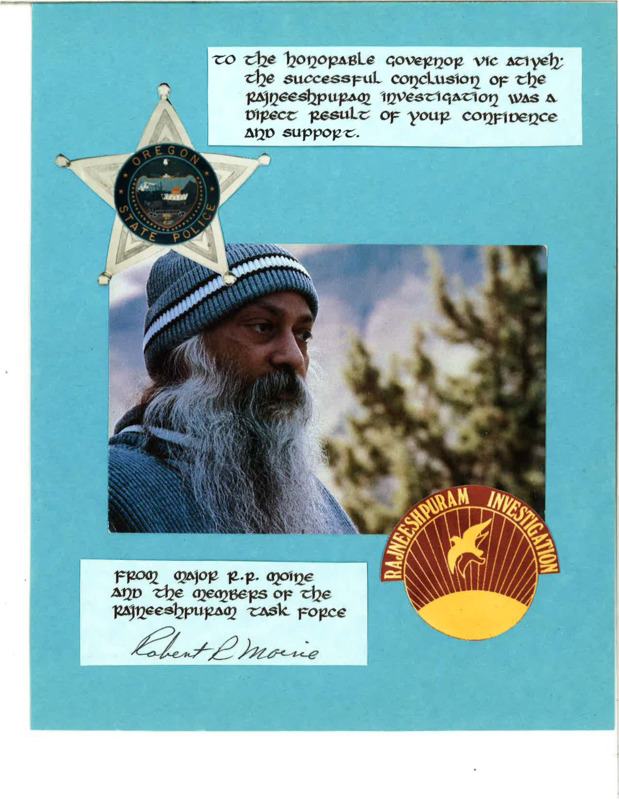 Memento from the Rajneeshpuram Task Force 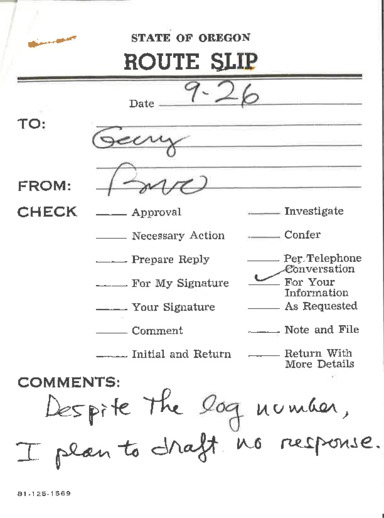 The Rajneesh community began to seek power in the local government as soon as it arrived in Oregon. Dozens of Rajneeshees moved to the small town of Antelope beginning in 1982, overwhelming the small population of original residents. They took control of the town council and changed the name of the town to Rajneesh. After being blocked in their fight to incorporate Rajneeshpuram in late 1983, the commune set its sights on controlling the Wasco County Court.

In order for their candidates to win in the November 1984 elections, Ma Anand Sheela and several other Rajneesh leaders took radical action. They devised a plan to bring thousands of homeless people from cities across the United States to Rajneeshpuram, where they could be registered as pro-Rajneesh voters. When watchdog groups began calling for a fraud investigation, the Rajneesh dumped hundreds of these homeless people in Portland and The Dalles.

On top of trying to add new pro-Rajneesh voters, they also wanted to prevent anti-Rajneesh voters from going to the polls. Ma Anand Sheela and others decided to poison area residents with salmonella, in the hopes that they would be too sick to vote on the day of the election. As a "trial run" of this scheme, they poisoned the salad bars at multiple restaurants around the county's largest city, The Dalles, in September and October. None died, but hundreds got sick. The connection between the Rajneesh and the poisonings did not come out until months after the election.

The Rajneesh engaged in several other schemes during this time, including poisonings of specific individuals and smear campaigns against their enemies. County residents rallied against their tactics, and the Rajneesh, at last, realized that they could not win the election. Ultimately, they withdrew their candidates and did not proceed with their plan to poison more people in November.

For more documentation of these events from the point of view of the Governor's Office, see the next section on State Surveillance and Responses .