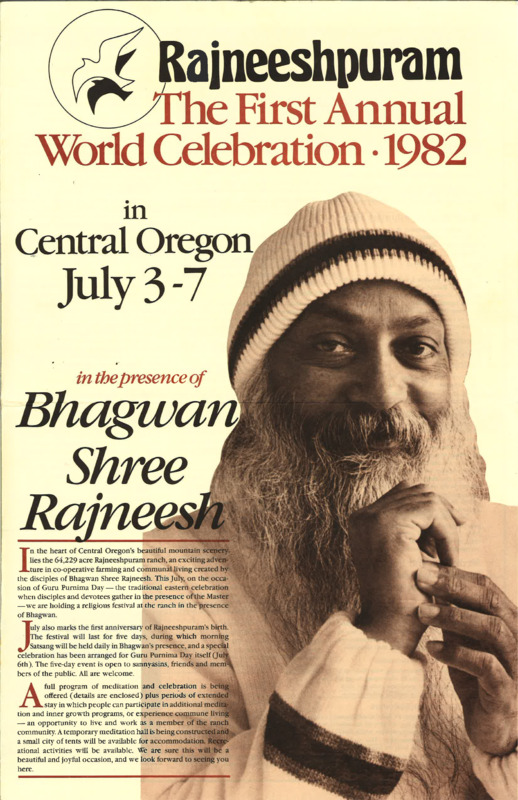 In July 1982, the Rajneesh community held a "World Celebration" at their three ashrams in Oregon, India and Germany. They planned to welcome thousands to Rajneeshpuram in Wasco County, inviting "sannyasins, friends and members of the public" to take part in the 5-day celebration. Activities at this location included meditation, satsangs (spiritual audiences) with the guru, communal meals and classes in spiritual practices.

When the government and local residents learned of plans for the festival, many were alarmed. Opposition groups raised concerns about security, water, sewage and emergency preparedness. Governor Atiyeh's office spoke with Rajneesh leaders as well as opposition groups and state agencies to coordinate a response. While the government did issue a permit for the event, they did so reluctantly and with much concern about the growing population and influence of Rajneeshpuram. 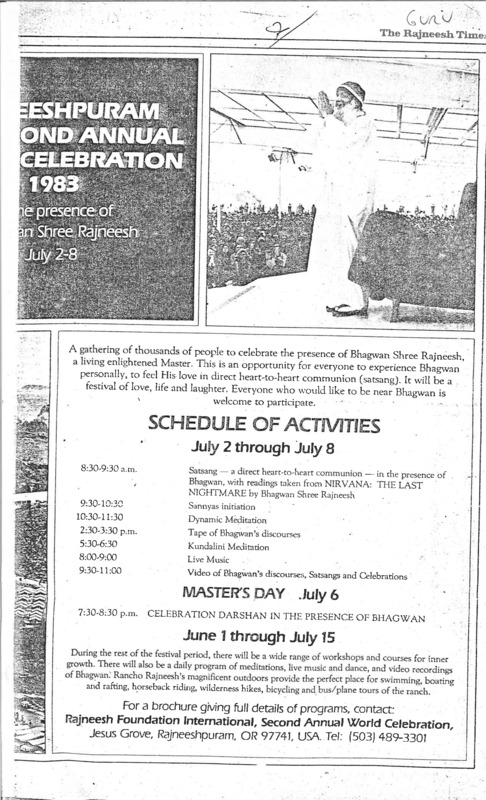 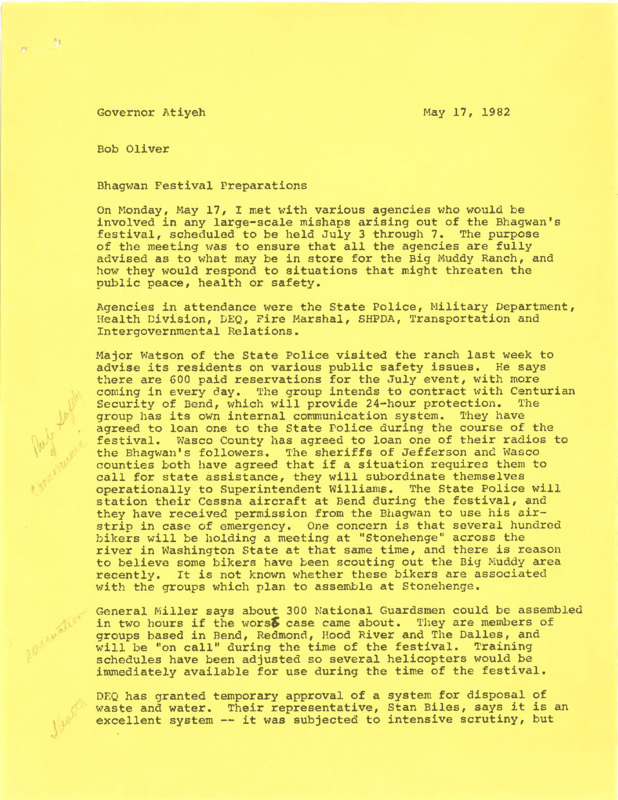 Memo to Gov. Atiyeh on the 1982 festival 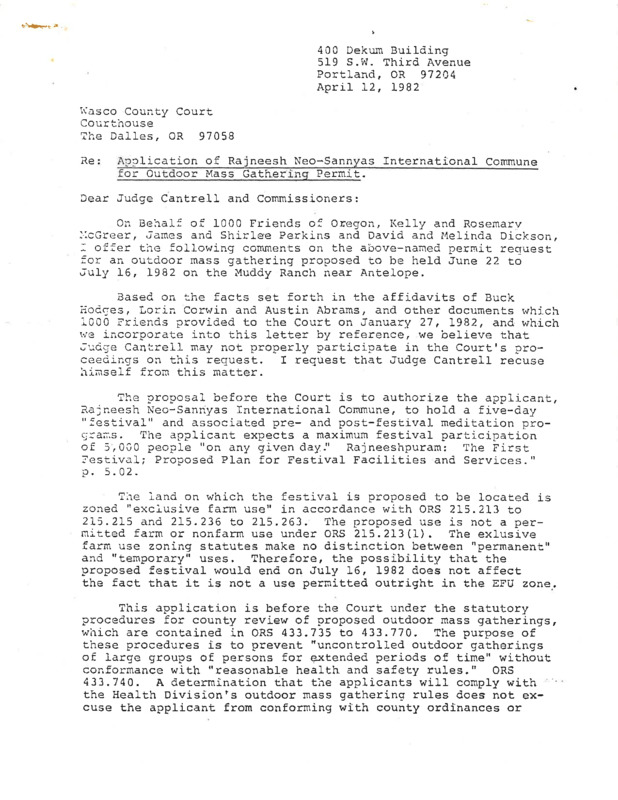 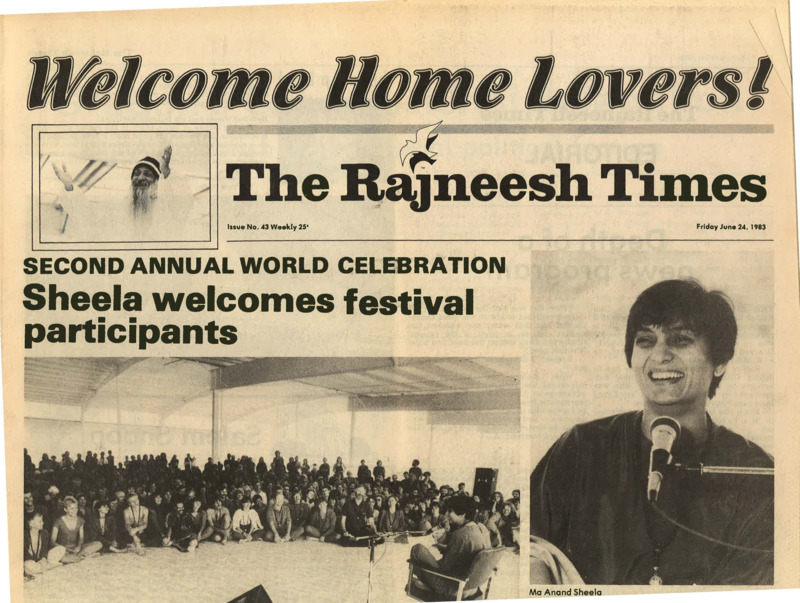