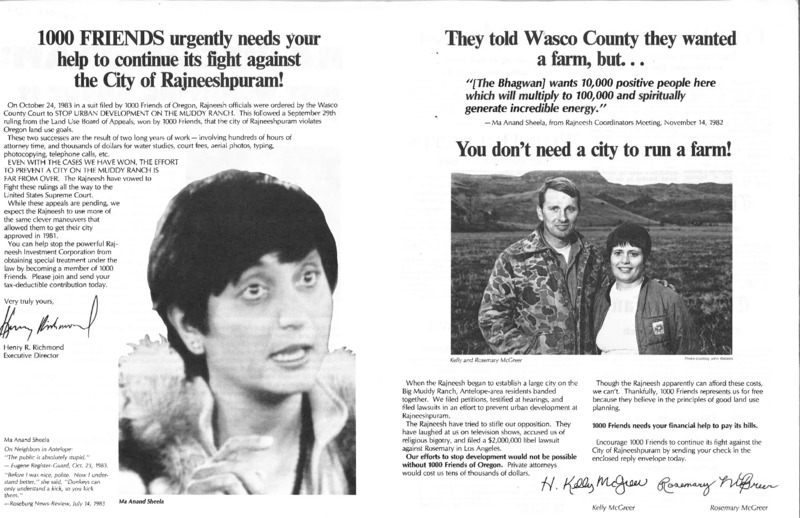 In 1982, the Rajneesh community at the "Big Muddy Ranch" property in Wasco County voted to incorporate itself as the city of Rajneeshpuram. Incorporation could bring many benefits, including funds from state tax revenues, freedom from restrictive land-use regulations, and support for services such as law enforcement and education.

On the other hand, it also created a focal point for opposition to the Rajneesh. The "1000 Friends of Oregon," a group founded by former Governor Tom McCall to help enforce land-use laws, quickly organized legal attacks. They alleged that the Rajneesh had only succeeded in incorporating because they had bribed a local judge through the payment of an inflated price for his herd of cattle.  When this was unsuccessful, they attacked the Rajneesh on alleged zoning, permit and environmental violations. Other groups joined in the battle as the crisis continued.

In late 1983, Oregon Attorney General Dave Frohnmayer declared that the incorporation of Rajneeshpuram was invalid, citing the " total fusion of government and of religious functions" in their community, which violated the constitutional separation of church and state. Even though Frohnmayer did not have clear legal authority to do this, state funds and services were abruptly withdrawn as a result. Governor Atiyeh was deeply concerned about Rajneeshpuram, but he directed Frohnmayer to go through the courts in order to resolve the dispute. These legal battles would lead the Rajneesh to pursue a new strategy to build their city: they would take over one that already existed. 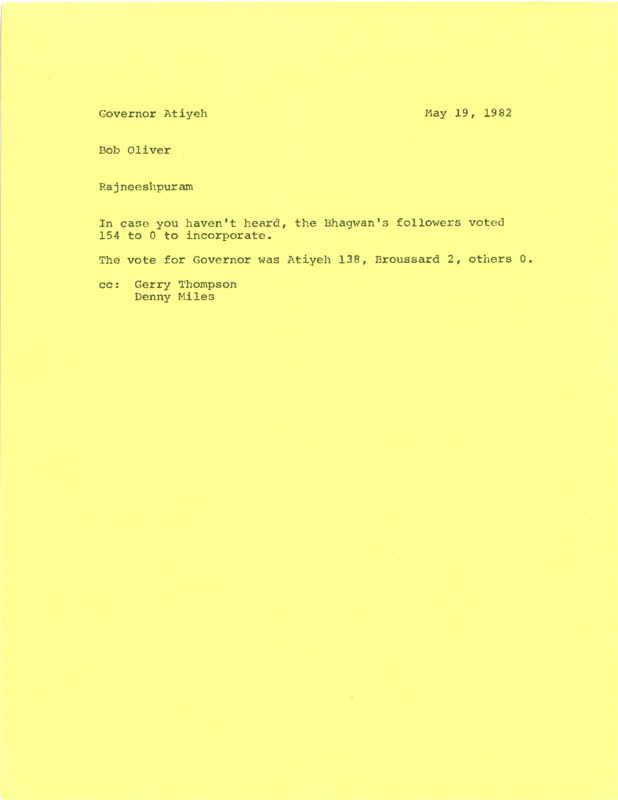 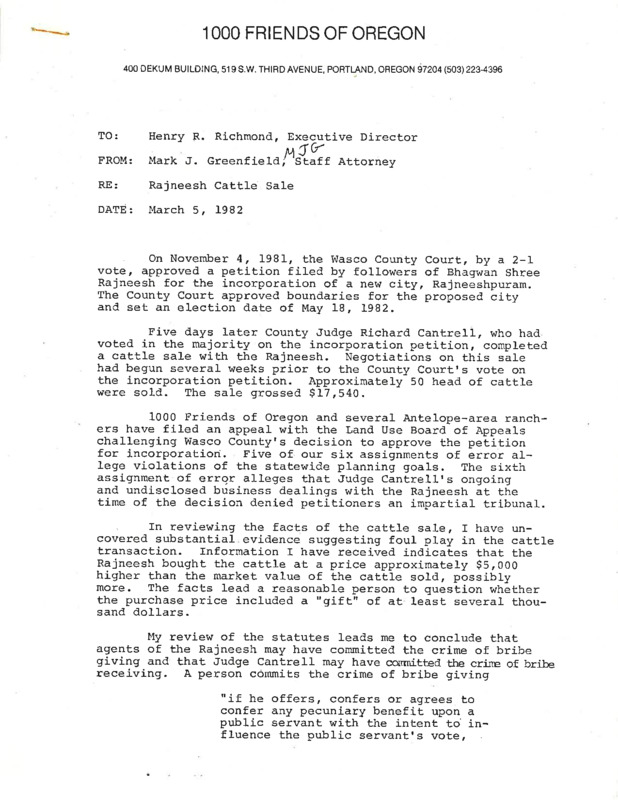 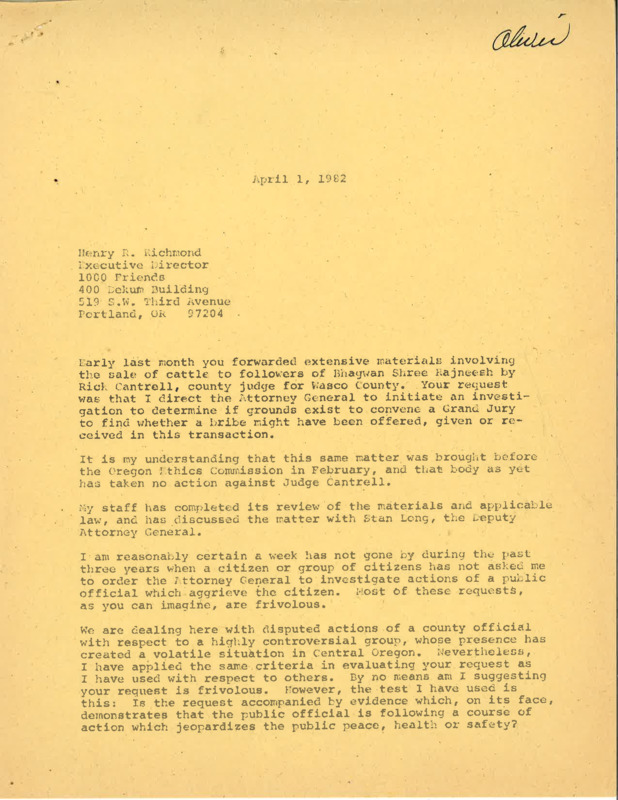 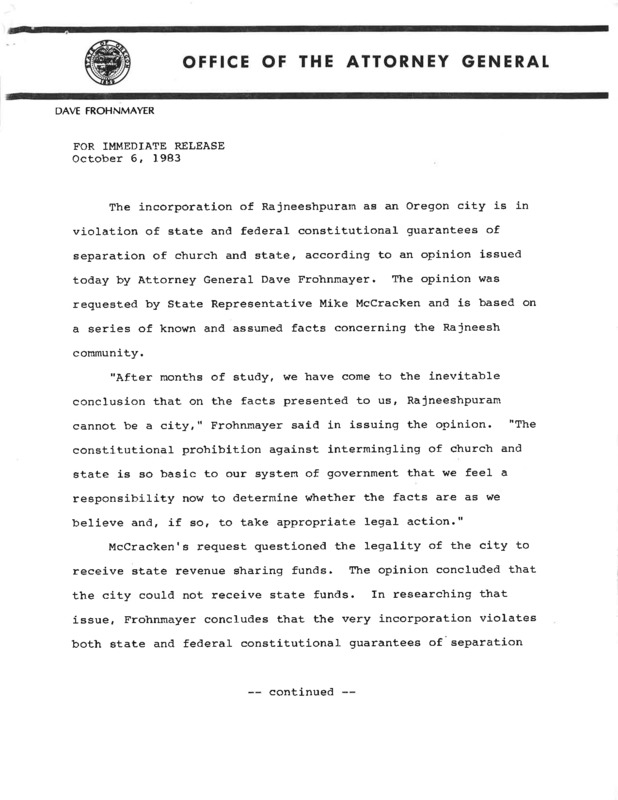