Public Views on the Rajneesh · heritage

Public Views on the Rajneesh

Governor Atiyeh and other state agencies received numerous letters from Oregon citizens about Rajneesh activities. Public views varied widely, ranging from support for the Governor's restrained handling of the crisis to calls to crack down hard on the Rajneesh. When the governor wrote back to these concerned citizens, he was careful to be moderate in tone and to show his belief in freedom of religion, while supporting the law and public safety. 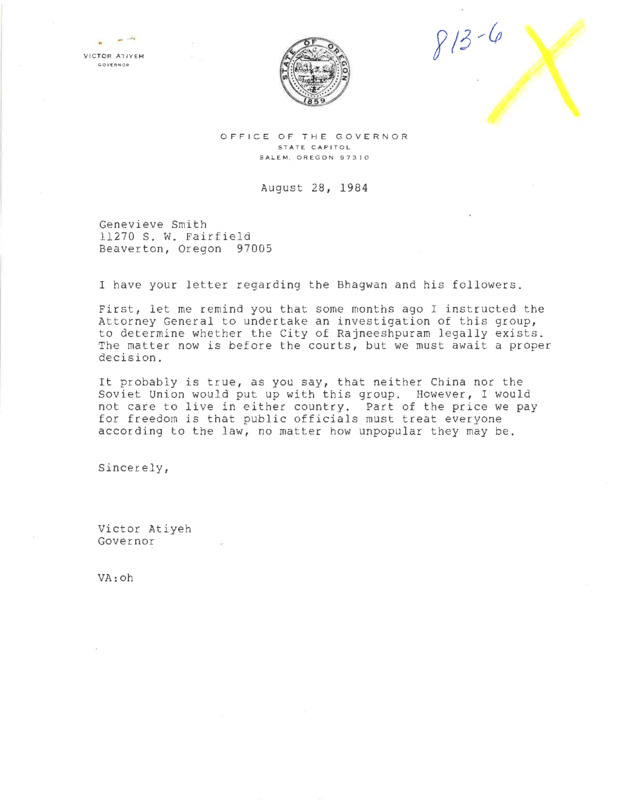 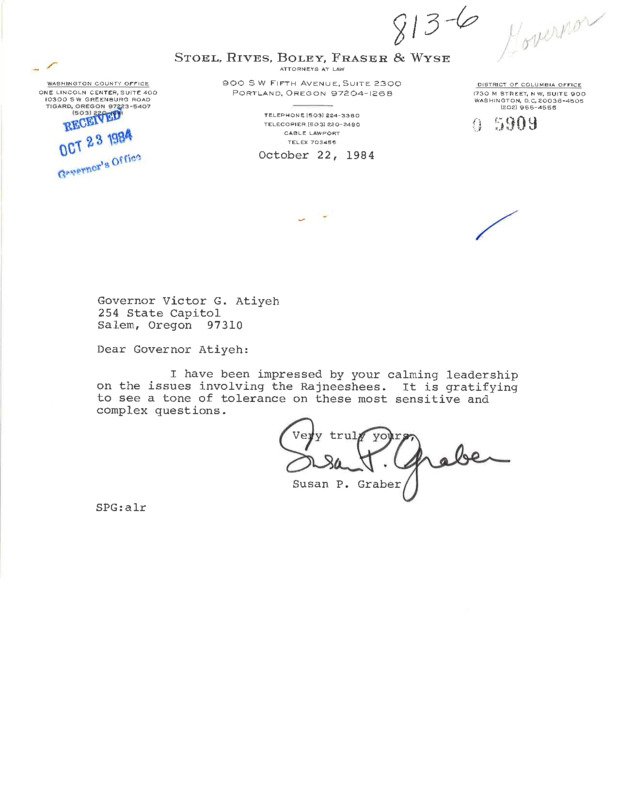 Support for the Governor 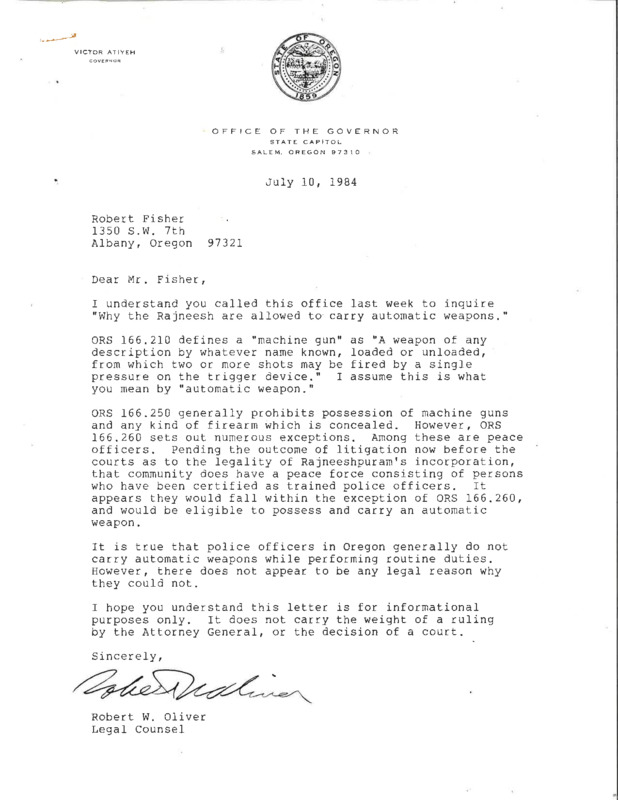 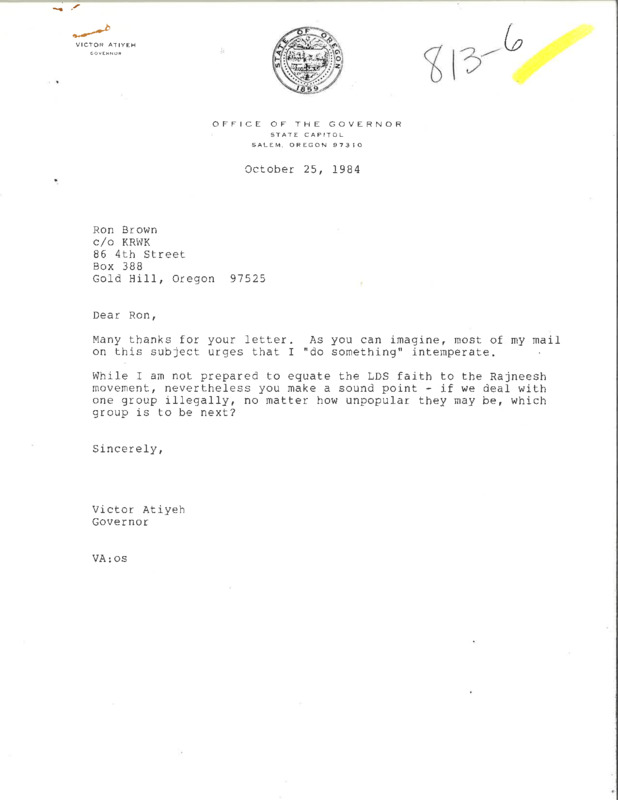 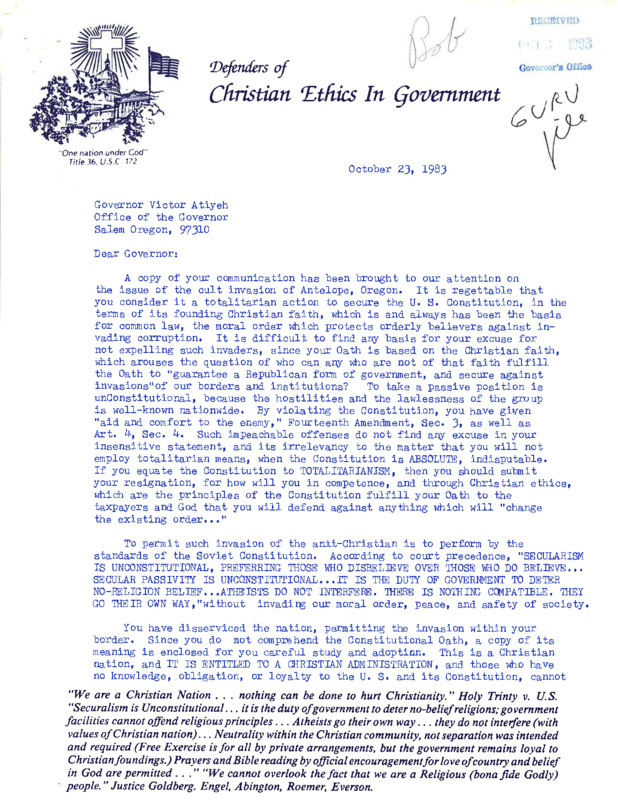 Atiyeh Should Protect Christians and the Constitution 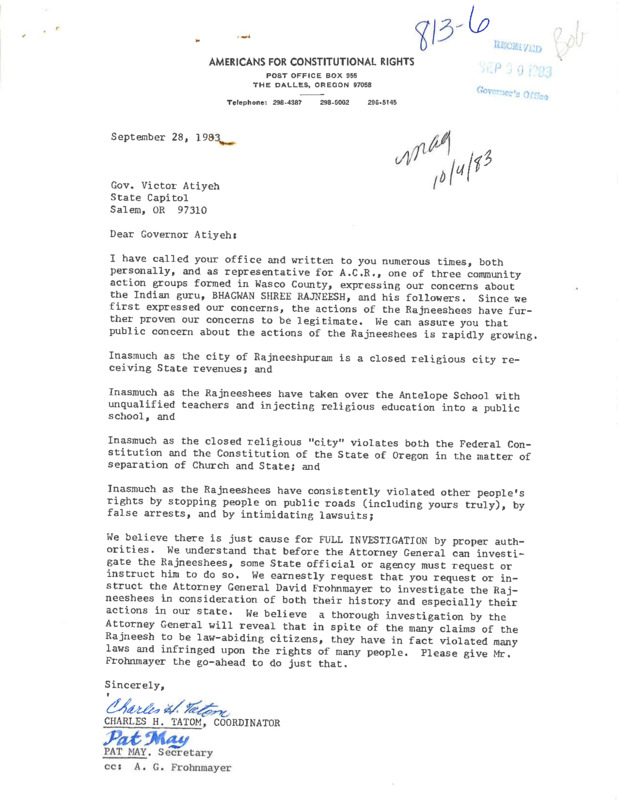 Rajneesh are the Threat

Rajneeshpuram violates the separation of church and state 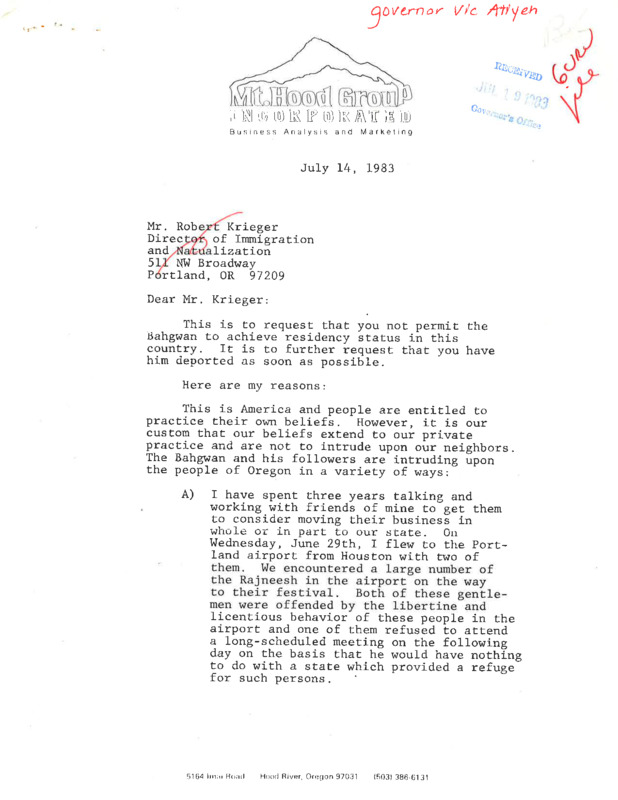