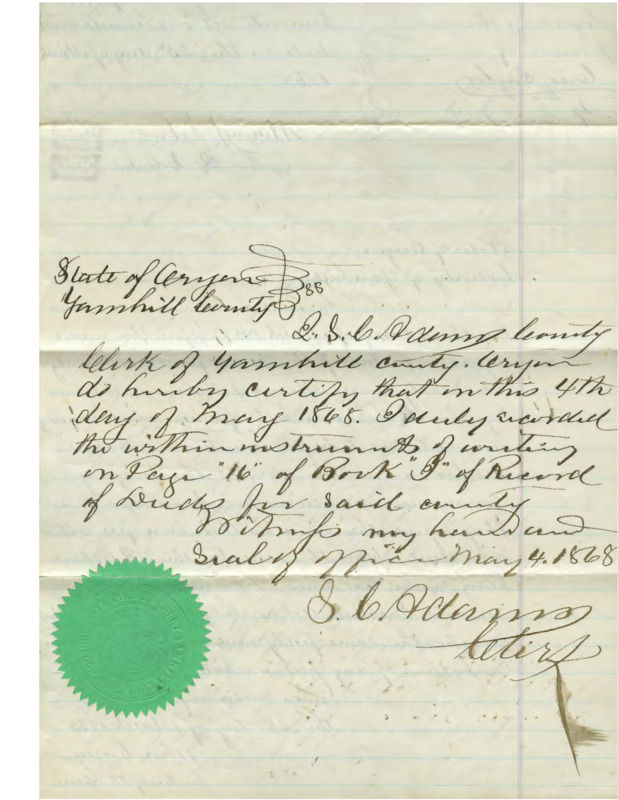 Deed in his wife's name for property near Weston, Mar 1868

After he was mustered out of the army in 1866, Cyrus tried to make a living in Yamhill County, about 25 miles south of his parents' home in Forest Grove. He resolved to make it on his own: "I don't ever expect to go back there to live, now. I've got away, I think I'll stay away," he wrote to his father.

He had to take on debt in order to get started.  He put a down payment on a house in Dayton, with the balance to be paid through a mortgage. But soon afterwards, he exchanged the mortgaged house for 80 acres of land near Weston, putting the land deed in his wife's name. He then used the Weston property as collateral for another parcel of land with frontage on the Willamette River. He and a partner, George Carey, started building a warehouse business there, but they had to borrow from many different people and quickly ran out of money. To settle their debts, they sold off the riverfront warehouses to another man named Hall -- who unfortunately defaulted on his payments and skipped town. (For more detail, see the legal opinion on their debts, dated Nov. 27, 1872.)

As creditors began closing in, Cyrus scrambled to find another means of supporting his wife and young daughter. He tried to find a salaried job through the government. He also applied for a teaching certificate, probably hoping to supplement his farm income. But his finances -- and marriage, it would turn out -- were going downhill fast. 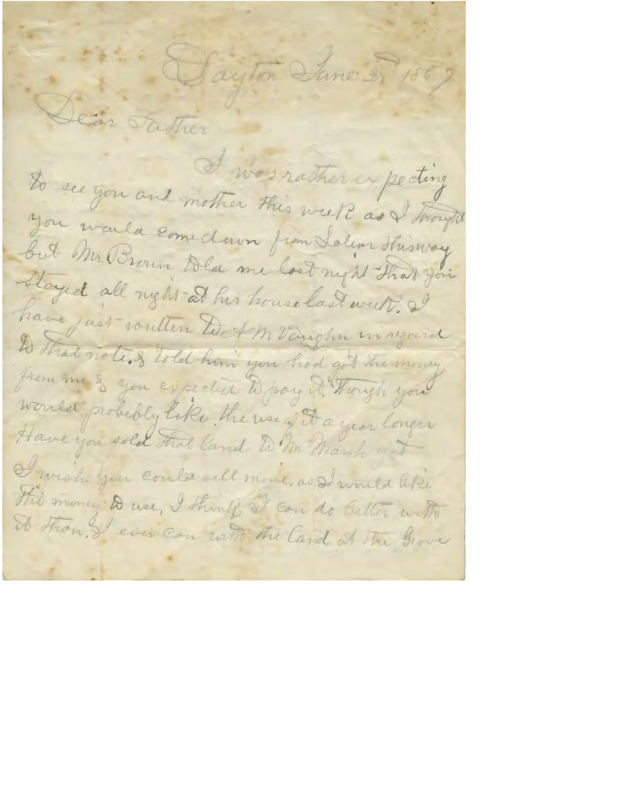 Letter to his father about money and not wanting to move back to Forest Grove, June 1867 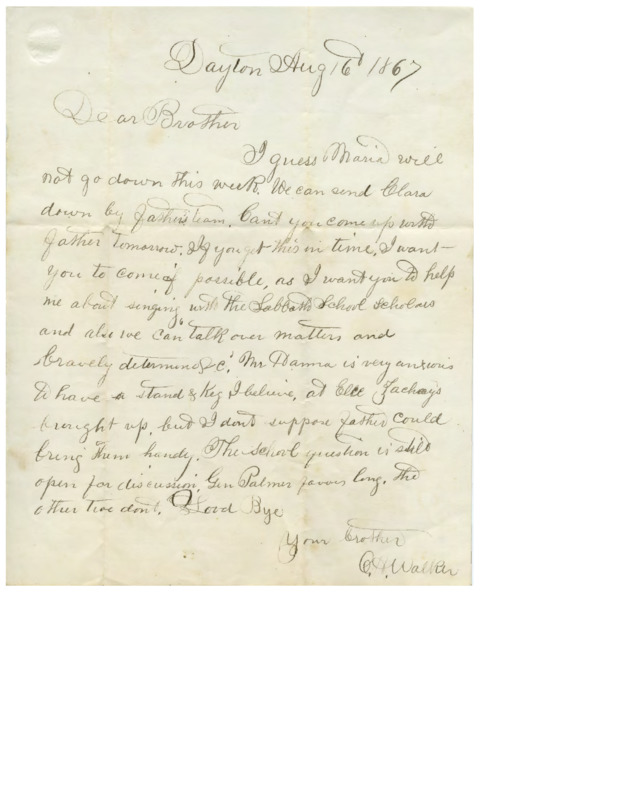 Letter to his brother about family visits, Aug 1867 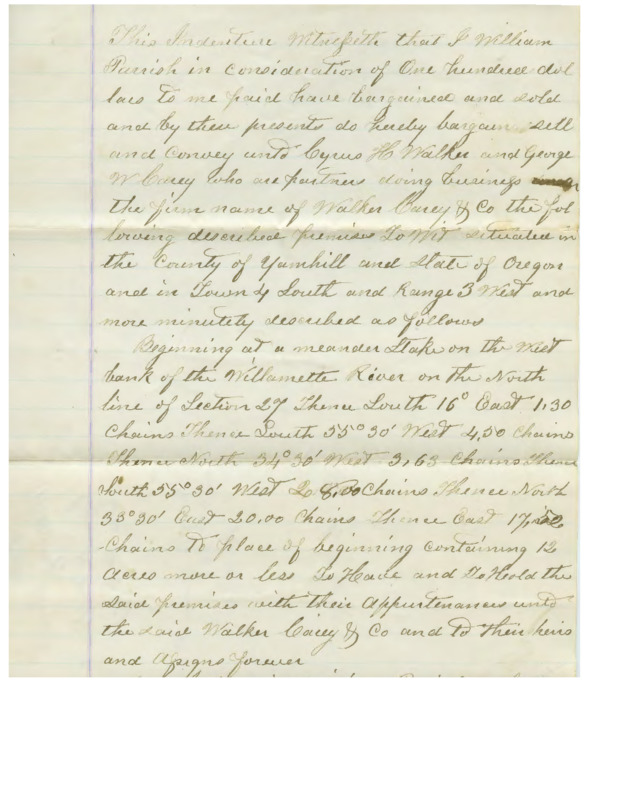 Deed of sale for property in Yamhill County from William Parrish to Cyrus Walker and George Carey, Feb 1869 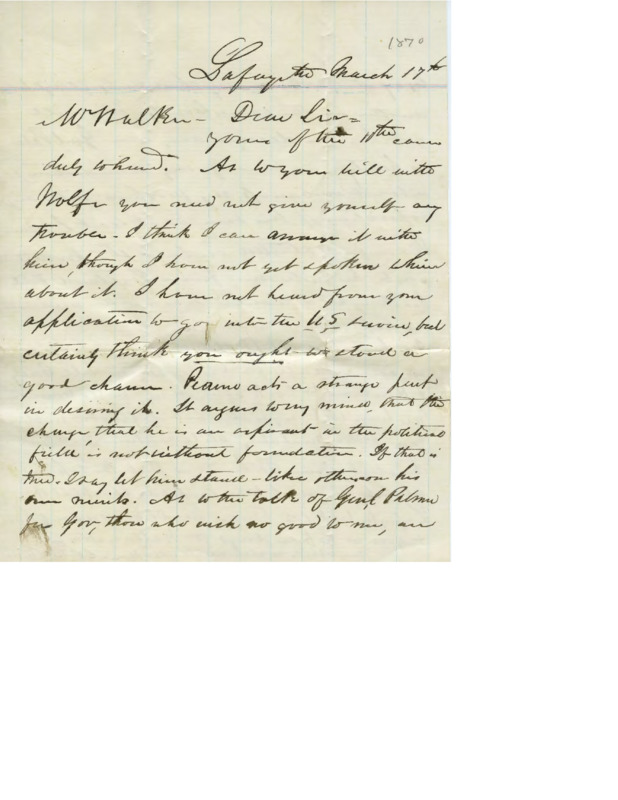 Letter from James McBride about Cyrus getting a government job & on state politics, Mar 1870 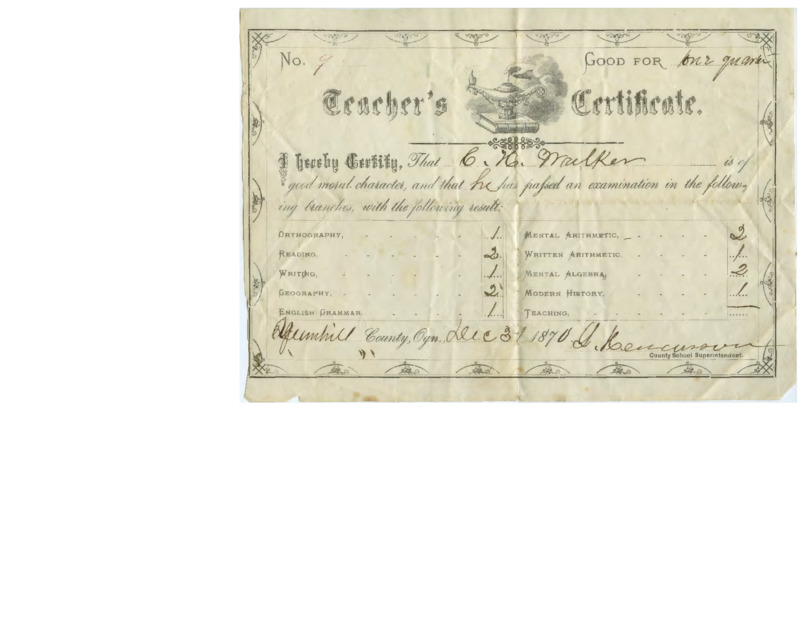