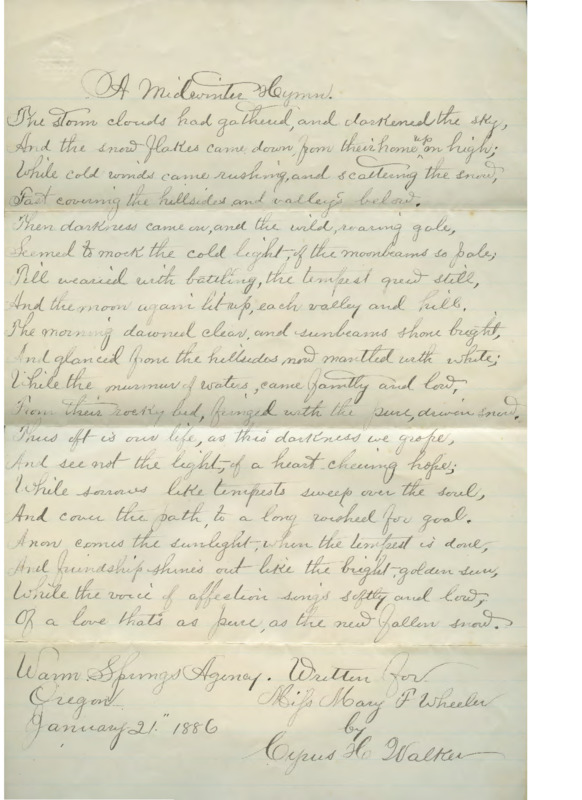 By early 1886, Cyrus had been working at the Warm Springs Agency for nine years. One of the other workers there, Jason Wheeler, had a daughter named Mary. They fell deeply in love, writing romantic letters and poems for months while they were apart. Mary represented a return to happier times for Cyrus, as he attested in a Valentine's Day poem to her:

Oh! how sweet it would be, to be loved once again,
To forget the long years of deep sorrow and pain;
To know that one heart e'er beats truly for me,
As onward I journey o'er life's troubled sea.

Meanwhile, business at the Warm Springs Indian Agency continued. Cyrus was appointed Postmaster in the fall of 1886. Soon afterwards he began helping to investigate the murder of a Native woman at Warm Springs. He believed that the murder might be connected with inter-tribal tensions between the Paiute and Wasco peoples, who had recently been forced to live on the same lands.

The year 1888 marked Cyrus' 50th birthday. It was about this time that he began showing an interest in preserving the pioneer history of Oregon. In the decades that followed, he would make a name for himself in historical societies as the "oldest living white man born west of the Rocky Mountains." 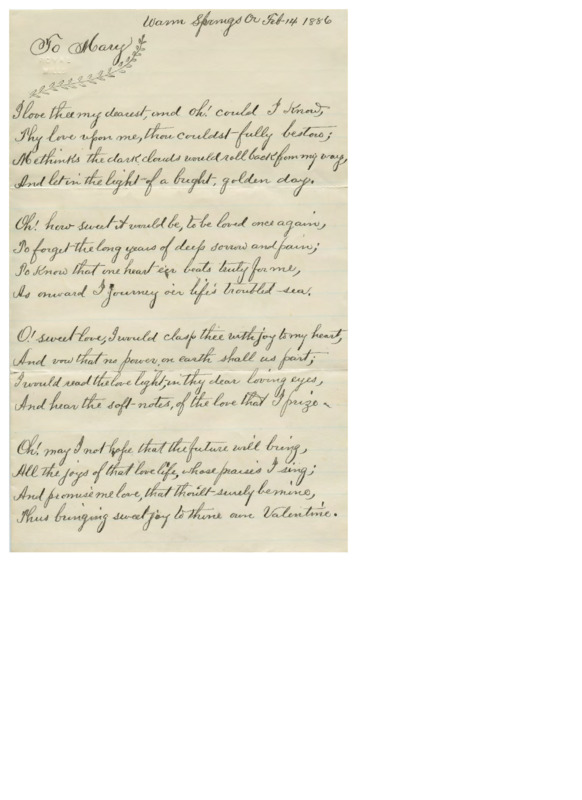 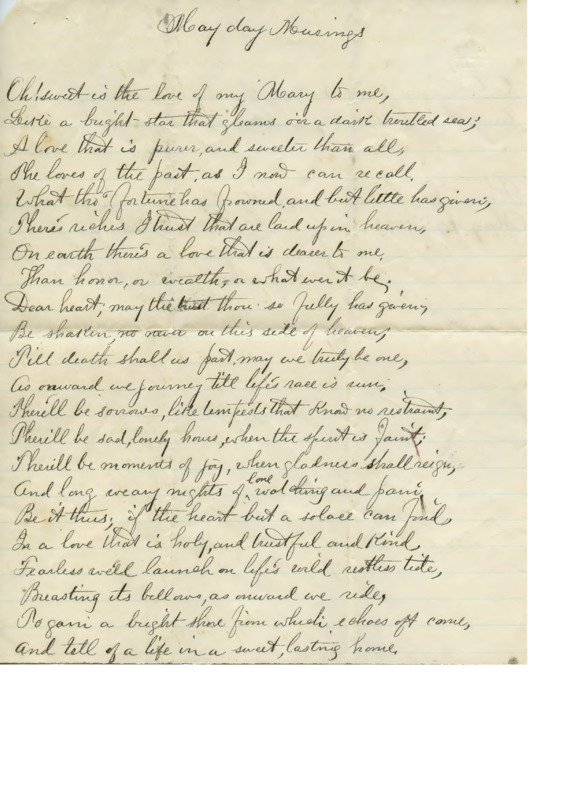 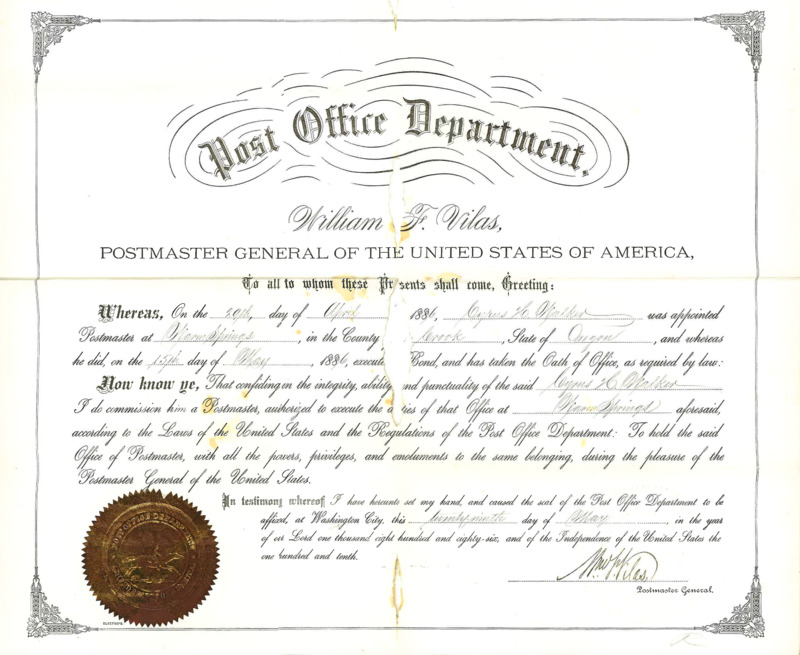 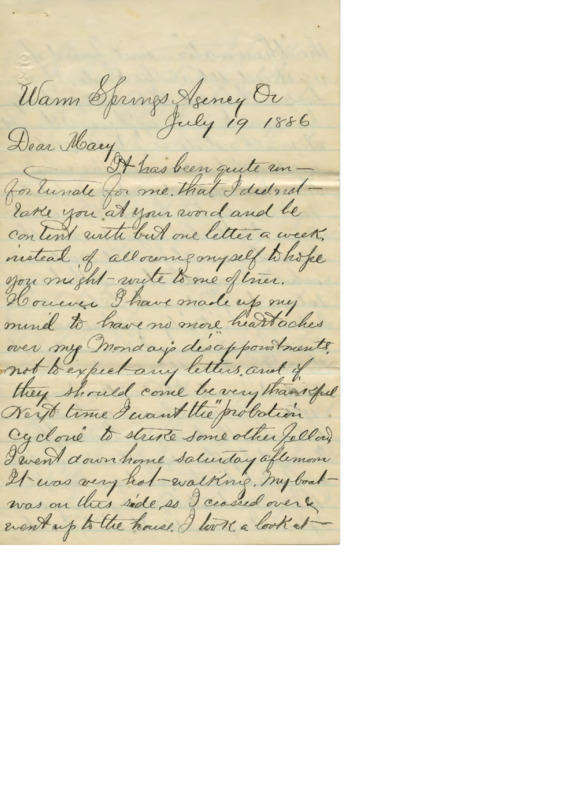 Two letters to Mary Wheeler regarding the murder of a Native woman in Warm Springs, July 1886 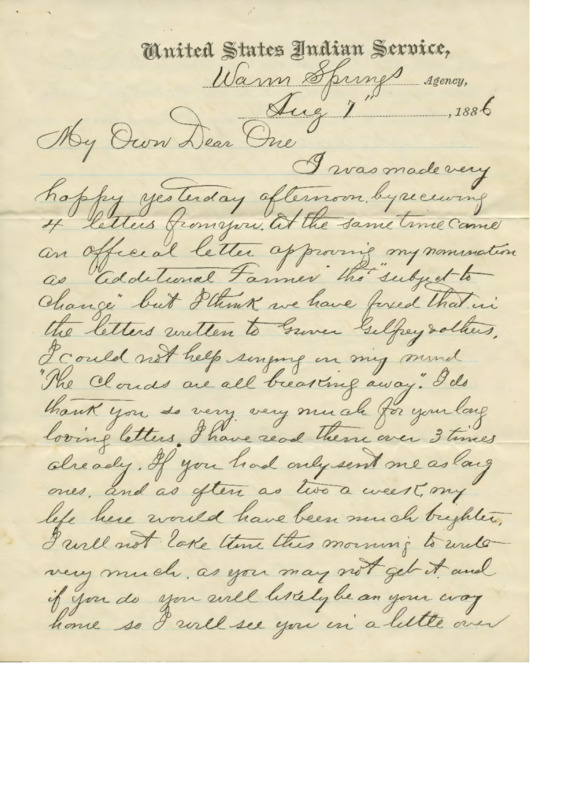 Letter from Mary on Cyrus' work at Warm Springs and the recent murder, Aug 1886 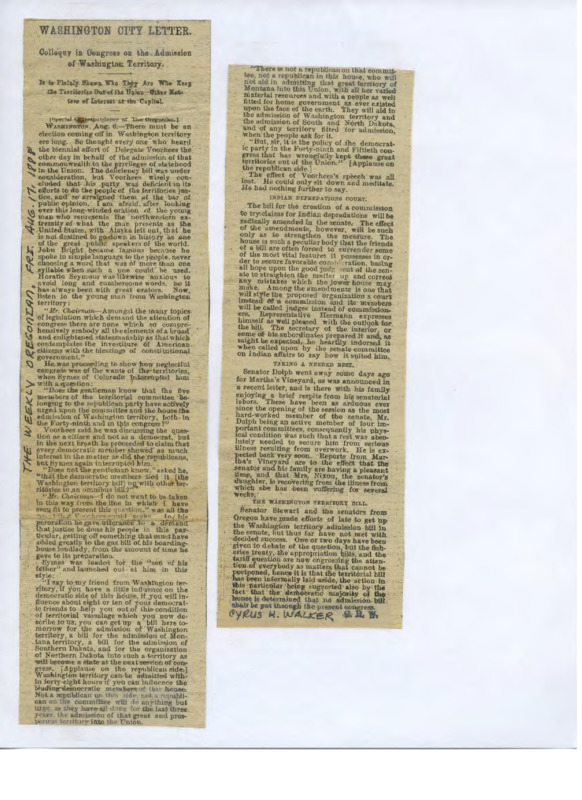 Article by Cyrus in the Oregonian on admitting Washington as a state, Aug 1888 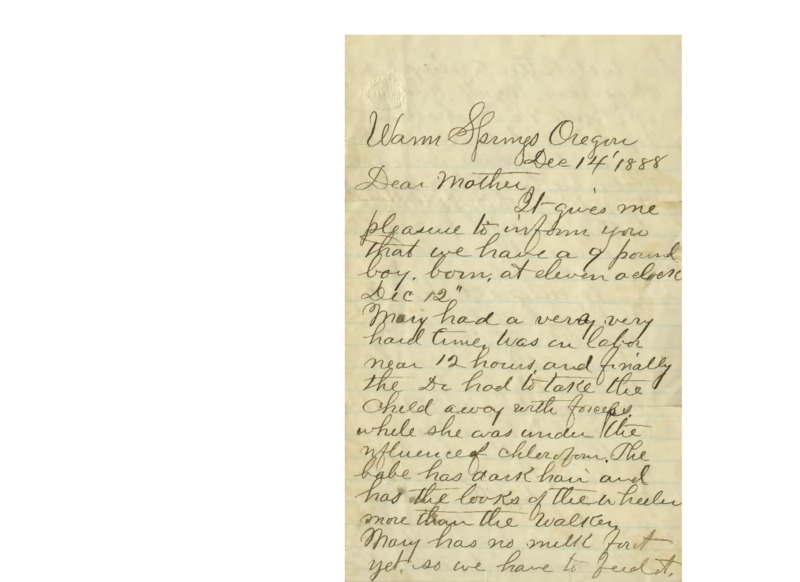 Letter to his mother on the birth of his son Clifford, Dec 1888 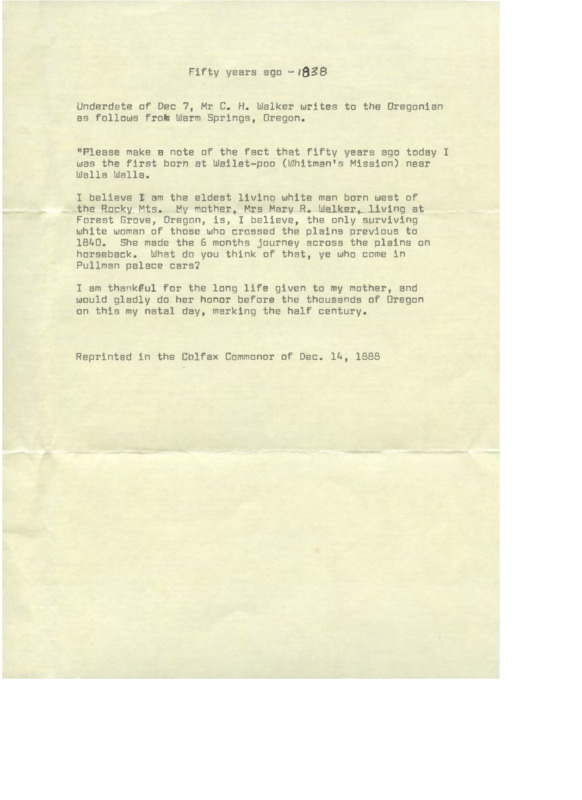 Letter to the Oregonian on Cyrus being the first white male baby born in the Pacific Northwest, Dec 1888 (transcript) 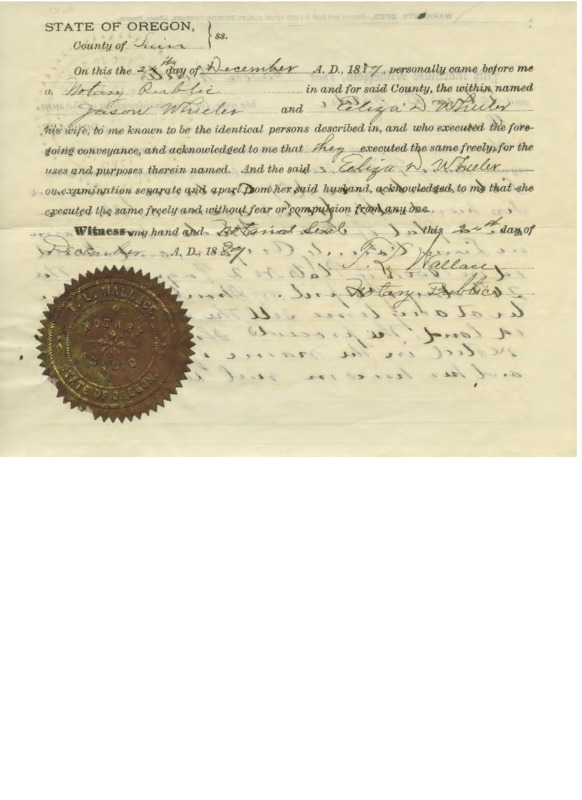 Deed granting Mary 10 acres of land from her parents, Dec 1889