Move to Linn County and Trial 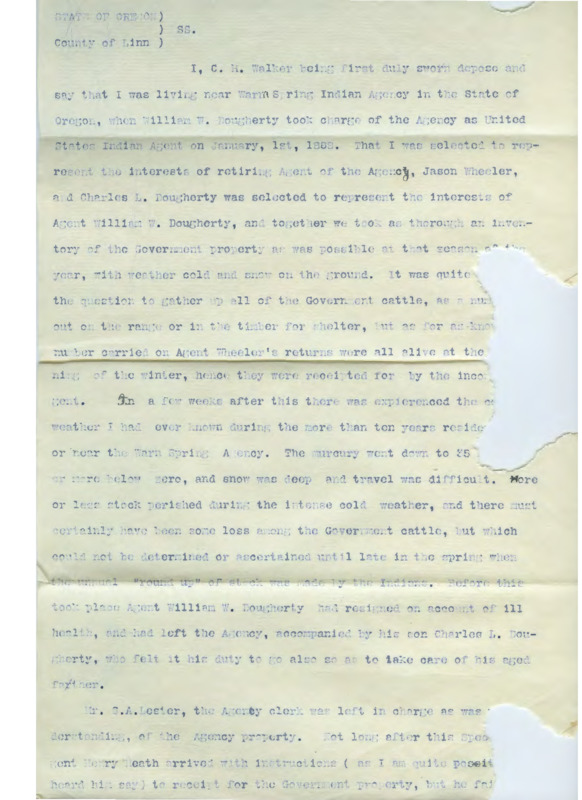 Cyrus Walker had been working as the superintendent of the Warm Springs Indian School since late 1889, while his wife Mary worked as the school matron. In 1892,  the couple resigned from the Warm Springs Agency. This was probably prompted by the election of President Cleveland, a Democrat, who could be expected to replace federal employees who had been appointed under the previous Republican administration. Cyrus, Mary and their two children moved to Linn County, most likely onto land that Mary received from her parents in 1889.

Sworn statement made by Cyrus Walker to Indian Agent J.C. Luckey as a witness in a dispute involving Jason Wheeler at Warm Springs

Letter from Marcus Walker to his brother Cyrus Walker on politics and religion, particularly the 1892 presidential election

Letter from S.J. Newsom to Jason Wheeler requesting him to ask Cyrus Walker to assist with financial irregularities