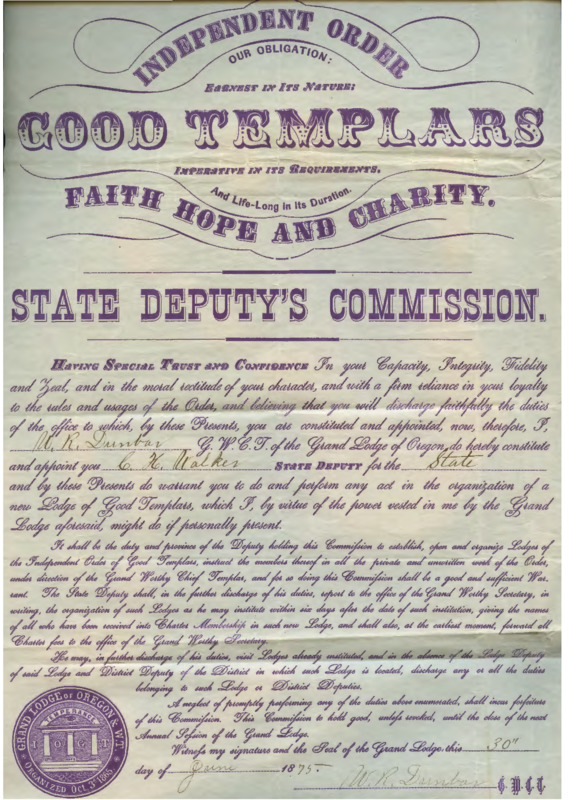 After his businesses failed and his first wife left him, Cyrus Walker had to rebuild his life. He moved back to his hometown of Forest Grove for a time and appears to have found work as a teacher. He also threw himself into work for the anti-alcohol temperance movement via participation in two fraternal organizations: the Good Templars and the International Order of Odd Fellows. He rose to be the Good Templar's deputy for the state of Oregon in 1875.

Around the same time, Cyrus moved briefly to Clackamas County, where he was certified as a teacher, and then to Washington Territory. He appears to have only stayed in each location briefly, perhaps while searching for a permanent position. 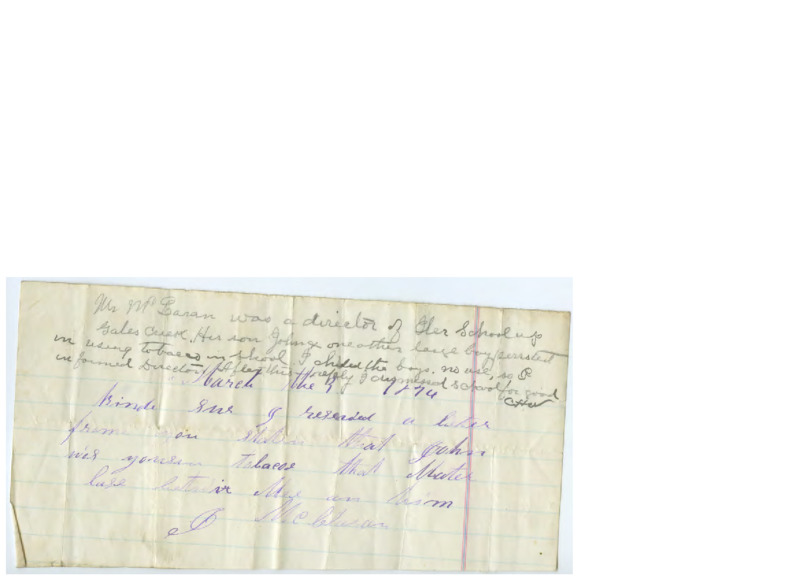 Note about a boy dismissed from school for smoking tobacco, Mar 1874 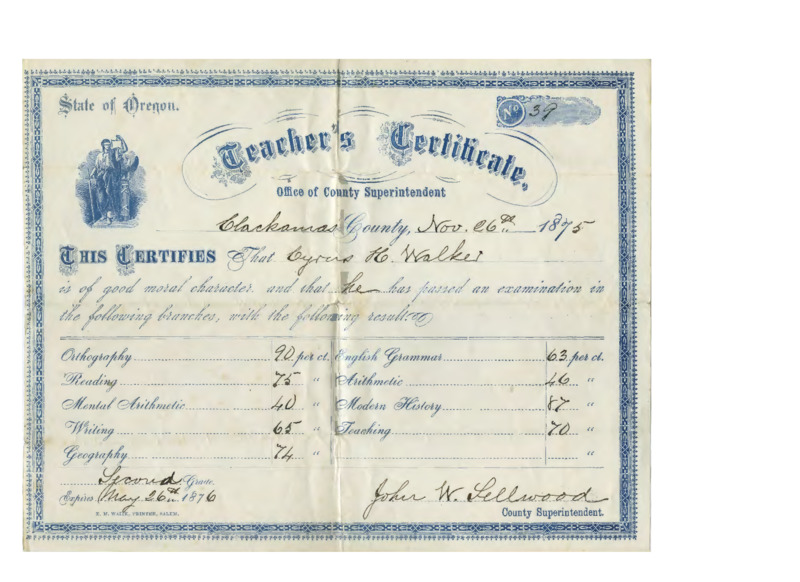 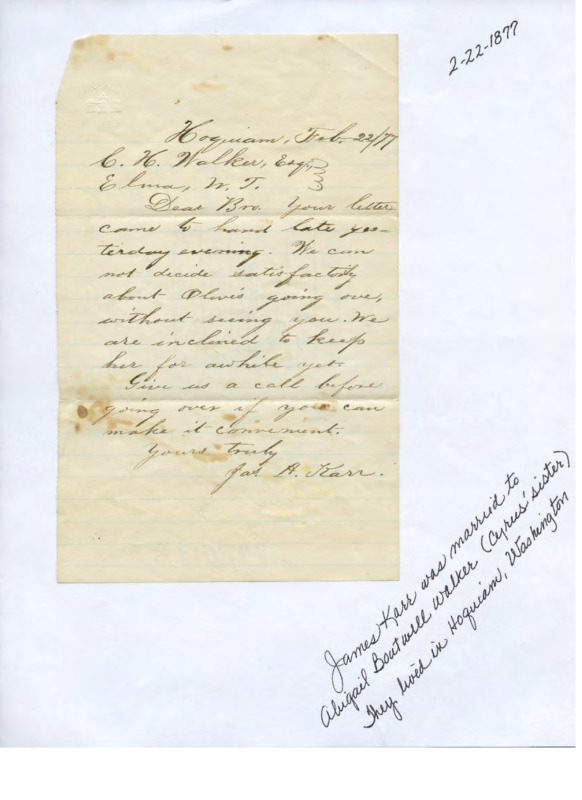 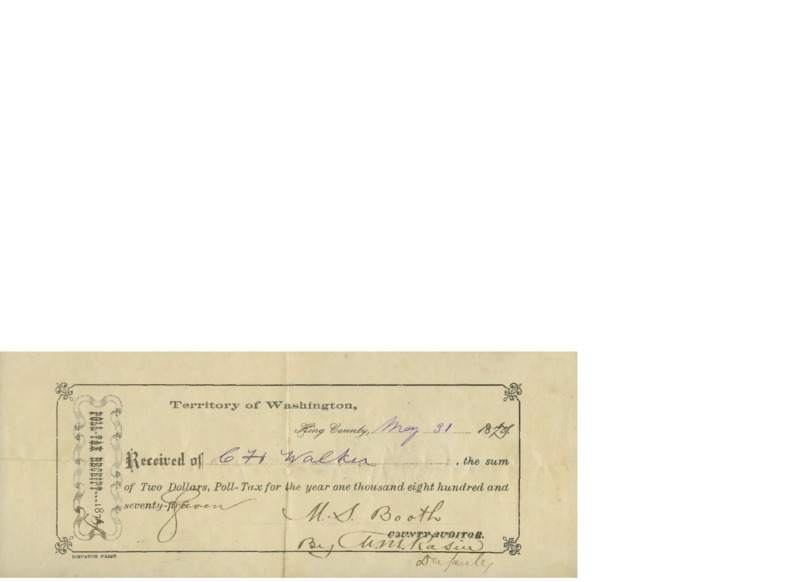 Recipt for Poll Tax in Washington Territory, May 1877 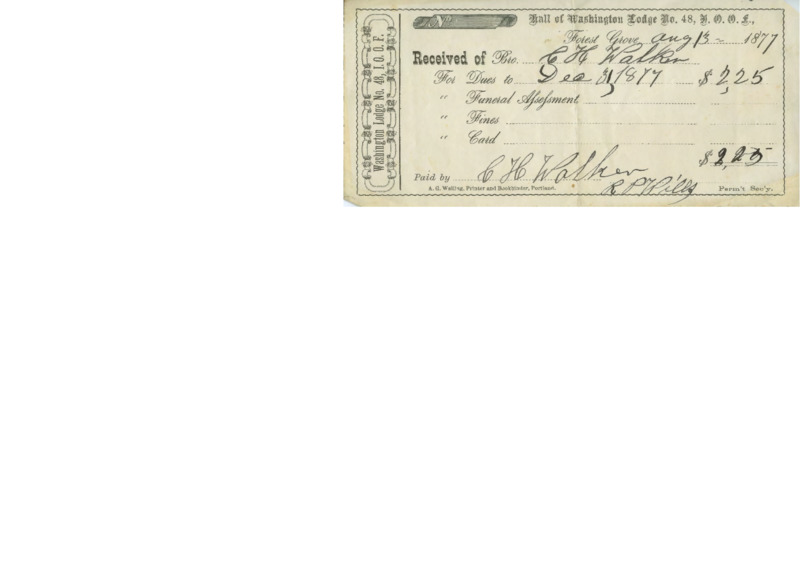