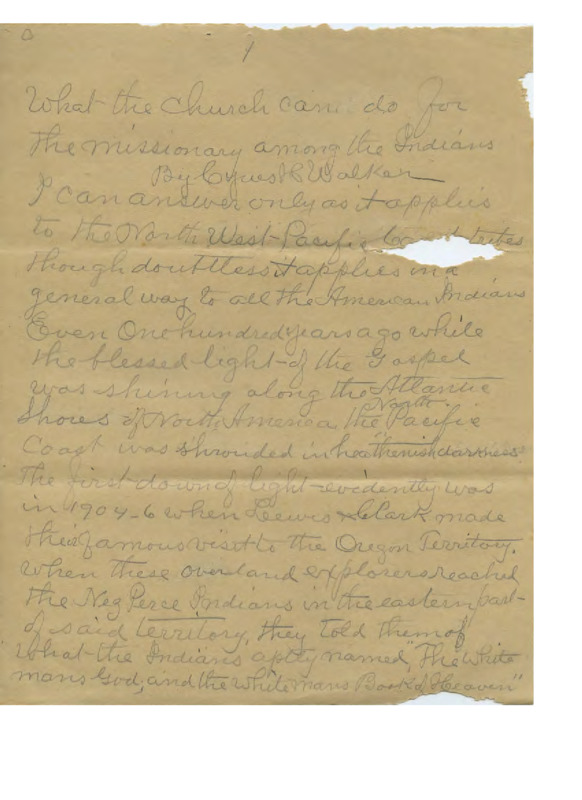 Memories of missionary work, including a section on his early years at Warm Springs in 1877-1879 (written in 1910s)

After suffering financial ruin in the early 1870s, Cyrus Walker had moved from place to place, trying to find a permanent career. In August 1877, his father Reverend Elkanah Walker sent him a telegram, letting him know that he could go on ahead to the Warm Springs Indian Reservation where his brother Marcus had been stationed. Marcus had gotten sick and Cyrus was invited to take over his job. He would end up staying on the reservation for about fifteen years, working with the Warm Springs, Wasco, and Paiute tribes who had been relocated there.

Cyrus first worked as the Agency Clerk, or bookkeeper. Later, he would teach at the Warm Springs Indian School and serve as postmaster. For Cyrus, working at the reservation was a kind of return to his roots as the child of missionaries to Northwest tribes. Though he firmly believed in Christianizing the Natives, he was probably more culturally sensitive than many of his contemporaries, since he had grown up among the Spokane and had learned about native customs since childhood. Cyrus learned to speak the local version of the creole language, "Chinook Jargon," that was in use at the Agency. Alongside his government job, he built several businesses to supplement his income. Following the tumultuous period of his divorce and financial difficulties, coming to Warm Springs appears to have provided him with stability and purpose.

Cyrus only kept a handful of original documents from his first several years at Warm Springs. For researchers interested in this period, the Warm Springs Agency files in the National Archives doubtless contain much more information about his activities. Search: https://catalog.archives.gov/ 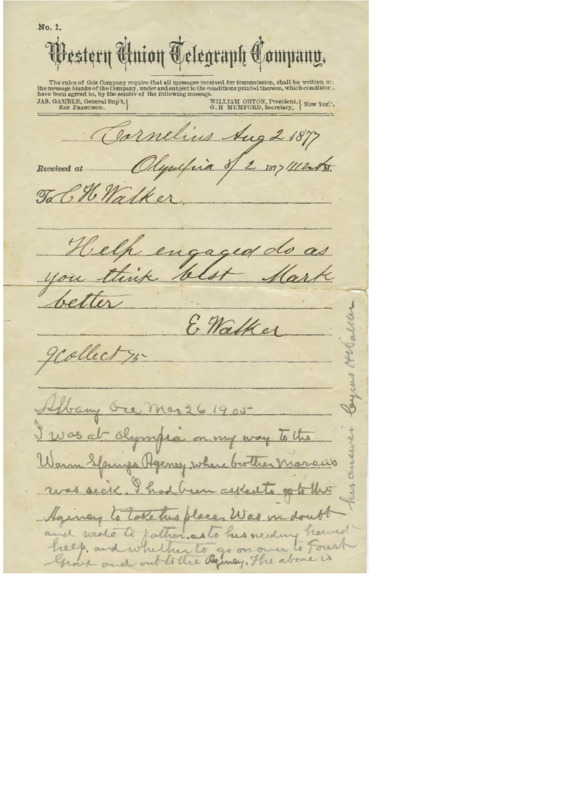 Telegram from Elakanah Walker telling Cyrus to go ahead to Warm Springs, Aug 1877 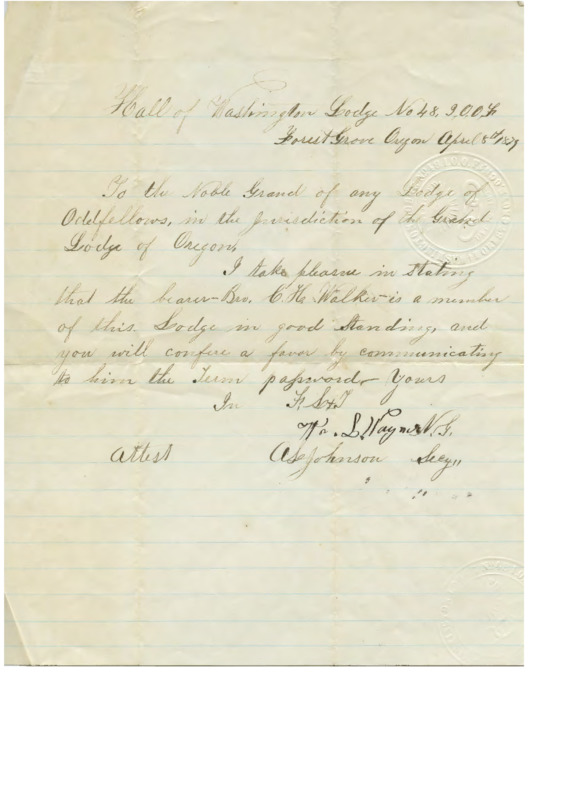 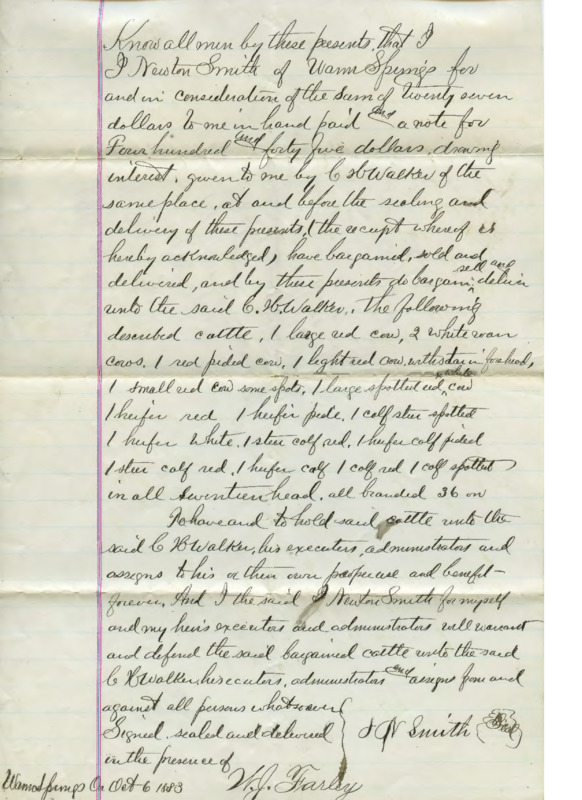 Bill of sale for cattle bought on credit from J.N. Smith, Oct 1883 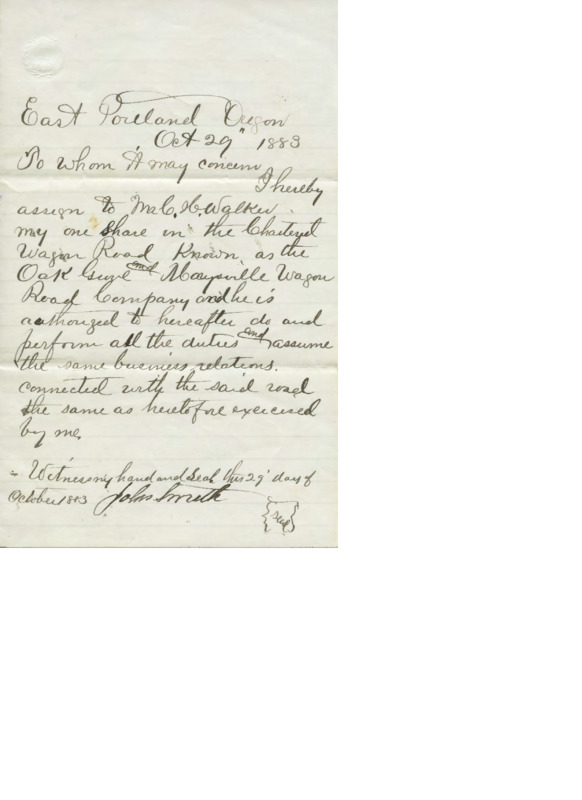 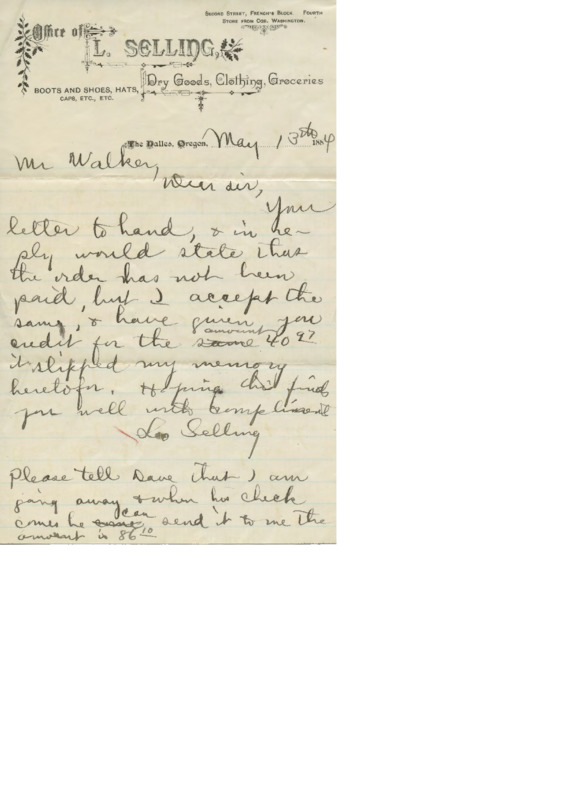 Letter from a general store in The Dalles regarding purchases for the Warm Springs Indian Agency, May 1884