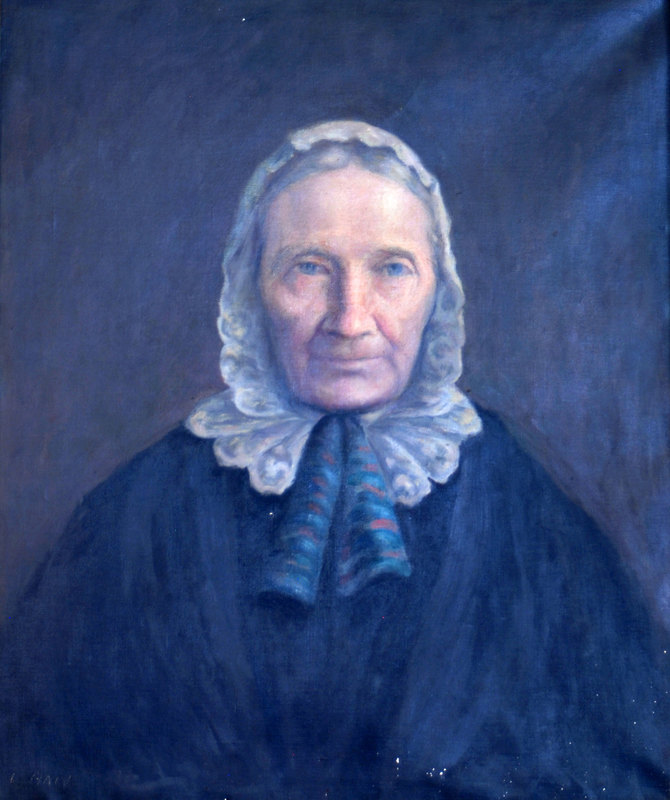 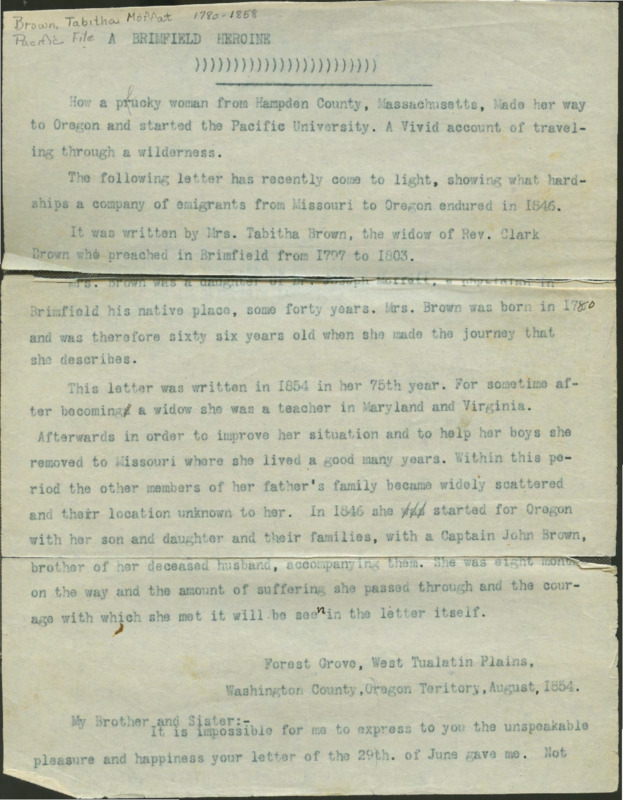 Tabitha Brown started a school in Forest Grove before Pacific University began. She had walked the overland trail to Oregon in 1846 when she was 66 years old. After a harrowing journey that included a winter mountain crossing through heavy snow, she arrived what is now Forest Grove to live with her son Orus. (She wrote about the journey in an article titled "The Brimfield Heroine," reproduced on this page.) Here on the Tualatin Plains, she met a former missionary couple named Harvey and Emeline Clark. The Clarks had wanted to educate and convert the local Tualatin tribe, but had failed to make progress. Tabitha conceived the idea to start an "orphan asylum" to teach and care for children using a cabin that Harvey Clarke and his wife Emaline had built several years earlier. The log cabin school, which taught the children of local settlers as well as orphans whose parents had died on the way to Oregon, was up and running by 1848.

A year later, a group of men and women decided to convert Tabitha Brown's small school into an Academy which could teach high school level classes. Tualatin Academy was chartered in 1849. Pacific University, which would offer college-level classes, began four years later. Several women played important roles in this evolution of the school from an "orphan asylum" to a university. Mary Richardson Walker was a missionary who had attended Maine Wesleyan Seminary, getting a formal high school level education at a time when few women were educated beyond the elementary grades. She and her husband, Elkanah, travelled overland to the Oregon Territory in 1838, and began (unsuccesfully) trying to convert the Spokane tribes. Like other missionaries who lived in the eastern part of the Oregon Territory, they were forced to evacuate their post after their friends, the Whitmans, were killed near Walla Walla. As the Walkers and other missionary families like the Eells and Spaldings arrived in what is now Forest Grove, they began to look for ways to educate their own children. There were very few places in the Oregon of 1849 that could offer more than a small home-based education, but women missionaries like Mary Walker, Emeline Clark, Eliza Spalding and Myra Eells wanted more than that for their children. While they were not invited to sign Pacific's founding documents nor to attend its administrative meetings like their husbands were, they helped set up Tualatin Academy and donated their labor, their land, and their spiritual support to its success.

According to some sources, Eliza Spalding was one of the first teachers at Tualatin Academy, but little written evidence has been found relating to her role. Elizabeth Miller was the first woman teacher for whom documentation exists. Women attended classes at Tualatin Academy from its earliest days, and began taking college-level classes at Pacific University soon after it opened. Harriet Hoover Killin was the first woman to graduate from the college in 1869. Despite the long history of inclusion of women at Pacific, Killin was not allowed to sit on the same platform as the men during her Commencement ceremony. Her experience of being included yet not treated equally would be repeated by many women at Pacific over the following decades. 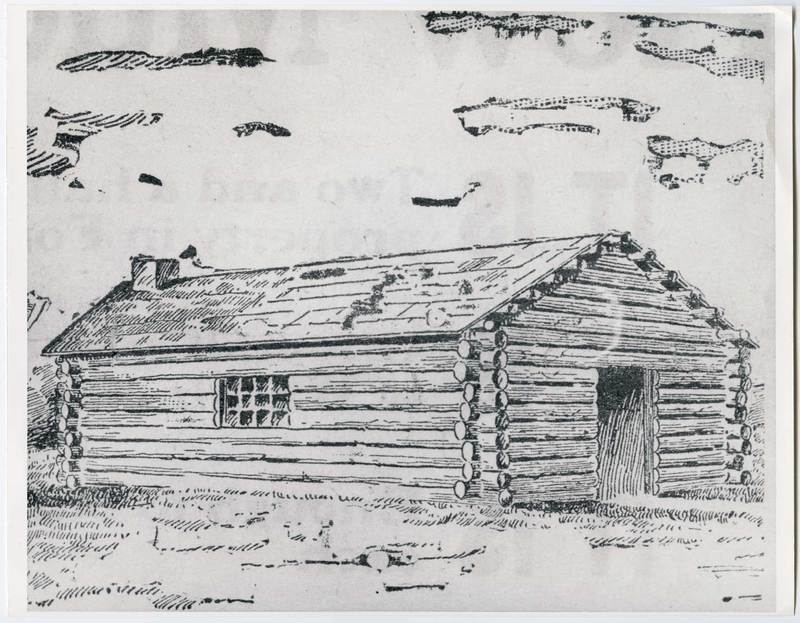 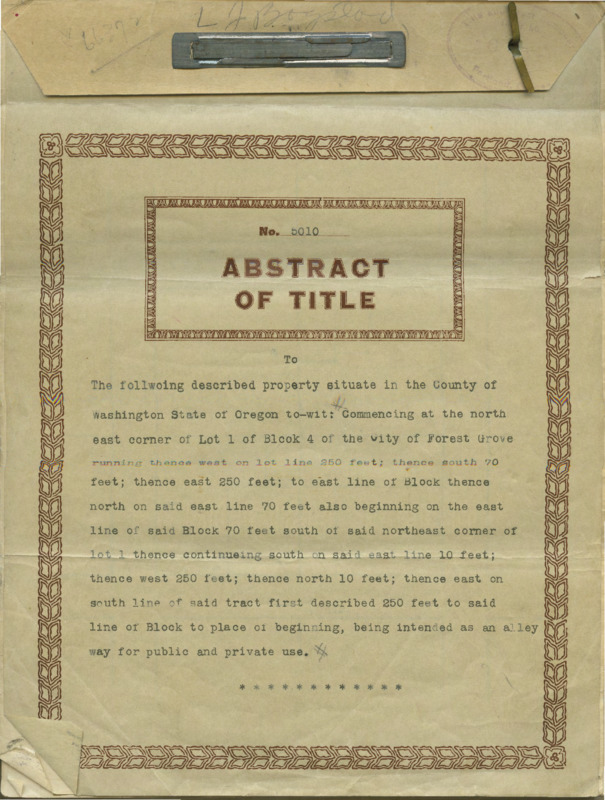 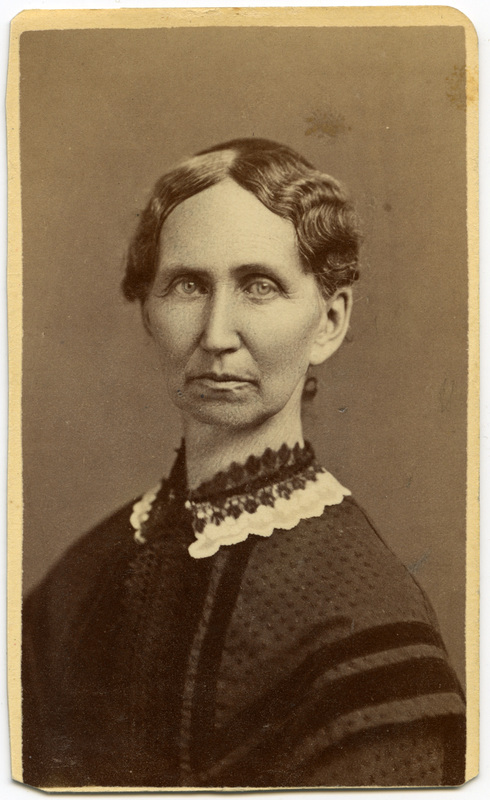 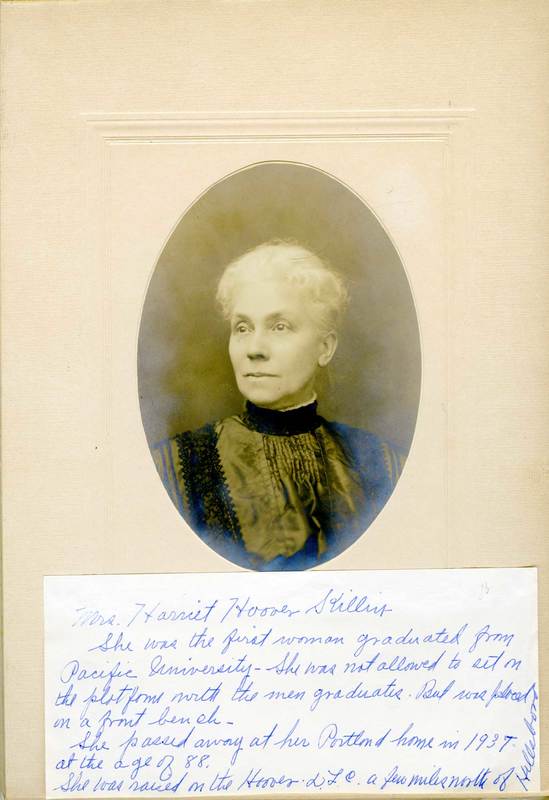