The early history of women’s athletics at Pacific University has not been as important as men’s athletics. As shown in the photographs below, during the late 1890’s women were limited in opportunities such as sports and activities they could participate in. In the late 1890’s archery was permitted because it was a feminist sport, so women were discriminated against in athletics when sports were first implemented at Pacific University. During the early years of women athletics there were some sports included to play such as basketball, but women were not given the same opportunities as males. There were rules that only applied to women’s athletic games, but men’s sports were treated with much less regulation. In the 1930’s women’s athletics became a little more popular at Pacific because of the Women Athletic Association. There were more women that participated, more sports, and more activities because this group pushed for more opportunities for women athletics. During the 1970’s was a major impact for women’s sports because Title IX was passed, but even though a political law stated women’s athletics were equal to men; Pacific still dealt with issues within the athletic program. As described in the report and documents below, women were still unsatisfied with the athletic program, but the school recognized those issues and planned to implement major changes. Women’s athletics at Pacific University has changed significantly and today women are now thriving in sports and are provided the same opportunities as male athletes. 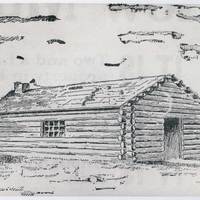