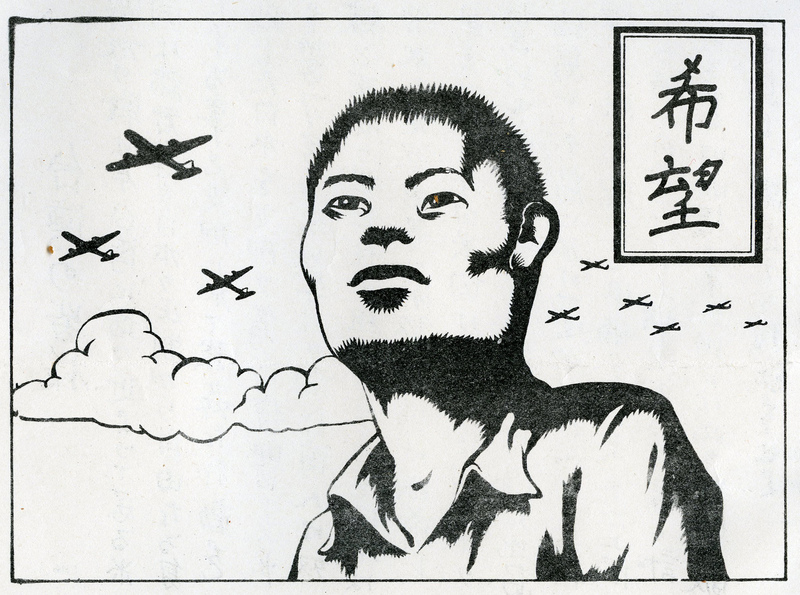 During World War II the Psychological Warfare Branch (PWB) of the South Pacific issued and airdropped thousands of propaganda leaflets intended for Japanese troops on the Philippine islands. However, the PWB also issued and airdropped fliers meant for civilian populations on the Philippine Islands and Formosa. These fliers were issued in English, Tagalog, Japanese and/or Chinese.  Some subject matter included advertising the return of General MacArthur and the arrival of President-in-Exile Osmena; warning of incoming bombardments; and giving directions on how to cooperate with American forces. The fliers issued for the citizens of Formosa address what the future held for Formosa once the war was over. 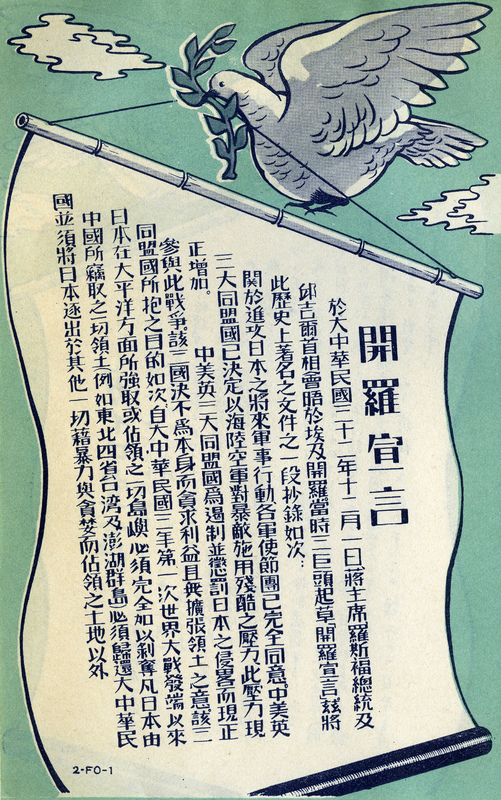 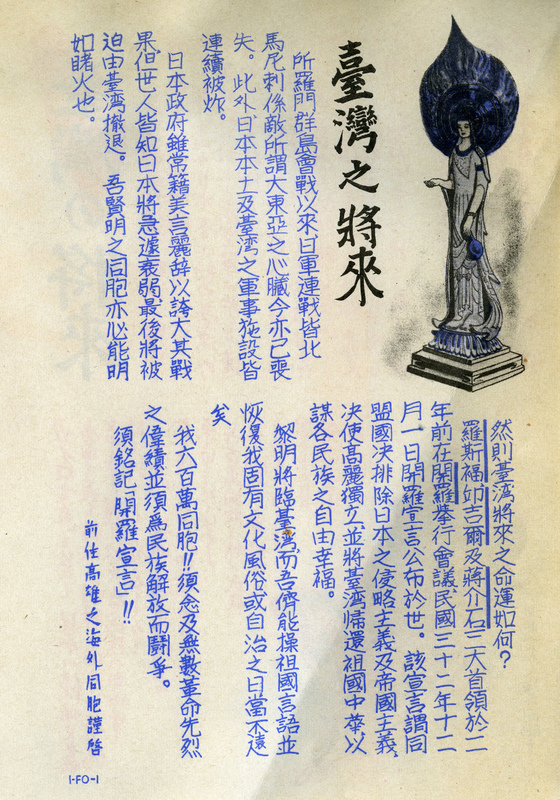 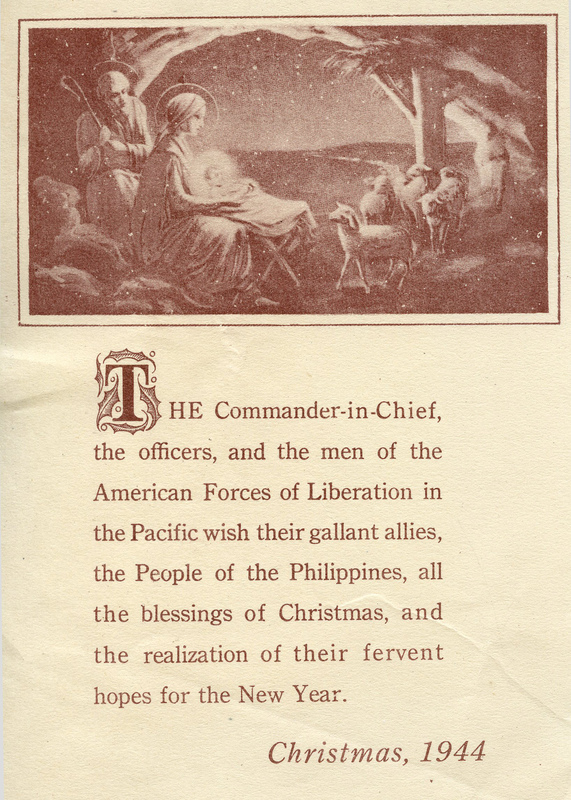 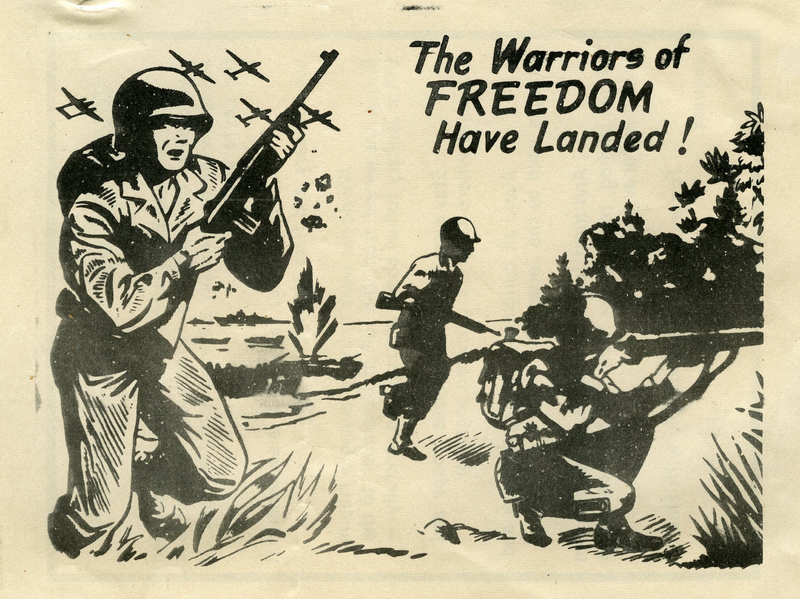