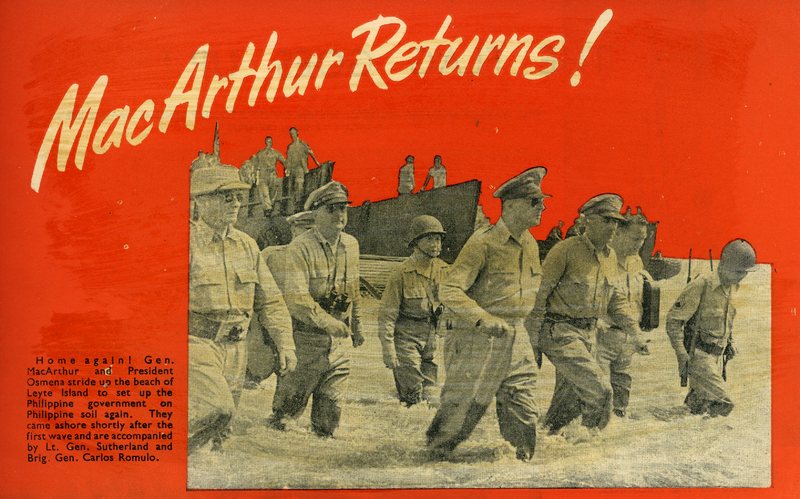 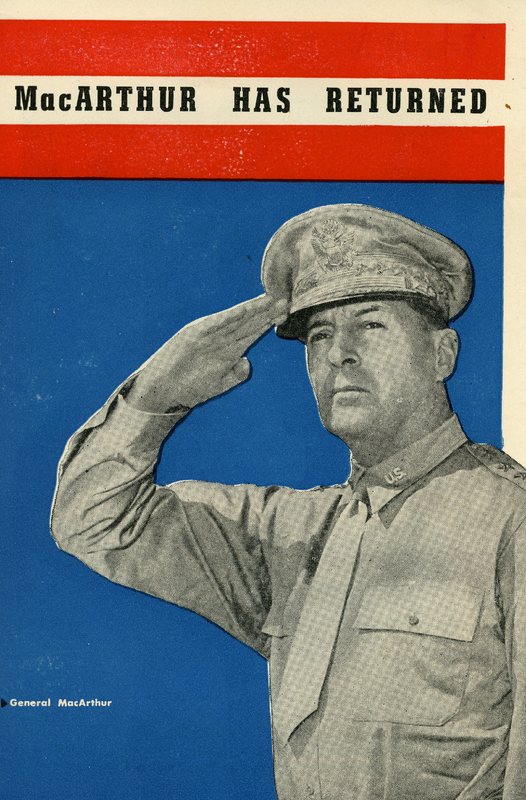 On December 7th, 1941 the Japanese Imperial Navy Air Service unleashed a surprise attack on the United States naval base in Pearl Harbor. General Douglas MacArthur was stationed on the Philippine Islands serving as the Commander of the U.S. Army Forces in the Far East on that fateful day. Despite the predetermined plan of bombing Formosa in the event of a Japanese attack, General MacArthur chose not to do anything after he received news of the attack on Pearl Harbor. Nine hours later the Japanese Imperial Navy Air Service attacked Luzon on the Philippine Islands as well, taking General MacArthur by surprise. After continued fighting for months, General MacArthur and 90,000 Filipino and American troops retreated to the Bataan Peninsula in March of 1942. President Franklin Delano Roosevelt ordered General MacArthur to flee to Australia, fearing he would be captured by the Japanese. On March 21st, 1942, General MacArthur arrived in Australia, famously declaring, "I shall return!".

On October 20th, 1944, General MacArthur finally returned to the shores of Luzon, fulfilling his promise. The now famous photograph taken of him striding knee-deep in the ocean, with a look of determination on his face belies the truth behind the moment. The subject of his pertinacious focus was not the Japanese troops but the U.S. navy beach master. General MacArthur waited impatiently offshore for the all clear for him to come ashore. When he asked the busy navy beach master for a smaller boat to escort him and his entourage ashore, the beach master quipped, "Walk in, the water's fine". MacArthur jumped into the ocean, scowling in anger at the beach master as he made his way to shore. General MacArthur, being a man that never missed a solid publicity moment, knew the photograph was gold when he saw it. His anger came across in the photograph as a staunch determination for victory over the Japanese.

The Psychological Warfare Branch of the Allied Forces in the Southwest Pacific Area used General MacArthur's return and the photograph in booklets and fliers to lift the spirits of Filipinos and Americans alike.