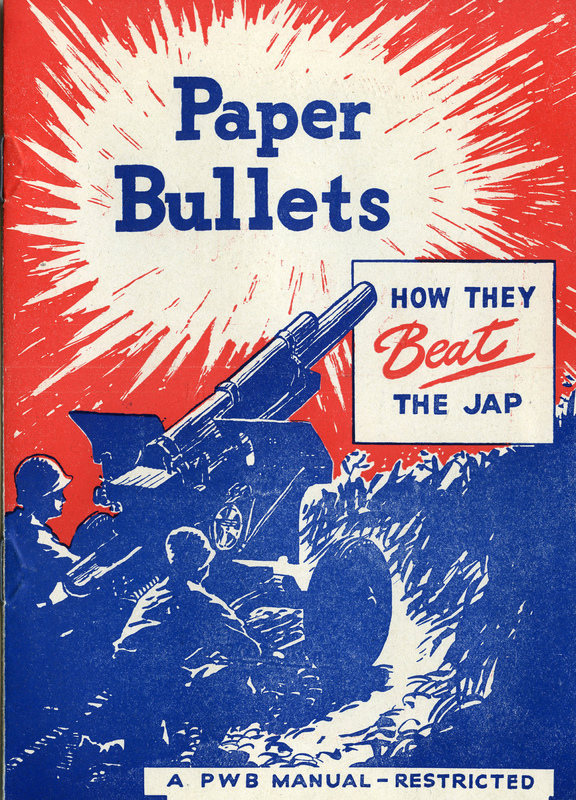 "Paper bullets: How they Beat the Jap" is an instructional booklet issued by The Psychological Warfare Branch (PWB) of the Allied Forces in the Southwest Pacific Area in 1944. The booklet gave step by step instructions to U.S. artillerymen on how to load the propaganda leaflets properly into an artillery shell and how to fire them to Japanese troops. The booklet asks the question, "What the hell kind of war is this firing leaflets to the enemy? Nobody ever got killed with a hunk of paper". The booklet explains to the artillerymen how firing leaflets at the Japanese was just as useful as firing actual shells because it is psychological warfare. The hope of the PWB was for the Japanese troops to surrender and provide useful information to the Allied Forces. Which in theory could expedite the end of the war.