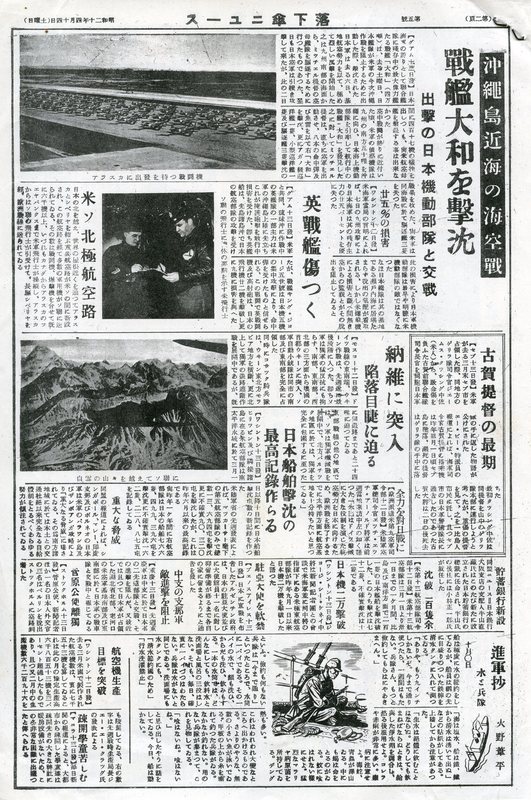 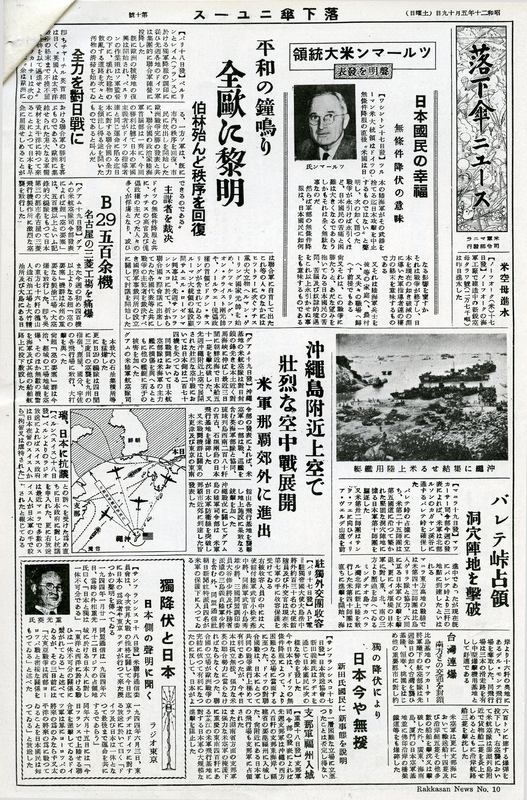 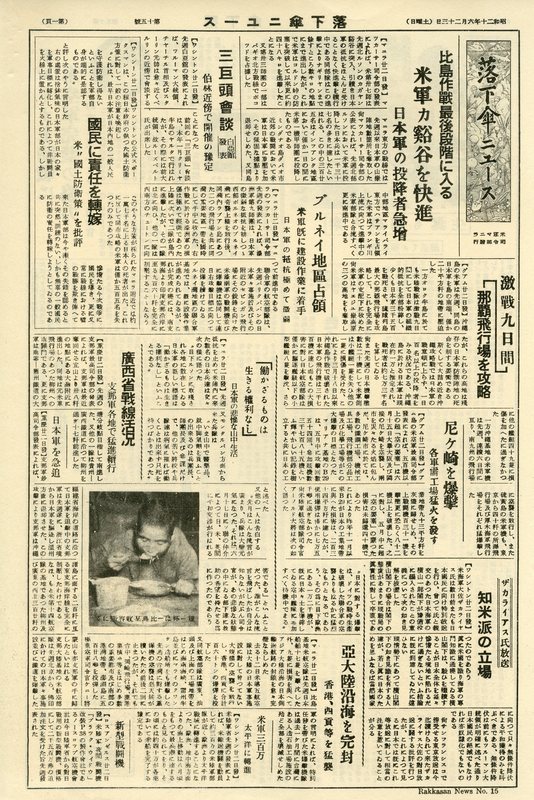 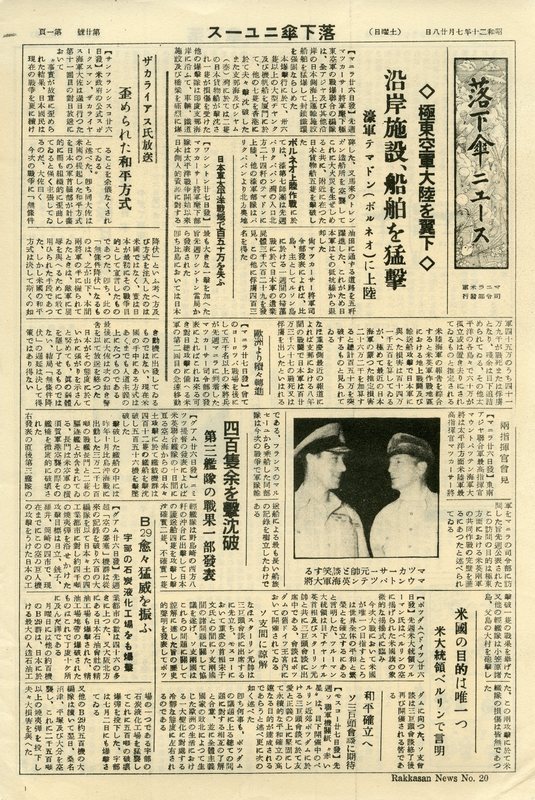 The Rakkasan Newspaper was issued by The Psychological Warfare Branch of the Allied Forces in the Southwest Pacific Area (PWB) between March and August 1945.  Two million copies of the Rakkasan Newspaper were printed weekly. The newspapers were initially air-dropped to Japanese troops on the Philippine Islands, but shifted to the Japanese home island toward the end of the war. Intended to give the Japanese troops and citizens the true state of the war, the newspaper also printed Japanese cartoons for entertainment value. The PWB used the Allied Translator and Interpreter section (ATIS) to produce the translations in Japanese. ATIS enlisted Nisei, or second generation Japanese-Americans, to provide the correct translations, as well as insight into Japanese customs and culture. This collection contains issues 5-12, 15-17 and 20-24.