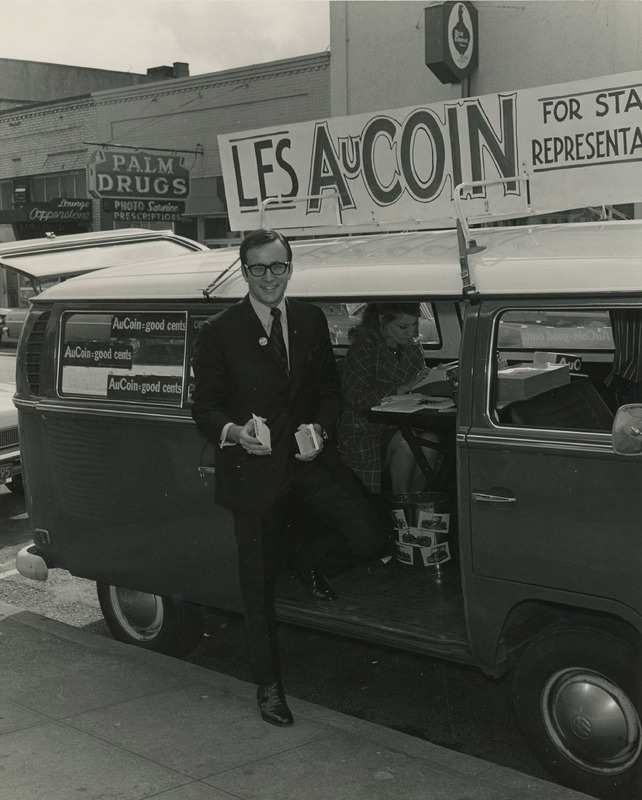 
While campaigning in Oregon for Eugene McCarthy's 1968 Presidential run, AuCoin developed lasting interest in politics. In 1970, when no other Democratic candidate appeared for the open seat in the Oregon House of Representatives, AuCoin decided to run against Republican E.G. Kyle. Bob Crane, a college friend who studied journalism with AuCoin, came on as AuCoin's campaign manager. Crane, who was a reporter at the Daily News, continued to work with AuCoin through his time in the US House, eventually becoming the chief of his congressional staff.

AuCoin used his experience door-to-door campaigning for McCarthy in his race against Republican E.G. Kyle. While Kyle’s campaign was the favorite to win, AuCoin visited 10,000 homes before the general election, with volunteers and canvassers visiting even more. In the last two weeks of the campaign, AuCoin built momentum with lawn signs and full-page newspaper advertisements. In the end, he won the election by twelve percentage points. The campaign established practices that appeared in AuCoin’s later campaigns, like the spaghetti dinner fundraiser, door-to-door campaigning, and the key roles of Bob Crane and Sue AuCoin. 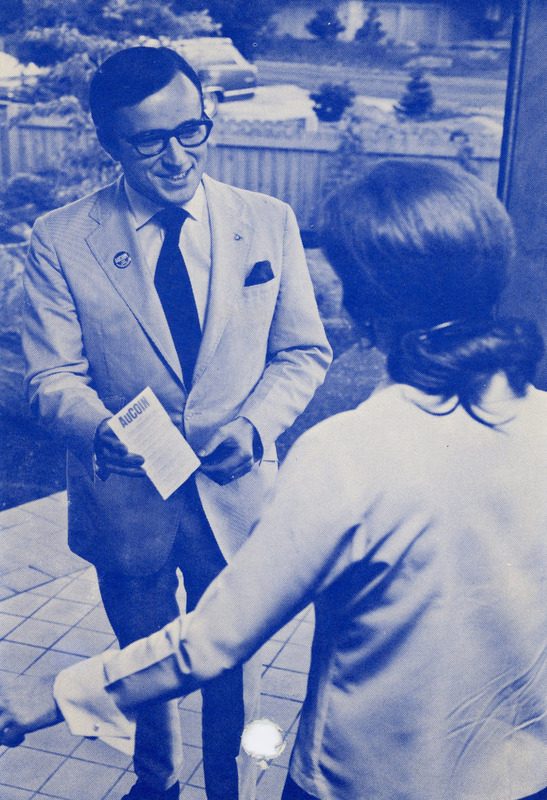 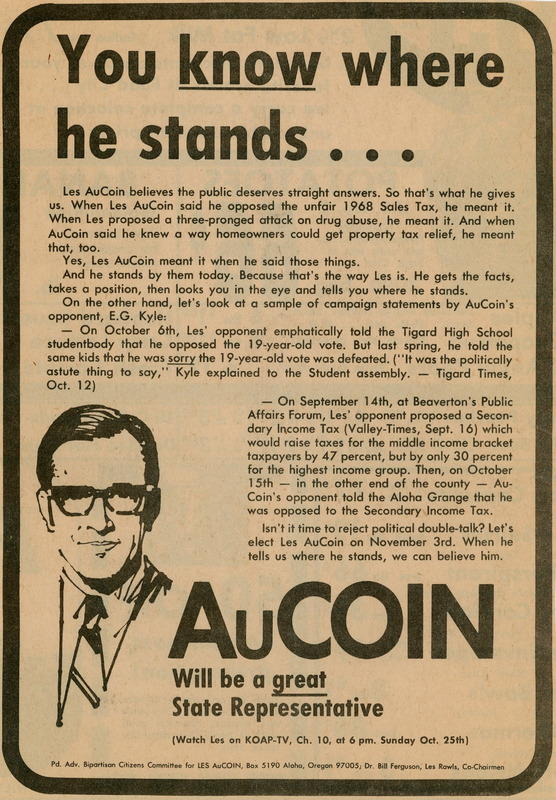 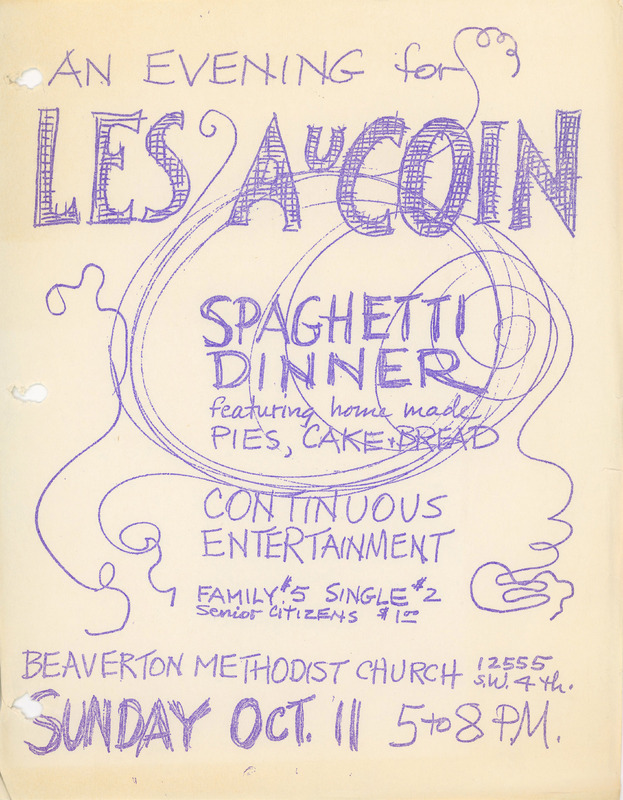