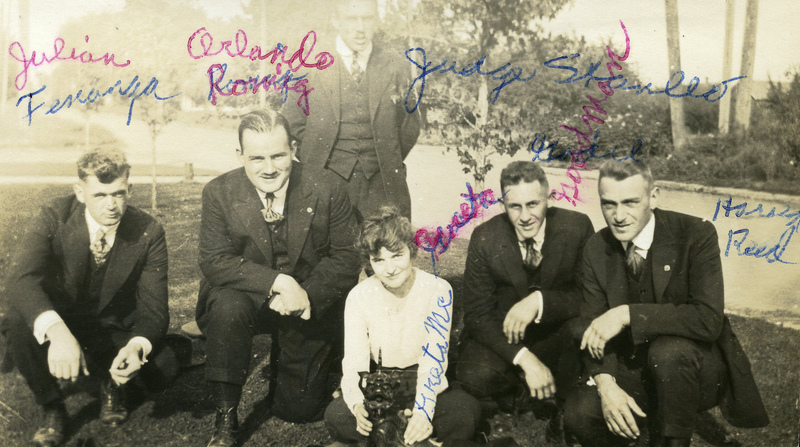 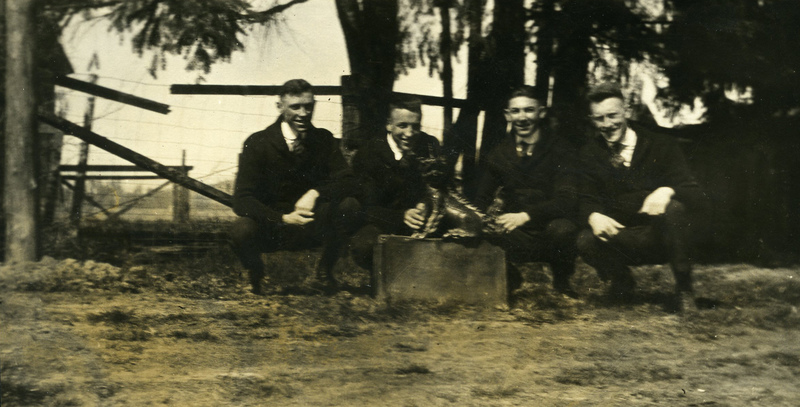 Pacific University's mascot, "Boxer," was a bronze Chinese statue that had been donated to the University in the 1890s. Greta Sheeley McIntyre documented Boxer's life during World War I and his return after the war ended in November 1918. (See more about the story of Boxer here .)

According to Greta, during World War I, Pacific University student Verle Stanley was in possession of Boxer's body, while fellow student Thomas Fowler had Boxer's tail. Both men enlisted in military service when World War I broke out. Verle Stanley hid Boxer's body in a flour bin at Mrs. Brown's house when he was called up to fight. Thomas Fowler chose to take Boxer's tail with him when he was called up. After the war ended, the two pieces were eventually reunited. Greta was able to hold Boxer for the first time after World War I. In some of these pictures Boxer is still missing his tail. Other pictures in her album document the Boxer mascot after his tail was returned. 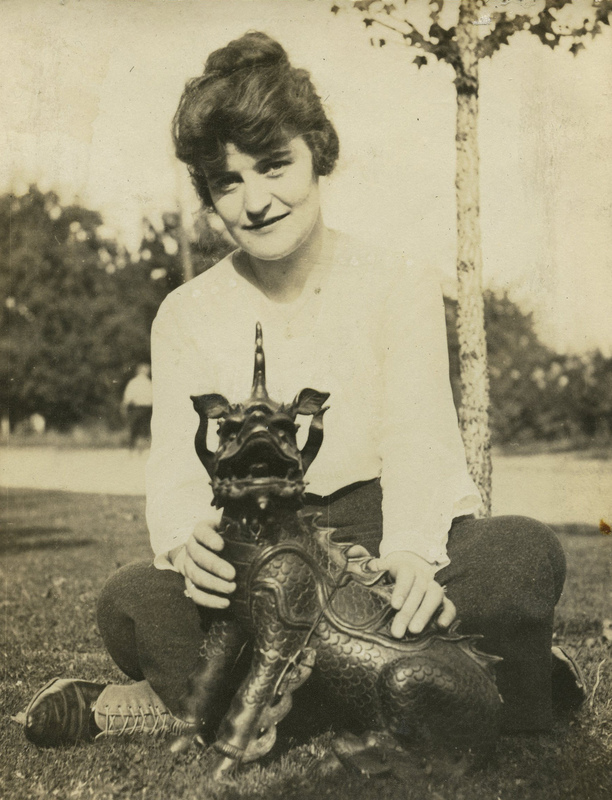 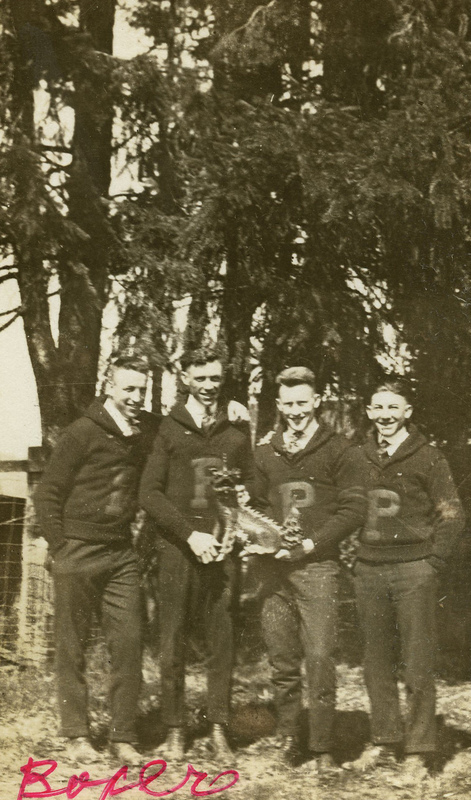 Group of Freshmen with Boxer 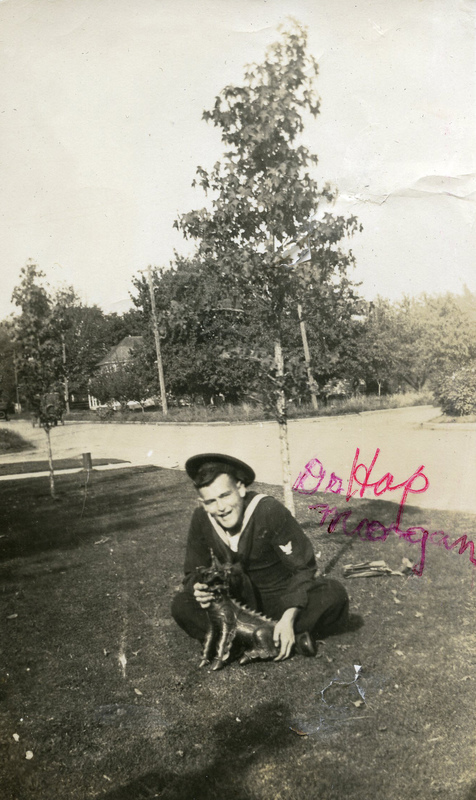 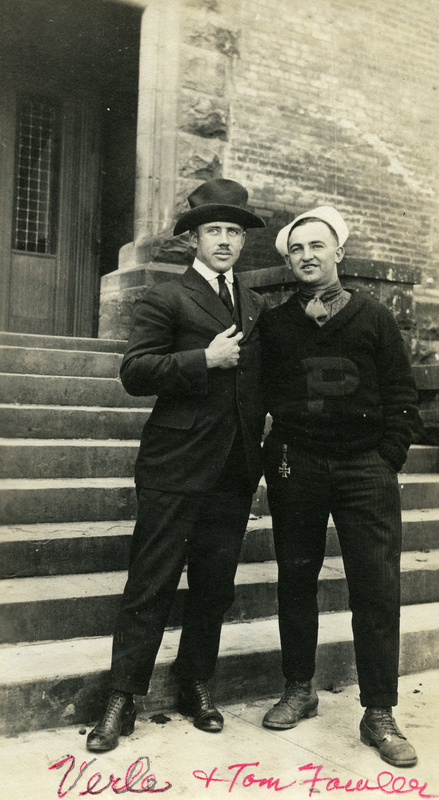 Students Who Possessed Boxer during WWI