Pacific University's mascot, "Boxer," was a bronze Chinese statue that had been donated to the university in the 1890s. Students would steal, hide, and then "flash" the statue, keeping it rotating from group to group. ( Read more about the university's Boxer traditions, which continue today.)

The Boxer spirit had been alive and well for several decades by the time Edith Hansen McGill arrived at Pacific University in 1926. Many older students at the time worried that the underclassmen had lost their excitement for Boxer.  As documented in The Index, the Pacific University newspaper, the senior class brought Boxer out of hiding for a Senior Breakfast held at the faculty cabin. They invited a select few underclassmen with the hopes of igniting the Boxer spirit once more.  There was a brief scuffle over Boxer when some underclassmen decided to try and steal him, but the seniors were able to once again walk away with him. The breakfast succeeding in getting the younger students interested in Boxer. At some point during her time at Pacific, Edith's friends got possession of the statue. She and a small group took numerous pictures of themselves having fun with the statue, holding him and staging various humorous poses.

Continue to the last section, showing Edith's participation in the May Day tradition at Pacific . 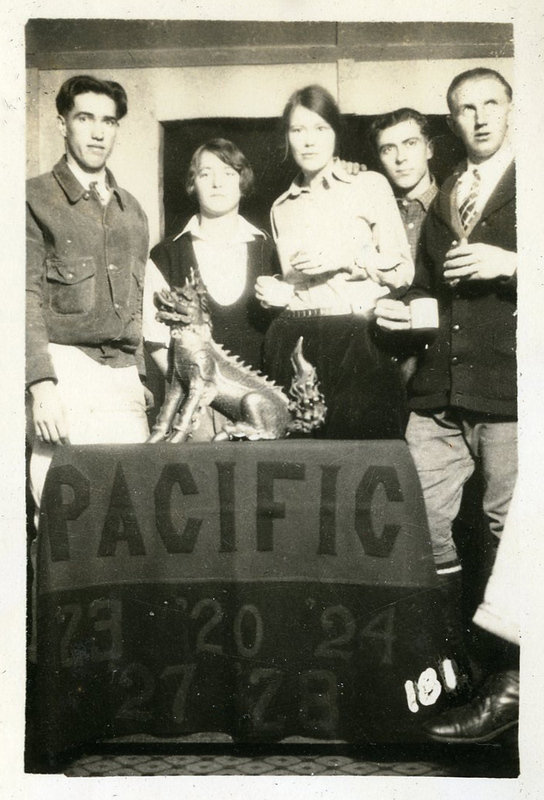 Boxer on the Senior Blanket 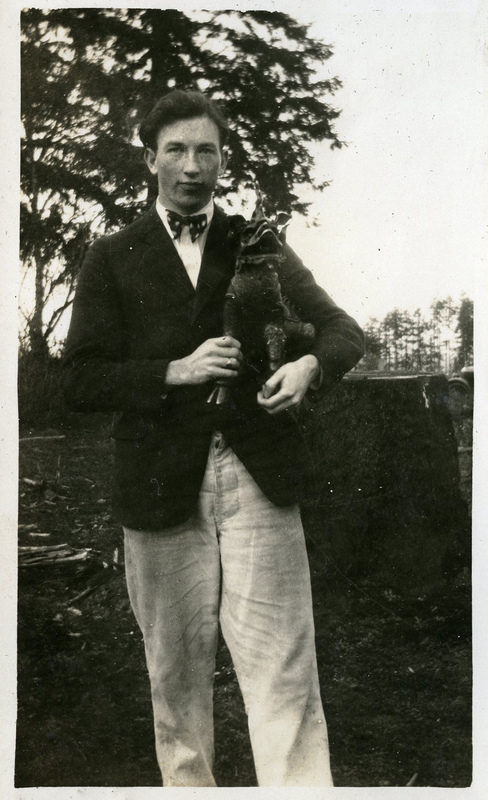 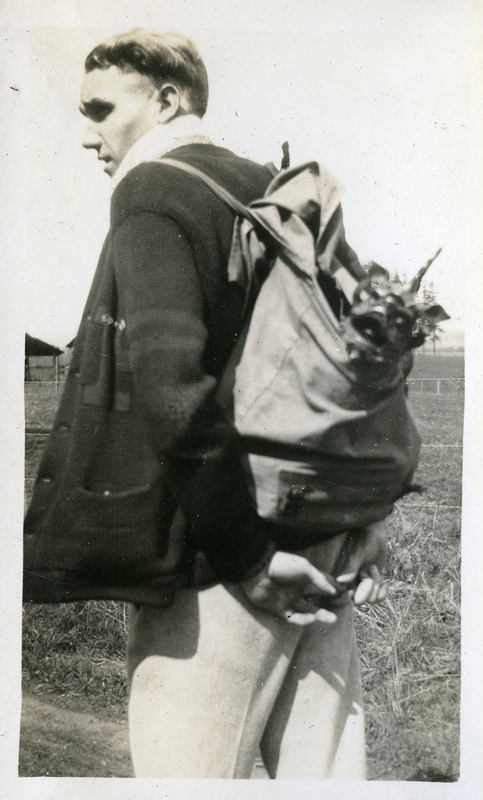 Boxer in a Backpack 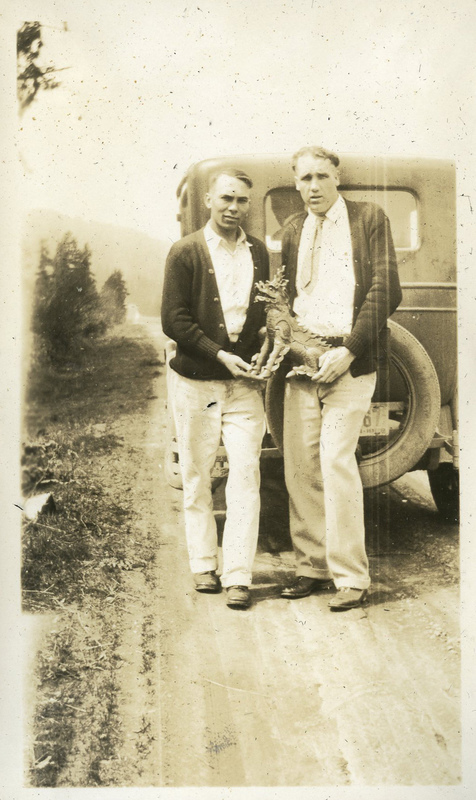 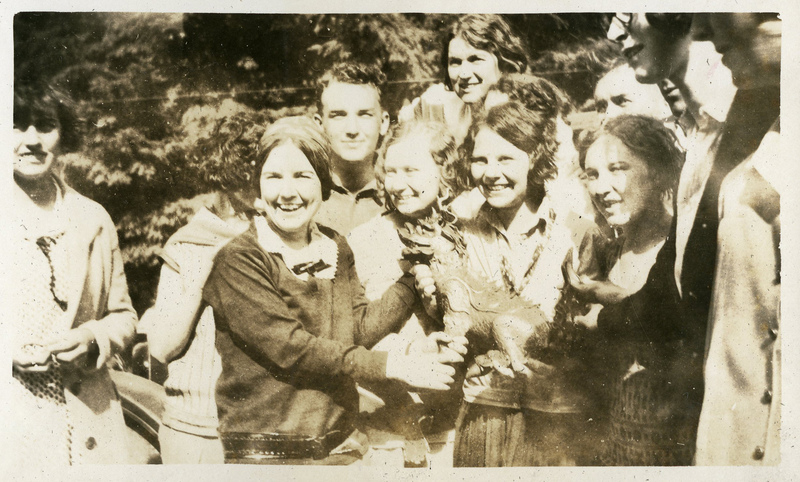 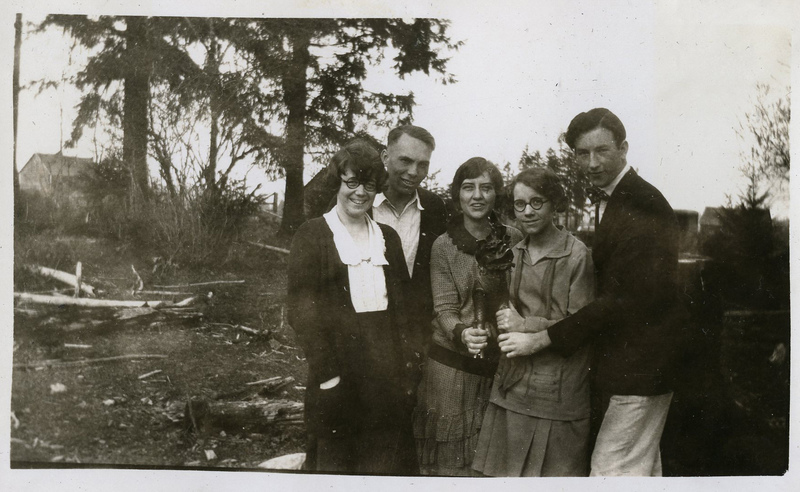 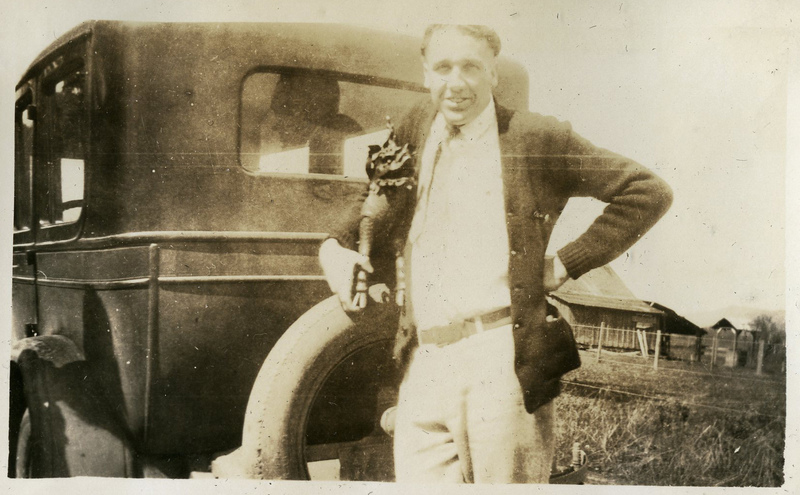 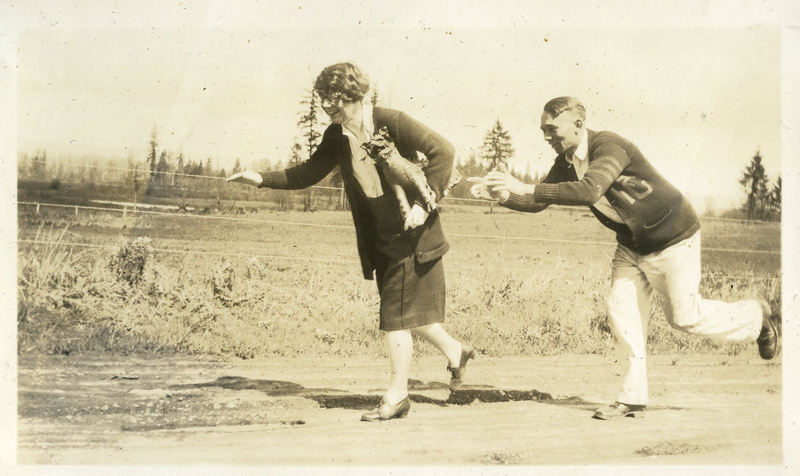