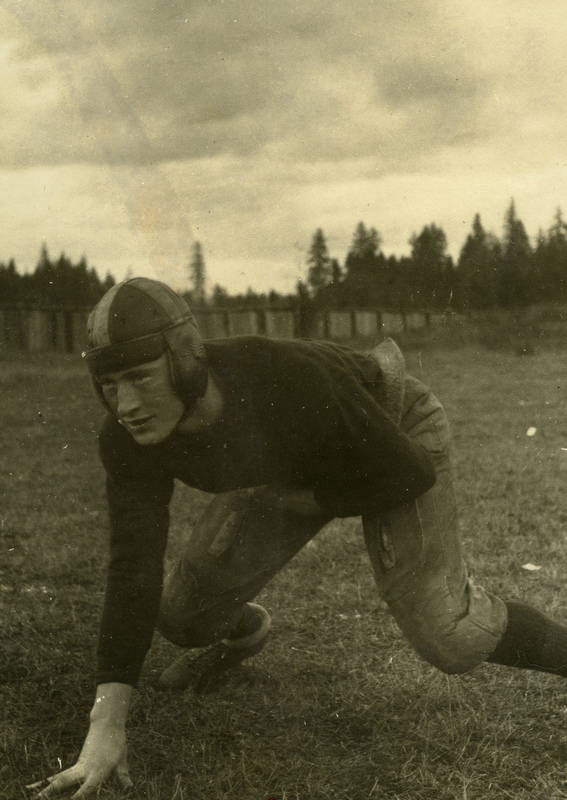 The Pacific University baseball team took a hiatus during World War I. In 1917, the team voted to discontinue the baseball season and substitute their time with military drills. The only game played that year was for a special game during the May Day Celebration. Other sports followed suit. Greta McIntyre Sheeley's photograph album documents the return of male team sports after the end of World War I in April 1918. Women's sports also existed at this time, but Greta did not save any pictures. (See this page for more about early women's athletics at Pacific .) 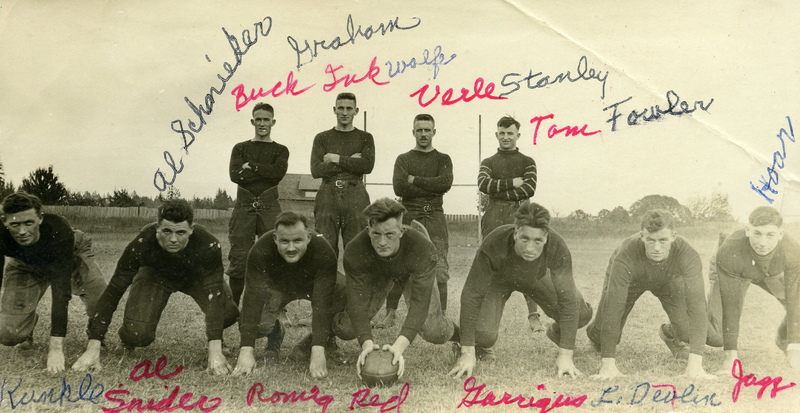 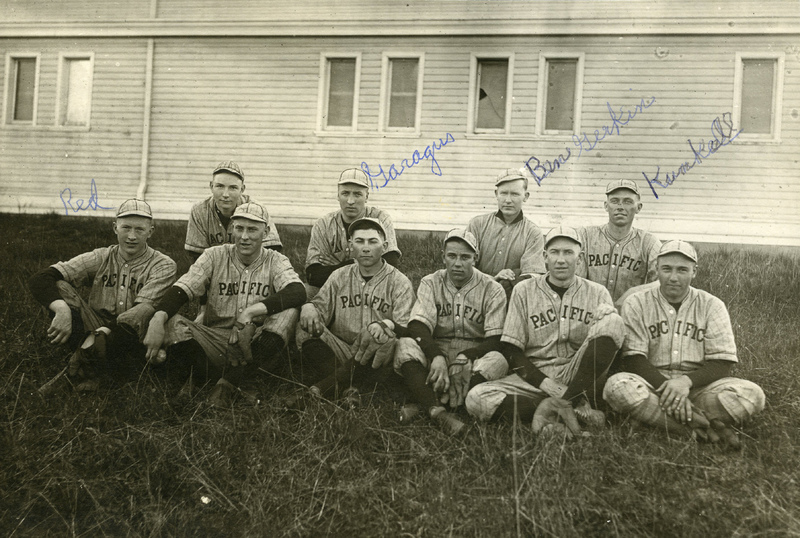 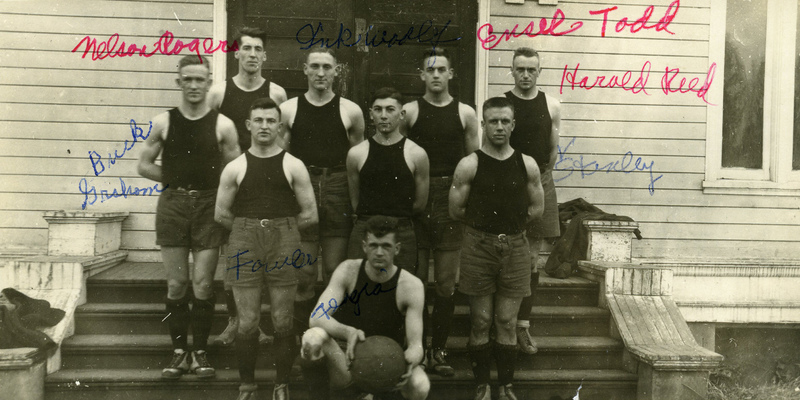 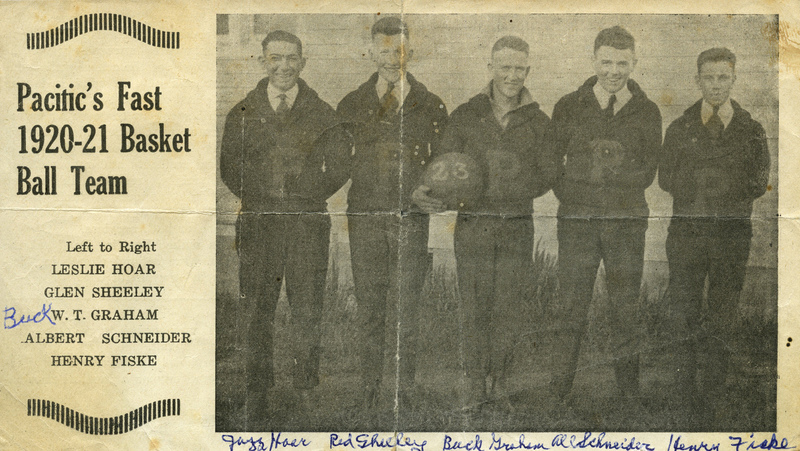